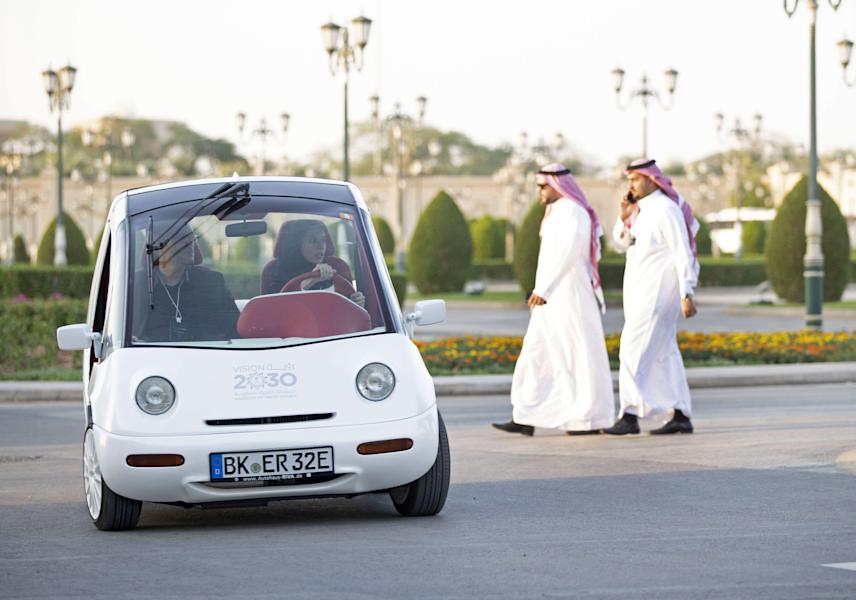 Saudi Arabia said that at least 30% of cars in its capital would be electric by 2030, as the world’s biggest oil exporters seeks to reduce planet-warming emissions.
The target, announced on Saturday at the start of a Saudi climate conference, is part of a plan to halve carbon emissions in the city of 8 million people over the next nine years, said Fahd Al-Rasheed, president of the Royal Commission for Riyadh City.

The goal to boost EVs in Riyadh comes as more countries attempt to reduce or phase-out internal combustion engines run on gasoline and petrol. China aims for 25% of new vehicles to be electric by 2025. The U.K. plans to end sales of new fossil-fuel vehicles by 2030.

“We want to make sure that we reduce our carbon footprint, and that’s the best way to do it,” Al-Rasheed said in an interview with Bloomberg.

It’s unclear if the rest of Saudi Arabia will follow Riyadh’s lead or if the city eventually wants to make EV vehicles mandatory.

Saudi Arabia’s sovereign wealth fund has been investing in EVs for several years, including in Tesla rival Lucid Motors Inc.

California-based Lucid is in talks with the fund to build an EV factory in the kingdom, according to people familiar with the matter. Australia’s EV Metals Group Plc recently announced a project to invest $3 billion in Saudi Arabia to process minerals used in EV batteries .
#tesla
Add Comment