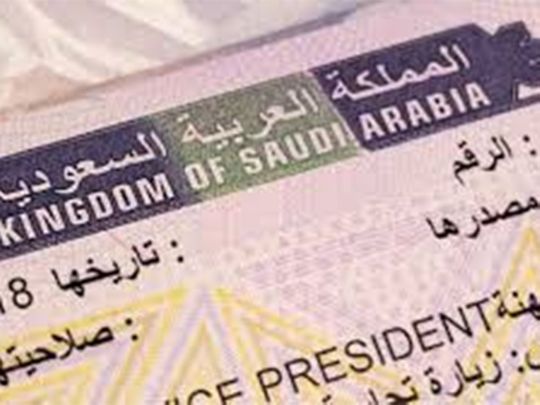 Employers allowing workers to work for others or be self-employed face jail, fine
Saudi Arabia’s General Directorate of Passports (Jawazat) said visit visas issued for family members may not be turned into residence visas.

Jawazat added on its Twitter account instructions do not provide for that. “In the event any new decisions or instructions are issued, these will be ... announced via our official channels,” it said.

The clarification came as part of Jawazat’s response to a citizen who inquired about an advertisement regarding converting a visit visa into a residence visa.

Accounts on social media have falsely claimed it is possible to convert a visit visa into a residence visa for a fee, despite government agencies saying it is not true.

Earlier, Jawazat said employers who allow their workers to work for others or be self-employed will face a jail term of six months and fines of up to SR100,000.

It added that offenders will also face a recruitment ban for five years and be deported if they are foreigners. The fine will be multiplied by the number of people involved in the violation.

Jawazat had earlier warned that a jail term of six months and fines amounting to SR50,000 would be slapped on self-employed expats.

The self-employed expatriate will be deported after serving the jail term and payment of fines.
Add Comment