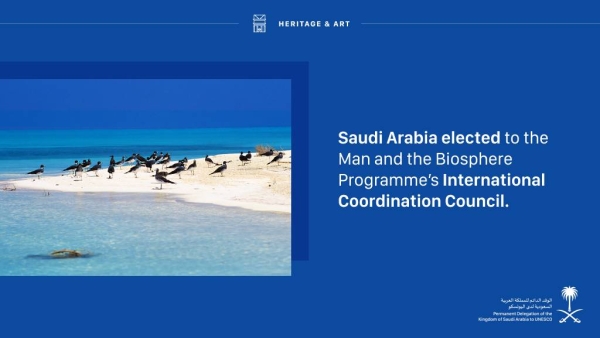 Saudi Arabia won the membership of the International Coordination Council for the Man and Biosphere (MAB) Program, affiliated to the United Nations Educational, Scientific and Cultural Organization (UNESCO).
The winning came during elections at the 41st session of the UNESCO General Conference, currently being held in the French capital, Paris, held to join MAB Council for (2021-2025) among 16 countries.

The World Network of Biosphere Reserves includes 727 protected areas distributed in 131 countries around the world, including 22 transboundary reserves, including "Farasan Islands", which was registered as the first Saudi reserve on the list of UNESCO's Global Network of Biosphere Reserves on September 15, during the activities of the 33rd Session of MAB.
Add Comment