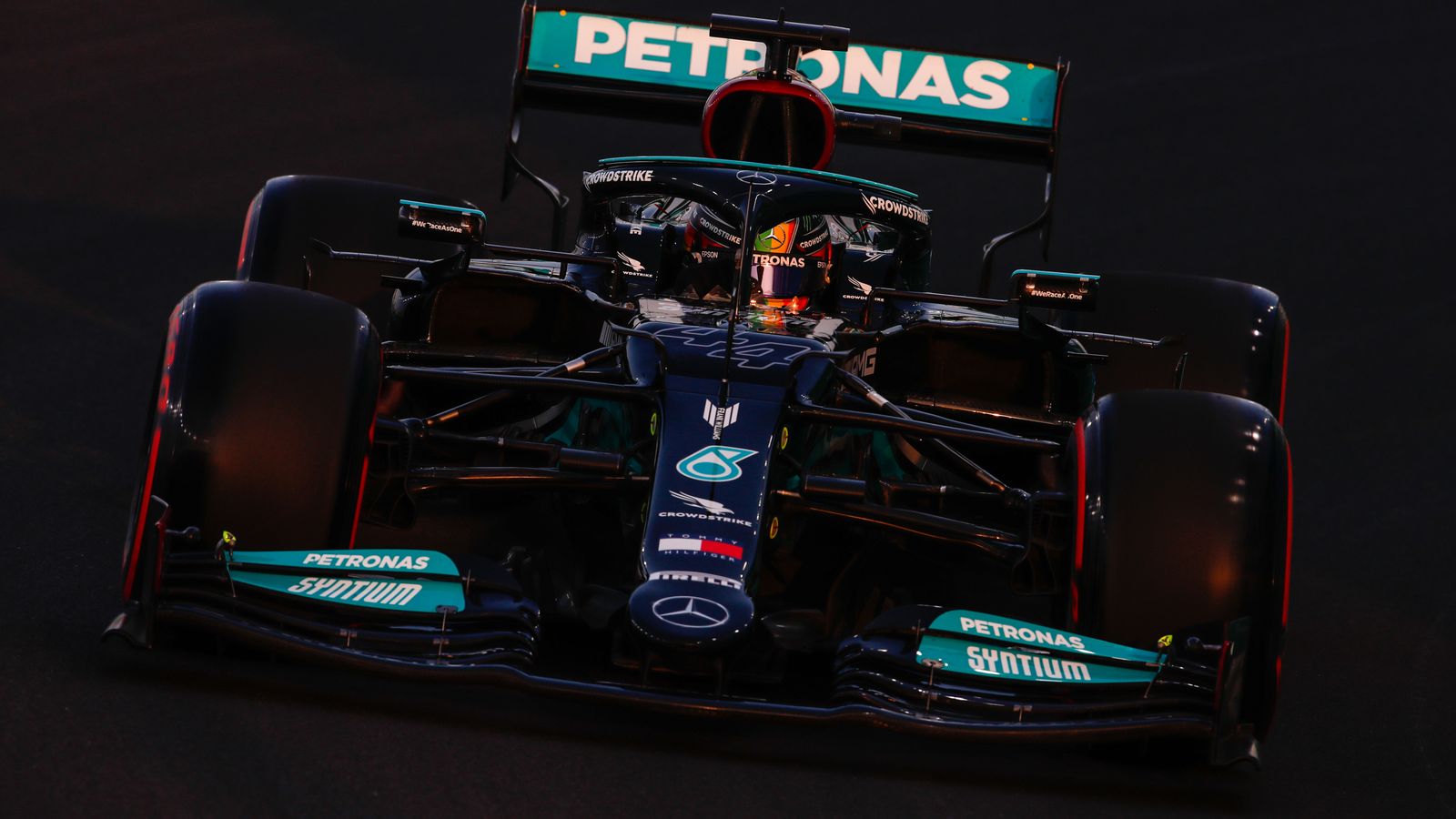 Lewis Hamilton made the fastest start in Formula 1's maiden practice session on the brand-new Jeddah street circuit - but Max Verstappen finished fractionally behind - at the start of the season's penultimate round in Saudi Arabia.

Mercedes are considered favourites for this weekend given the power-sensitive nature of the narrow but sweeping track and the world champions finished at the head of the timesheet with Hamilton's early benchmark for the 27-corner layout of 1:29.786.

But Verstappen had led the early running for Red Bull when on the hardest tyre and with his final lap of the session moved to within 0.056s of his title rival on the same soft compound.

Verstappen leads Hamilton by eight points in the standings and could clinch his maiden title on Sunday, although requires a big 18-point swing in his favour to avoid a showdown with the seven-time world champion next week in Abu Dhabi.

"I thought it was quite a statement he made there," said Sky F1's Martin Brundle of Verstappen's pace out of the blocks.

"Of 'I'm turning up in these two weekends to win the world championship'. He came out of the traps absolutely flying and left nothing really much to the imagination through some of the corners.

"But when the final reckoning came, Lewis had the edge."

With drivers and teams finding the new surface to offer more initial grip than expected, there were no major incidents during the opening hour of running around the wall-lined track - although Verstappen and Alpine's Esteban Ocon nearly tripped over each other at the first corner.

Valtteri Bottas, who described the track as "cool" over team radio, was third fastest ahead of AlphaTauri's ever-impressive Pierre Gasly and Antonio Giovinazzi, a surprise top-five finisher for Alfa Romeo.

The Ferraris were next up, Carlos Sainz followed by Charles Leclerc, with Daniel Ricciardo rounding out the top eight for McLaren.

But Red Bull's Sergio Perez will be aiming to make up ground in the evening's practice session - which takes place at 8pm local time, 5pm in the UK - under the circuit's expansive floodlighting system after ending the opening session down in 11th place.