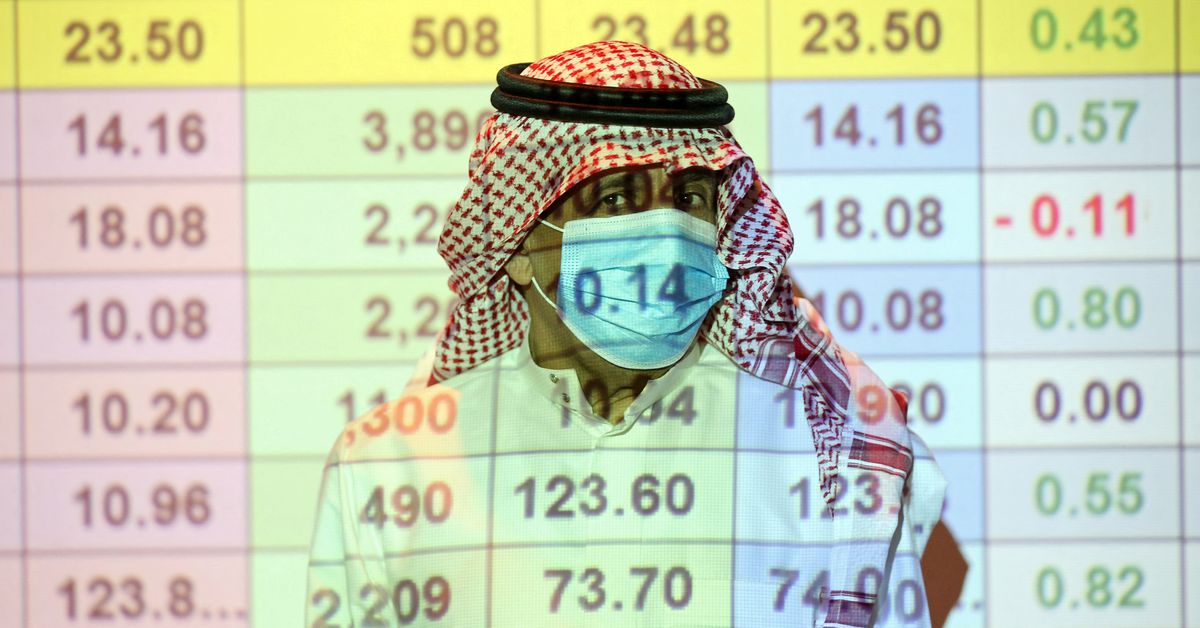 Stock markets in the Gulf were mixed in early trade on Monday, with the Saudi index outperforming the region as oil prices rose.
Oil prices, a key catalyst for the Gulf's financial markets, extended their rally as investor appetite improved amid a growing view that the Omicron coronavirus variant may not cause severe illness and will likely have a limited impact on global fuel demand.

The kingdom said on Sunday it expected to post its first budget surplus in nearly a decade next year, as it plans to restrict public spending despite a surge in oil prices that helped to refill state coffers hammered by the pandemic.

Riyadh plans to reduce military spending next year by around 10% from its 2021 estimates, the budget showed, a sign that the cost of the military conflict in neighbouring Yemen has started to ease.

Gulf exchanges are likely to have another busy year of initial public offerings (IPOs) in 2022, possibly surpassing this year's bumper crop, Reuters reported on Sunday, citing a Bank of America (BAC.N) executive.