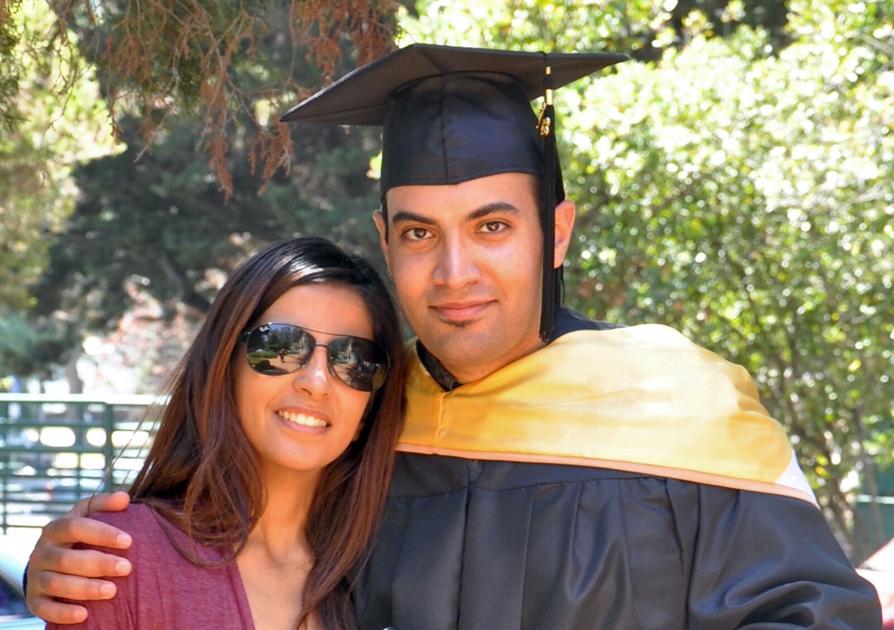 Saudi case against Twitter user may have its roots in US

A Saudi humanitarian aid worker's anonymous Twitter account used for satire about Saudi Arabia's economy landed him in prison in the kingdom over three years ago.
But the story may have roots in an elaborate ploy that began in Silicon Valley and sparked a federal case against two Twitter employees accused of spying for the kingdom.

The case, spanning from San Francisco to Riyadh, reveals Saudi Arabia's continued efforts at suppressing criticism of Crown Prince Mohammed bin Salman and shines a spotlight on the lengths to which the kingdom has gone to target perceived critics.

For Areej al-Sadhan, a dual Saudi-U.S. citizen living in California, the saga began on March 12, 2018, when plain-clothed security forces entered the office of the Red Crescent in Riyadh, where her younger brother, Abdulrahman al-Sadhan, was working.

The men took her brother away, without any explanation.

“It was like he disappeared off the face of the earth ... there was no trace of him at all,” she said.

That same year, the crown prince oversaw an unprecedented crackdown against activists, rivals and perceived critics as he amassed power. The year culminated in the gruesome killing of Washington Post contributing columnist and dissident Jamal Khashoggi by Saudi agents in the Saudi Consulate in Turkey in late 2018.

As months went by, word reached al-Sadhan's family that he was being held in a secret location and subjected to abuse: beatings, electrocution, sleep deprivation, verbal and even sexual assault.

Then, in February 2020, nearly two years after his disappearance, a relative's phone rang. It was al-Sadhan. He confirmed he was alive and being held in al-Ha'ir Prison on the outskirts of the Saudi capital. A year later, he called again to tell them he would be released soon.

But he was never freed. In April, the anti-terrorism court where he was tried handed down a shockingly long prison sentence of 20 years for al-Sadhan, followed by a 20-year travel ban. Rights groups note that under the ruling, al-Sadhan, 37, will not be truly free until he is 77 years-old.

U.S. House Speaker Nancy Pelosi commented on Tuesday on Twitter that al-Sadhan’s sentencing “was a grave injustice, continuing Saudi Arabia’s assault on freedom of expression.” She said Congress is closely monitoring Abdulrahman’s appeal efforts and “all human rights abuses by the regime.”

This week, al-Sadhan appealed the ruling; his next appeal hearing is scheduled for Sept. 13.

Charges against al-Sadhan are unclear, but they are related to Saudi cybercrime laws and national security matters in connection to an anonymous Twitter account he purportedly ran that was critical of the kingdom's economic polices. Twitter is a key space for Saudis to express their views, and millions of Saudis are active users.

His sister says someone close to an FBI investigation told the family that his account is believed to be among a list of accounts whose identities were leaked to the Saudi government by spies planted in the U.S. tech company.

“They shared a list of different Twitter handles, and the handle that we believe belonged to my brother was among them,” she said.

Rights activists say at the time of al-Sadhan’s arrest in early 2018, several other Saudis who ran anonymous Twitter accounts critical of the government were also detained in the kingdom. Saudi Arabia has not commented on their arrests.

U.S. federal prosecutors are currently pursuing a case in California against three men accused of acting on behalf of the Saudi government as secret agents throughout 2015.

An FBI complaint alleges that Ahmad Abouammo, a U.S. citizen who was media partnerships manager for the Middle East at Twitter, and Saudi citizen Ali Alzabarah, who worked as an engineer at Twitter, used their position to access confidential Twitter data about users, their email addresses, phone numbers and IP addresses that can give up a user’s location. A third man named in the complaint is Saudi citizen Ahmed Al-Mutairi, who is said to have worked with an unnamed member of the Saudi royal family as an intermediary.

The FBI complaint alleges that user data of over 6,000 Twitter accounts was accessed, including at least 33 usernames for which Saudi law enforcement had submitted emergency disclosure requests to Twitter.

Arrest warrants were issued for the two Saudi men, who have since left the U.S., while Abouammo was arrested in November 2019 and released on bond. He had pleaded not guilty.

Back in Riyadh, al-Sadhan is being kept in solitary confinement with only a court appointed lawyer allowed to defend him. His father has only been able to speak to him briefly in court in the presence of guards.

In California, his sister Areej said the timing of his sentencing in April appears to be linked to a decision by President Joe Biden to stop short of sanctioning the crown prince after the release in February of a highly sensitive intelligence assessment that determined he approved the operation that killed Khashoggi in Turkey.

“A shift happened after MBS felt immune that he’s not going to be punished for Khashoggi’s murder and the other human rights violations,” she said, referring to the crown prince by his moniker.

She said when her brother returned to Saudi Arabia in 2014 after completing a business degree at Notre Dame de Namur University in California, he struggled to find work. He was aware of the vast wealth disparities in his country, and the challenges young Saudi men and women face in finding jobs.

“He wasn’t an activist or super interested in politics, but he was compassionate and cared deeply about people,” she said.
#joe biden  #jamal khashoggi
Add Comment