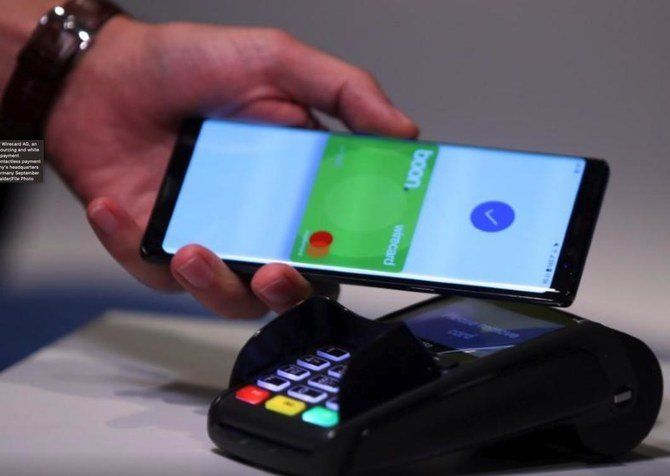 The value of contactless point-of-sales transactions in Saudi Arabia jumped 147 percent in the first half of 2021 from a year earlier as consumer embraced the use of smart devices in retail environments.
More than 2.1 billion contactless transactions valued at SR203 billion ($54 billion) were made in the six months through the end of June, representing 94 percent of all point-of-sale payments, government body Saudi Payments said in a statement.

Use of smart devices, such as mobile phones, to make payments increased by 310 percent to 724 million transactions valued at SR56 billion, or 34 percent of all contactless payments.

The 450 percent number of shops accepting mada e-commerce payment methods grew 450 percent to 28,000 stores as the number of e-commerce transactions carried out using the government platform rose 112 percent to 146 million for a value of SR31 billion.

Saudi Payments has been investing in its digital infrastructure, in line with the Kingdom’s Saudi Vision 2030 Financial Sector Development Program, which seeks to transition to a society less dependent on cash, and achieve 70 percent electronic transactions by 2030.

A report this week showed Saudi youth are using less cash compared with other age groups.

Only 18 percent of Saudis aged between 16 and 22 years use cash, while almost half of people who are 60 and above use cash till date, a report by Fintech Saudi showed.

The report also showed that 20 percent of the population in central region of Saudi Arabia, which includes the capital Riyadh, use cash in their everyday transactions, while 37 percent of those living in the western region use paper money in their daily dealings.
Add Comment