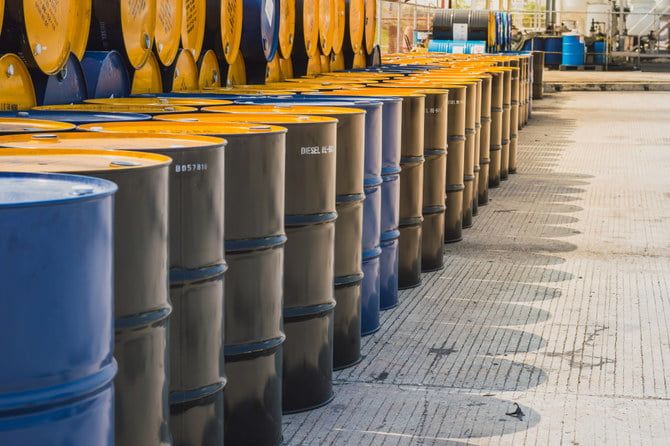 Saudi Arabia’s crude oil exports in September rose to 7.72 million barrels per day from 7.60 million bpd in August, the International Energy Forum said on Thursday, citing data from the Joint Organizations Data Initiative
The Kingdom saw a 1.6 percent rise in its crude oil exports from August, sustaining its more than two-year record high.

JODI data indicated that September, the fourth month in a row to witness an increase, had recorded its highest volume since April 2020.

This marked the fourth time on record that the Kingdom surpasses the 11 million bpd, the JODI data showed.

The largest petroleum product imported by the Kingdom in September was fuel oil, amounting to 204,000 bpd, and the largest product exported was gas/diesel oil with a total of 692,000 bpd.

The data revealed that Naphtha was the petroleum product most transferred, with 111,000 bpd of the total 405,000 bpd in September.

As the global economy remains unstable, the Organization of the Petroleum Exporting Countries is expected to remain cautious in its oil production policy when it meets next month, said the energy minister of OPEC’s de facto leader Saudi Arabia, Prince Abdulaziz bin Salman.

Speaking to Bloomberg on the sidelines of the COP27 summit in Egypt, Prince Abdulaziz said OPEC+ must be "cautious" in its approach.

He said: “It’s about being responsible and not losing sight of what the market requires."

Even though the actual reduction is to be around half the actual target, at 1.1 million bpd, it still is the largest cut since the record production cut reported in April of 2020 when oil demand plunged at the begining of the pandemic.
Add Comment