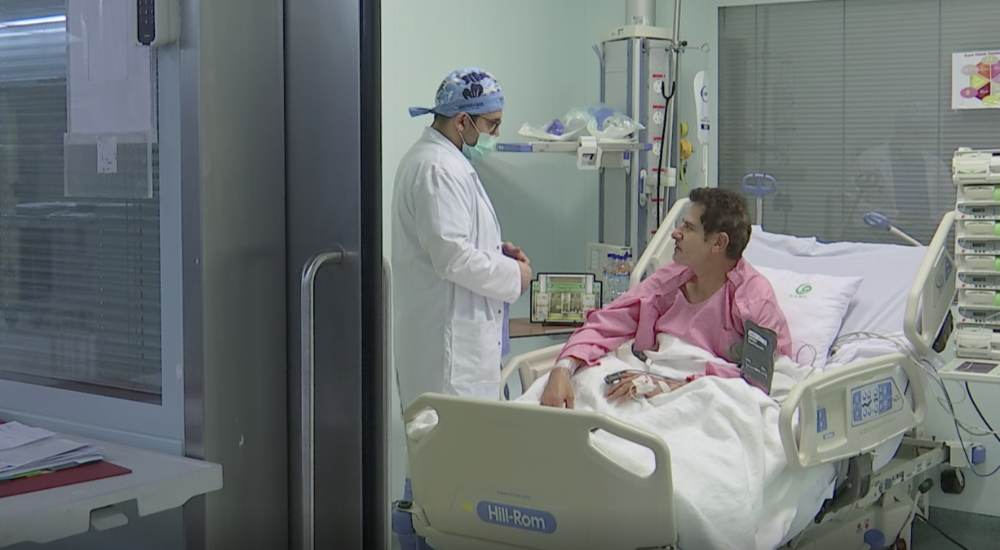 Medical staff at King Abdullah Medical City (KAMC) in Makkah on Sunday saved the life of yet another pilgrim who suffered a heart attack while performing Hajj rituals, the Saudi Ministry of Health said.

The pilgrim was identified as Mohammad Reza Gholamreza Refatiani, head of the Iranian medical mission that accompanied the country’s Hajj delegation this year, the ministry said in a statement carried by the Saudi Press Agency. Refatiani, who is 60 years old, was first taken to Ajyad Hospital when he complained of chest pains. He was then transferred to KAMC as a life-saving case.

“Doctors performed a first catheterization procedure that opened the posterior left coronary artery, which had been widened and stented. After doctors noticed that Refatiani’s pain persisted, he was subjected to a second catheterization operation to expand the left anterior coronary, remove the stenosis he suffers, and place a stent using the latest advanced technology represented by video technology for coronary arteries,” the statement said.

Dr. Mohammed Al-Ateen, a consultant cardiologist who attended to the case, pointed to the effectiveness of the emergency system in place to serve pilgrims, which enables the quick transfer of patients to hospital after the appearance of symptoms of a severe heart attack.

Refatiani’s case was dealt with at a record speed, which contributed to saving the life of the Iranian pilgrim, Al-Ateen said.

As of Sunday, the government’s network of hospitals and health centers in Makkah, Arafat, Muzdalifah, Mina, Jamarat and Taif, have provided health services to more than 93,229 pilgrims. 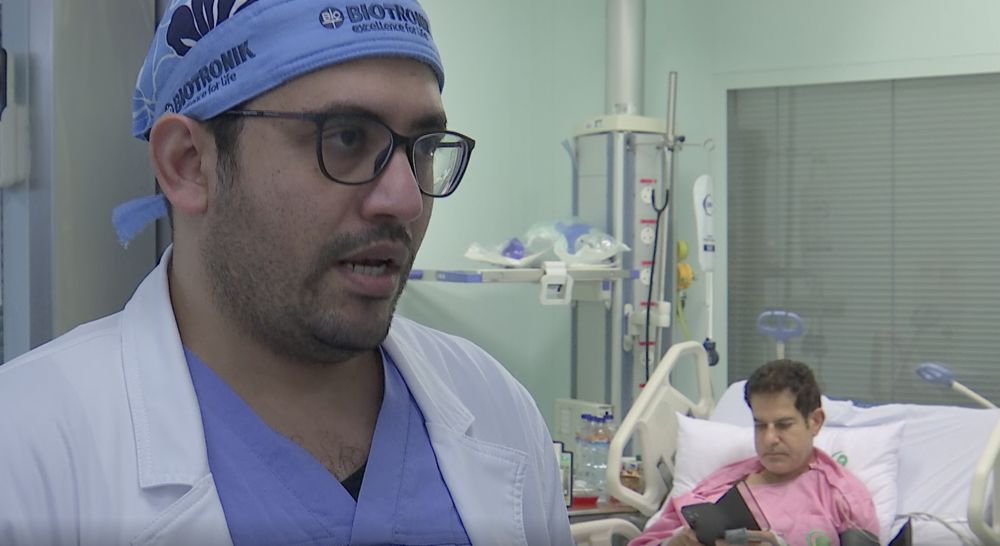 Dr. Mohammed Al-Ateen, a consultant cardiologist who attended to the case, pointed to the effectiveness of the emergency system in place to serve pilgrims.

Among the most prominent services provided were 10 open-heart surgeries, 187 cardiac catheters, 379 dialysis operations, ten laparoscopic operations, and more than 250 other surgeries. Services had also been provided remotely to more than 2,200 pilgrims by the ministry’s Virtual Health Hospital.

Refatiani was the latest pilgrim to successfully undergo emergency cardiac catheterization procedure at KAMC this Hajj after suffering from severe chest pains.

On July 2, heart specialists at KAMC successfully treated Hussain Qasmi Jalmrazy, who complained of severe chest pains. The patient from Isfahan in central Iran was able to continue performing the Hajj rituals after the procedure.

KAMC medical also save the lives of a German pilgrim and a 54-year-old Syrian pilgrim, who suffered heart attack on July 8.

On July 7, the Health Ministry confirmed that KAMC medical teams had saved the life of a Nigerian pilgrim in his thirties who was suffering from severe heart palpitations and a sharp drop in blood pressure that led to cardiac arrest in a rare and serious case.He was resuscitated by emergency teams after his heart stopped beating, and an operation was performed to urgently treat his condition. He was also able to go on and complete his Hajj.

Prince Khalid Al-Faisal, governor of the Makkah Region and presi- dent of the Central Hajj Commitee, said there had been no recorded accidents, infections or diseaseoutbreaks during the pilgrimage. “I am pleased to announce that this year’s pilgrimage has been successful on the security, service and health fronts,” the governor said.