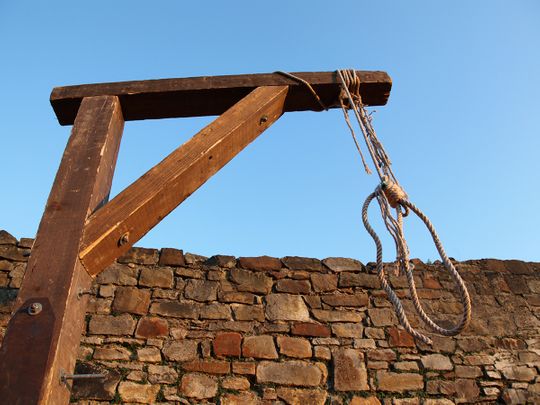 Saudi executed for shooting at police

Convict was charged with links to terrorists, dealing in drugs and committing robberies
A Saudi man was executed after being convicted of shooting at security men, possessing weapons, training in using them with the aim of disrupting security, and dealing in drugs, the Saudi Interior Ministry said.

The convict, identified as Meki bin Kadhem, was also found guilty of committing several robberies, vandalising public properties and having links with wanted terrorists, the ministry added in a statement.

The man was involved in firing at Saudi security men in two separate incidents with the intention of killing them, according to the ministry.

He was arrested and later convicted on these charges and given a death sentence.

The verdict was upheld by the appeals and supreme court and approved by a royal order, the ministry said.

The convict was executed on Monday in Dammam in the Eastern Province.

The ministry did not say when the shootings and arrest took place.

Saudi Arabia applies the death penalty against convicts in cases of murder as well as drug smuggling and trafficking.
Add Comment