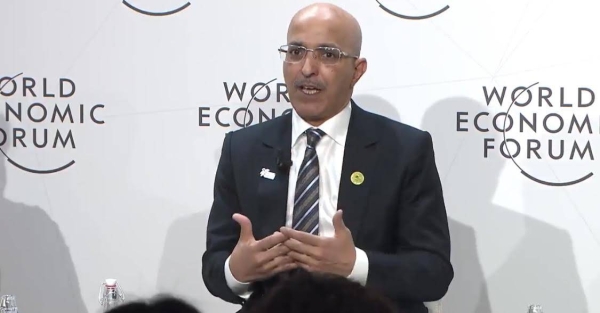 Finance Minister Mohammed Al-Jadaan revealed that the Kingdom would not give away anymore unconditional foreign grants.
Speaking at panel titled Saudi Arabia’s Transformation in a Changing Global Context in the World Economic Forum (WEF) in Davos on Wednesday, he said Saudi Arabia is changing the way of providing assistance and developing assistance to foreign countries.

Al-Jadaan said: “We used to give directs grants and deposits without 'strings attached' and we’re changing that as we’re working with multilateral institutions to actually say we want to see reforms.”

He added: “We want to be a role model for the region and we’re encouraging countries around us to do reforms.”

He described “Vision 2030” as a breakthrough in the way Saudi think about the economy, the social fabric and fiscal discipline.

“What is really important about the vision on a global discussion scale is the long -term plans and the commitment to those plans and long-term investments. That’s what made a difference in how we handle shocks.”

The minister said: “Saudi Arabia’s early investments in technology enabled the Kingdom to pivot seamlessly to digital ways of working in key sectors, despite the disruption of the COVID pandemic.”

He pointed out that the Kingdom saw inflation coming earlier than what other people anticipated.

“In July 2021, we saw the signs and we did things to protect the Saudi economy, we froze energy prices locally and while inflation was above 8 percent globally by 2022 in Saudi Arabia it didn’t reach 3 percent by 2022.”

“There’s a lot of work that’s being done to elevate Saudi economy but also to help the global economy,” he added.

“Saudi Arabia is in a strong position to cope with global inflationary pressures and macroeconomic challenges.”

He reassured that Saudi Arabia remains committed to enhancing international cooperation with all nations. “Our aim is to bridge the divides, to encourage communication.”
#Covid
Add Comment