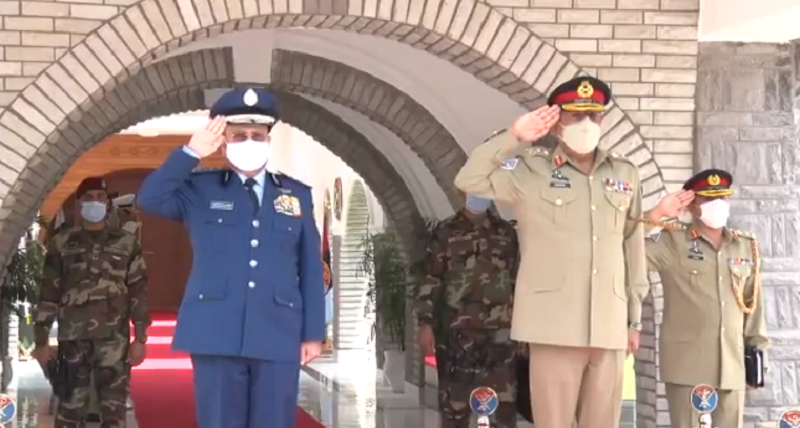 During the meeting, both sides deliberated upon various areas of mutual interest, bilateral cooperation including defence and security, counter-terrorism and the prevailing regional environment particularly with reference to Afghanistan and Indian Illegally Occupied Jammu and Kashmir (IIOJK), the Inter-Services Public Relations (ISPR) said in a statement on Tuesday.

The dignitaries dilated upon measures to enhance the level and scope of military engagements between both countries and reaffirmed to continue to forge deeper ties, it added.

They agreed that both countries share a great history of cordial relations and a deep spirit of brotherhood which is being transformed into an enduring partnership.

Gen Nadeem said that in pursuit of closer military and strategic cooperation both countries share a common perception on all national and international issues.

“The dignitary lauded the high professionalism of Pakistan Armed Forces and acknowledged their sacrifices in the fight against terrorism,” read the statement.

The CJCSC thanked the Saudi general for acknowledging Pakistan Army’s achievements in the war against terrorism, sacrifices and contribution to regional peace and stability.

Earlier, upon arrival at the Joint Staff Headquarters, a smartly turned-out tri-services contingent presented guard of honour to the visiting dignitary.