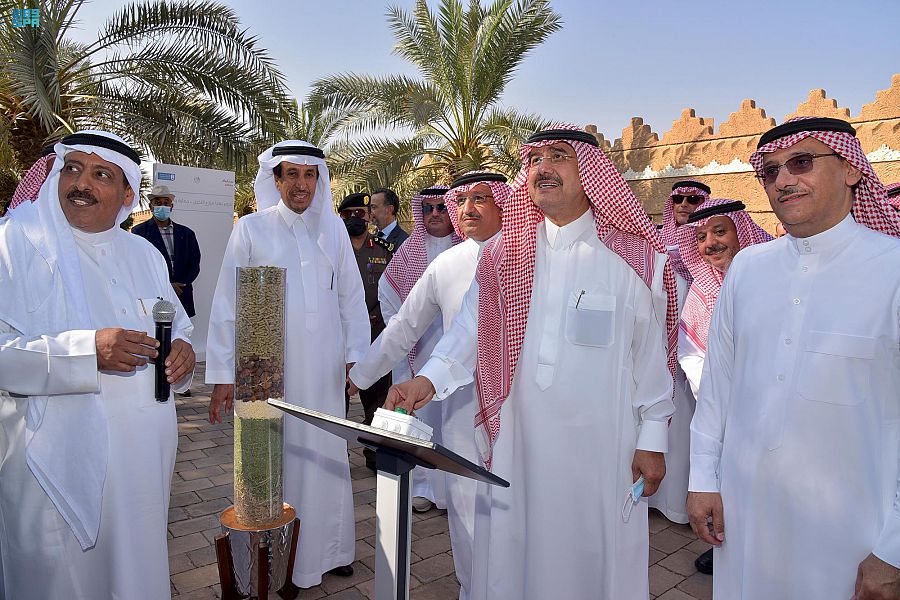 Authorities in Saudi Arabia on Sunday launched a project to recycle farm waste in Diriyah Health City.
The project was launched by Prince Ahmed bin Abdullah bin Abdulrahman, governor of Diriyah and head of the Diriyah Health City Program at Al-Salmaniya Farm in Diriyah, in the presence of the president of King Saud University, the CEO of the Saudi Basic Industries Corporation (SABIC) and a representative of the World Health Organization.

The initiative aims to recycle the remnants of palm farms in Diriyah Health City into animal feed and organic fertilizers of economic value that benefit farmers, stop burning farm waste, and prevent wrong practices that negatively affect the environment and public health, in line with international health standards applied in the Diriyah Health City Program.

This national cooperation aims to support one of the projects that enhance sustainability, development and environmental awareness, and contributes to achieving the goals of the Kingdom’s Vision 2030.

It is also part of the Saudi Green Initiative, which was launched by Crown Prince Mohammed bin Salman in March.

Moreover, the project will serve as a model that is supervised by the Diriyah Health City Program, and its results may be applied and its experience transferred to similar environments in the Kingdom.
Add Comment