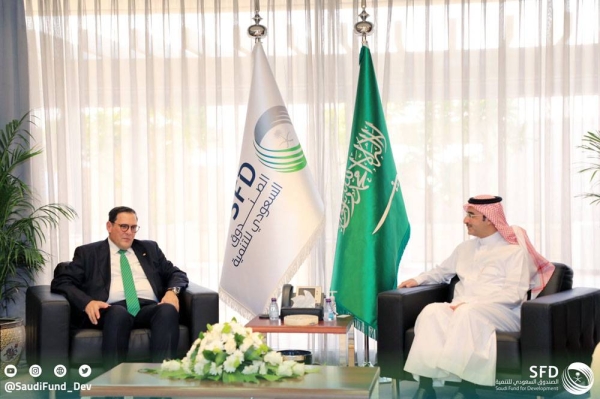 CEO of the Saudi Fund for Development (SFD) Sultan Bin Abdulrahman Al-Marshad received here Sunday the Minister for Foreign Affairs and International Cooperation of the Republic of Honduras Lisandro Rosales.
During the meeting, they reviewed Saudi Arabia's development efforts through the development projects and programs financed by the Saudi Fund for Development to support the developing countries. They also discussed ways of joint cooperation and bilateral relations between the two countries.

In remarks following the meeting, Al-Marshad said that the Saudi Fund for Development, in partnership with the international community, is working to contribute to achieving the goals of the 17 Sustainable Development Plan approved by the United Nations General Assembly in 2015.

For his part, Rosales expressed thanks to the government of the Kingdom of Saudi Arabia for its unlimited support for the implementation of development works.
Add Comment