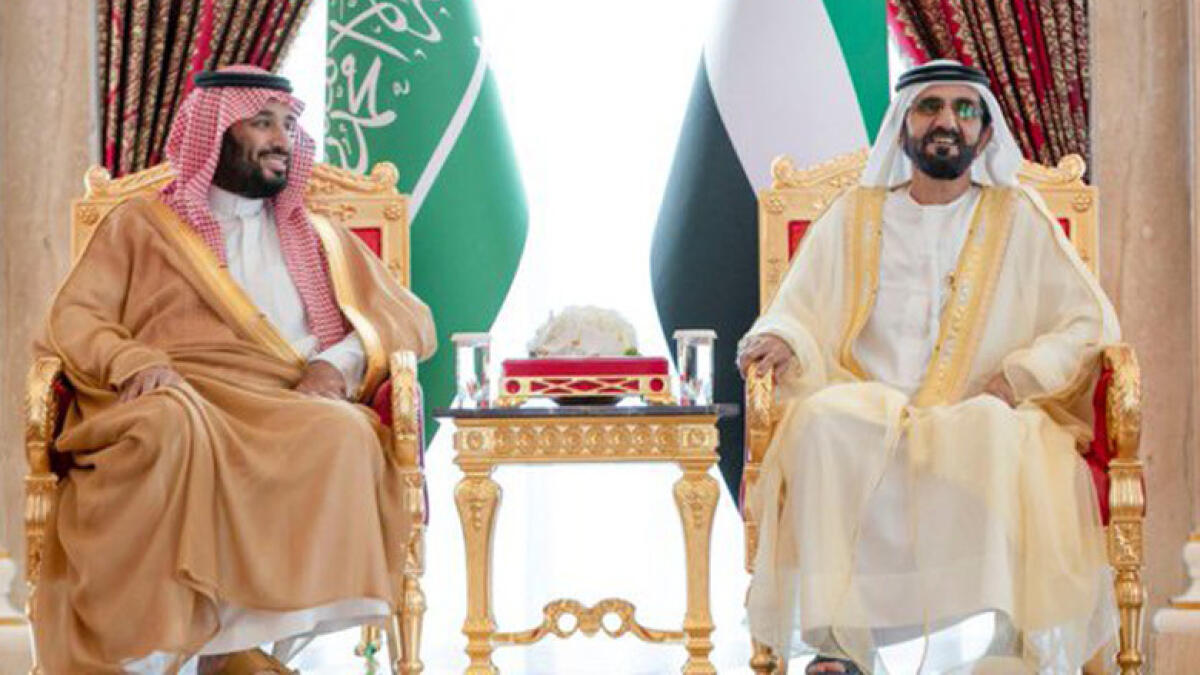 During the call, Sheikh Mohammed and the Saudi Crown Prince discussed ways to boost bilateral relations.

According to SPA report, the Saudi Crown Prince thanked and expressed his appreciation to Sheikh Mohammed for supporting Riyadh's intention to bid for hosting Expo 2030.

Mohammed bin Salman congratulated the Dubai Ruler on the success of Expo 2020, that reflects the development and prosperity of the UAE.

Saudi Crown Prince Mohammed bin Salman said the Expo 2030 in Riyadh would coincide with the culmination of the kingdom's economic reform program known as Vision 2030, and allow the kingdom to share lessons from that programme.

Sheikh Mohammed tweeted his support for the Saudi bid to host the world fair in Riyadh in 2030, and said, "We will give our brothers access to the knowledge and experience we gained throughout seven years of preparation for the Expo".
Add Comment