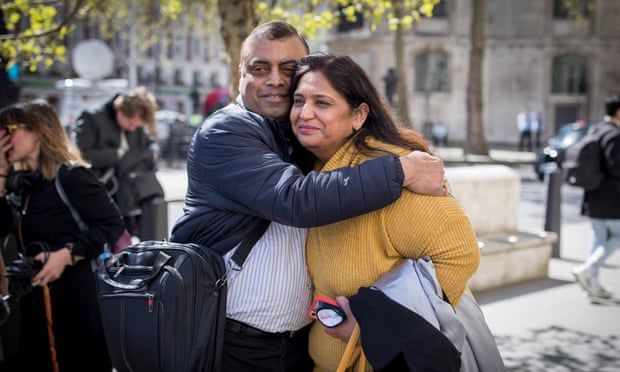 ‘So much has been taken from us’: former post office operators speak out

Shunned, jobless and in some cases having endured prison – the past ordeals of former post office operators whose convictions were quashed on Friday were still all too raw outside the high court.

England 2021: Postal workers committed suicide, were sent to prison and fired because of a software error.

Seema Misra was pregnant with her second child when she was convicted of theft and sent to jail in 2010.

As she embraced her husband on Friday, she spoke about what had been going through her mind when the court of appeal judges quashed her conviction and that of 38 others in the wake of the UK’s most widespread miscarriage of justice.

“I was standing in the dock and just wanted to hold his hand,” she said, recalling the moment when she was sentenced to 15 months in prison in 2010. “It’s hard to say but I think that if I had not been pregnant, I would have killed myself.”

After becoming a post office operator in West Byfleet, Surrey, in 2005, she was suspended three years later after an audit found an accounting discrepancy of £74,000. Over two years she had attempted to balance her books, borrowing money and transferring takings, but failed to keep her head above water and was eventually jailed.

Described in press reports at the time as a “pregnant thief”, she went to prison and her husband was beaten up by locals. Now Misra was looking forward to how the result would change her life, for example when confronted with questions about past convictions at the airport. 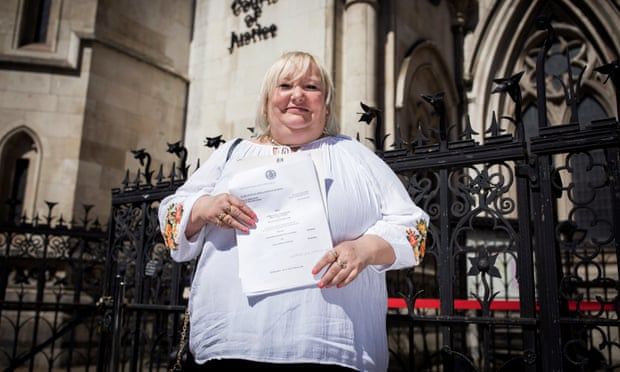 ‘It was a disaster because it was our life’: Della Robinson, 53, outside the Royal Courts of Justice, London.

“Just being able to experience what it’s like to be a normal person is something I’m relishing,” she said. “Not having to put down on travel forms that I have been convicted.”

Among others looking forward to celebrating the result – although mindful of the fact it has come too late for those who have taken their own lives – was Della Robinson, 54.

After taking over her local post office in Dukinfield, Greater Manchester, in 2006, her world started to fall apart four years later as a result of flaws in the Post Office’s IT system, Horizon. Takings repeatedly came up short and £17,000 was unaccounted for by 2012, leading to her suspension and the involvement of the police.

She said: “It was a disaster because it was our life. We had properties tied to the post office as well. It just didn’t make sense and wouldn’t have to anyone in their right mind. I was on £74,000 a year. Why would I risk it by stealing £17,000?”

Advised that she could avoid prison if she admitted to false accounting, she pleaded guilty and received a community service sentence. The ordeal sank her into depression and worsened her epilepsy condition.

“We just had to find a way of keeping going because you just never knew what the Post Office were going to come up with. I would say, though, that it didn’t ruin our lives because we are a close family, but it has been a slog,” she said.

Her children and grandchildren kept her going amid awkward silences from others. “There was not one person who came up to us and asked: ‘What has happened?’ Even the people you would drink with in the pub never brought it up, but then they began to say things [when] the wind began to change in our favour, with our legal wins, as people who had suffered came together.

“I think they knew all along that I was innocent but had too much respect to say anything.” 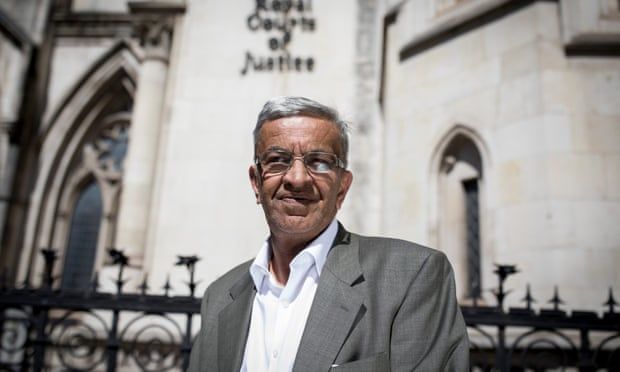 ‘You found yourself crying every day’: Vijay Parekh, 62, outside the Royal Courts of Justice, London.

Others whose convictions were quashed yesterday and who had spent time in jail was Vijay Parekh, 62, a former train dispatcher at Euston station in London. He had left that job to go into the post office business with his wife when he was 48.

“It was intended to be the business that we would work through towards a comfortable retirement,” he said, flanked by his family.

Instead, within three years, they had fallen victim to the same problems blamed on the Horizon system. Facing a charge of theft over a sum of about £78,000, he had to plead guilty because his barrister advised him to do so.

“The whole family suffered. I was inside but outside my father was in his 70s and it had an impact on everyone. It was impossible to sleep, you found yourself crying every day,” said Parekh, who spent six months in prison.

After his release it took him years of searching to find work. “Because of that CRB check you really can’t work anywhere at all. Now it will have been cleared and I could look for a job but I have reached retirement age.

“At the moment I am going to have a week’s rest. To be honest, for a long time, I never believed this day would come, but it has. In a way we haven’t won anything. Instead so much has been taken from us and now our names have been cleared.”