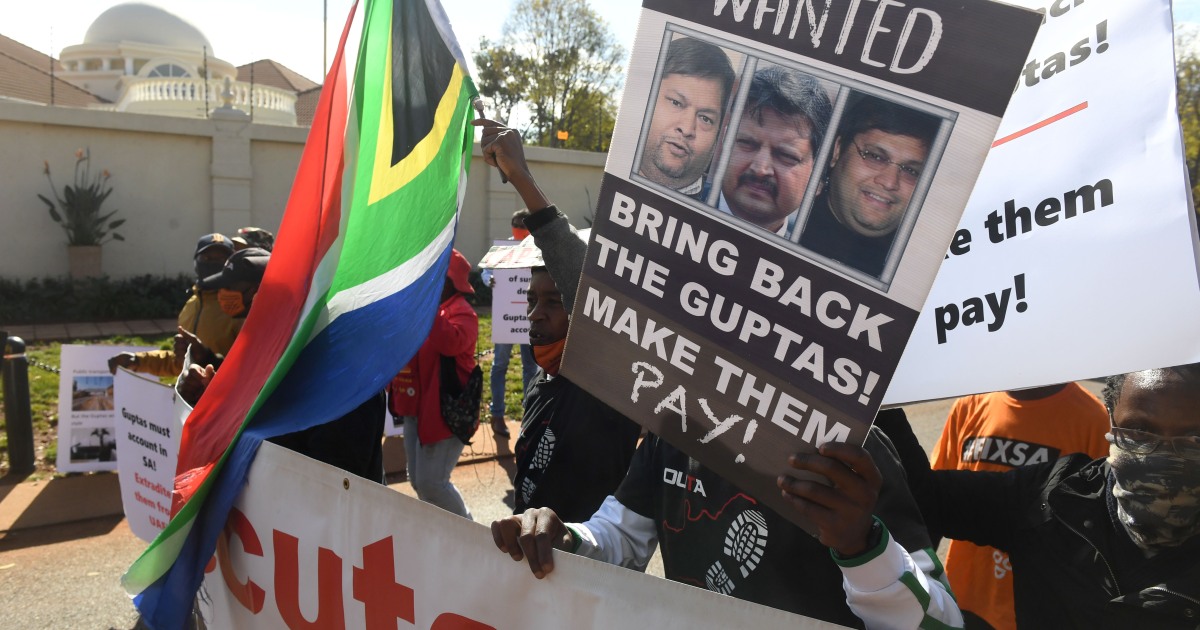 Rajesh Gupta and Atul Gupta are accused in South Africa of using their relationship with Jacob Zuma to profit financially and influence senior appointments.

The South African government has said law enforcement authorities in the United Arab Emirates (UAE) have arrested Rajesh Gupta and Atul Gupta of the Gupta family.

The Ministry of Justice “confirms that it has received information from law enforcement authorities in the United Arab Emirates (UAE) that fugitives of justice, namely, Rajesh and Atul Gupta have been arrested”, it said in a statement on Monday.

The Gupta brothers, friends of former President Jacob Zuma, are accused in South Africa of using their relationship with Zuma to profit financially and influence senior appointments. They deny wrongdoing.

“Discussions between various law enforcement agencies in the UAE and South Africa on the way forward are ongoing,” the ministry said, adding that it will continue to cooperate with the authorities in the UAE.

Their arrests come almost a year after Interpol issued a red notice in July last year.

Red notices are a global alert enabling law enforcement to arrest a person sought for prosecution or to serve a custodial sentence, and arrest them pending extradition.

An enquiry was established in 2018 to examine allegations of corruption during Zuma’s nine years in power from 2009, which was riddled with scandals, overshadowing his presidency.

The allegations levelled against him include that he allowed businessmen close to him – brothers Atul, Ajay and Rajesh Gupta – to influence policy and plunder state resources.

In July last year Interpol said they were being sought in connection with a 25 million rand ($1.6m) contract paid to a Gupta-linked company, Nulane Investment, to conduct an agricultural feasibility study.