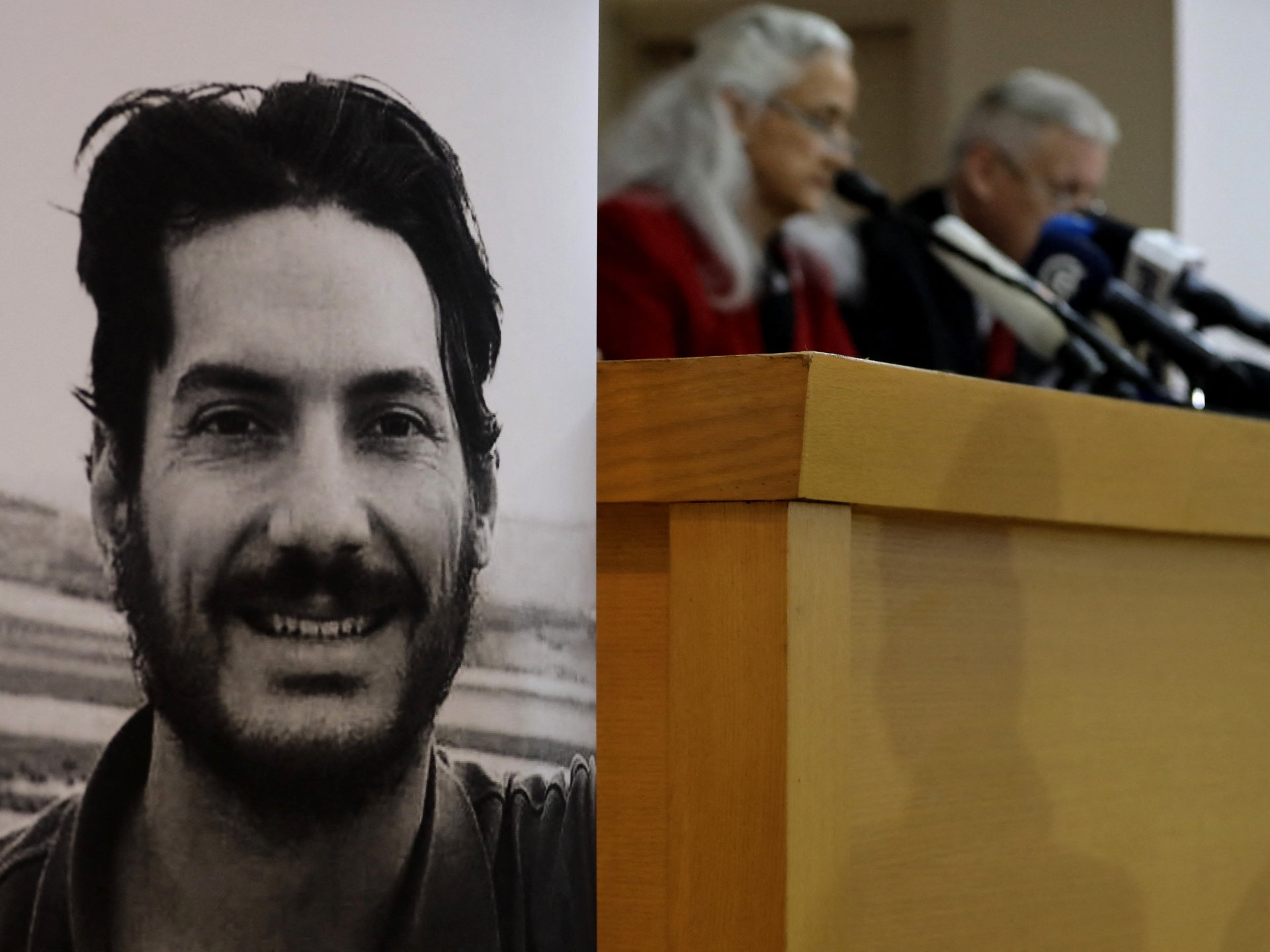 Syria has denied kidnapping or keeping captive US journalist Austin Tice, who disappeared 10 years ago near Damascus.

The Syrian government has denied holding any American nationals captive, including journalist Austin Tice who was abducted 10 years ago near the capital Damascus.

Syria’s foreign ministry issued a statement on Wednesday in response to United States President Joe Biden’s claims last week that he knew “with certainty” that Tice “has been held by the Syrian regime”, and called on Damascus to help bring him home.

“The Syrian Arab Republic denies that it has kidnapped or forcibly disappeared any American citizen who entered its territory or resided in areas under its authority,” the statement said.

The ministry also said that the US had violated consular and diplomatic relations by encouraging US citizens to enter Syria without permission, and that Damascus would only accept “official dialogue or communication with the American administration if the talks are public and premised on a respect for Syria’s sovereignty, independence and territorial integrity”. 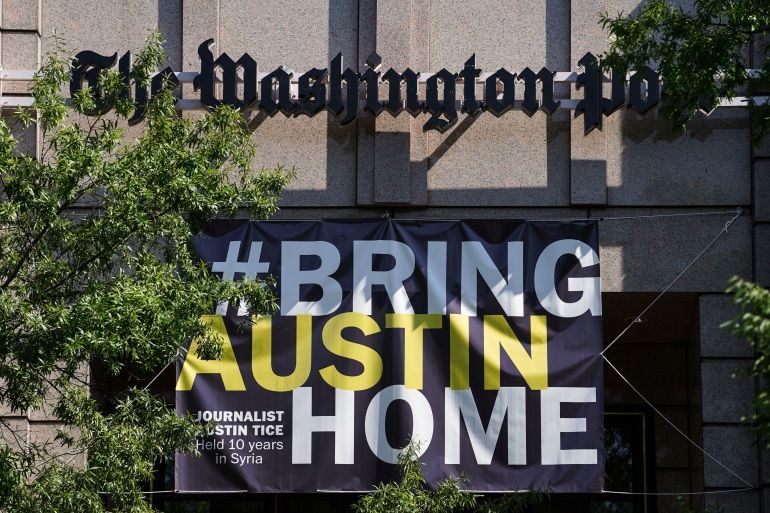 A #BringAustinHome” banner, honouring freelance journalist Austin Tice who was abducted in Syria in 2012, hangs outside of The Washington Post headquarters in Washington, DC, on August 9, 2022

Tice, a former Marine, was a freelance photojournalist working for Agence France-Presse, McClatchy News, The Washington Post, CBS and other news organisations when he disappeared after being detained at a checkpoint near Damascus on August 14, 2012.

He was aged 31 at the time he went missing. He later appeared blindfolded in the custody of an unidentified group of armed men in a video released a month later but there has been little news of him since.

Biden’s statement on his whereabouts came on the 10th anniversary of Tice’s disappearance.

“There is no higher priority in my administration than the recovery and return of Americans held hostage or wrongfully detained abroad,” Biden said.

The previous US administration under former US President Donald Trump sent a White House official on a rare mission to Damascus in 2020, aiming to seek Tice’s freedom. That mission yielded no visible results.

In 2018, US authorities announced a $1m reward for information that would lead to the journalist’s recovery.

Washington suspended its diplomatic presence in Syria in 2012 at the onset of the country’s civil war.

US Secretary of State Antony Blinken said Biden’s special envoy for hostage affairs, Roger Carstens, would “continue to engage with the Syrian government” in coordination with the White House.

State Department Spokesman Ned Price told reporters on Tuesday that the US government has pushed Syria to return every American citizen.

On Tice’s case specifically, he said, the Biden administration has “engaged extensively – and that includes directly – with Syrian officials and through third parties”.

“Syria has never acknowledged holding him,” Price said of the journalist, adding that “we are not going to be deterred in our efforts. We are going to pursue every avenue for securing Austin’s safe return”.

The Syrian foreign ministry denied in its statement having any secret contacts with US officials on the missing Americans, adding that “any official dialogue with the American government will only be public based on the respect of Syria’s sovereignty”.

Tice is one of two Americans who went missing in Syria. The other is Majd Kamalmaz, a psychologist from Virginia, who vanished in Syria in 2017.