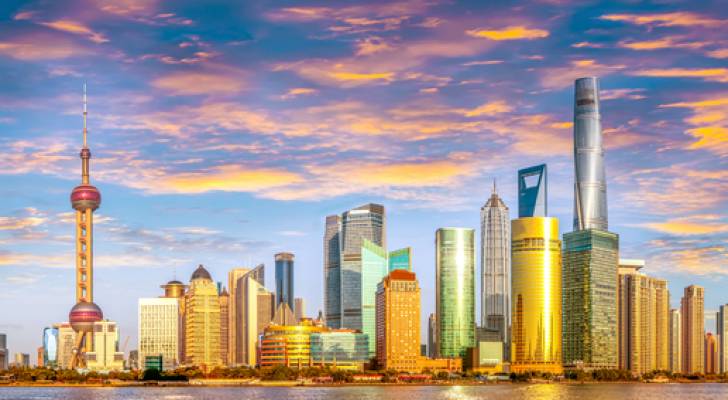 The number of millionaires will spike by 40% globally in the next 5 years — but most won't come from the US. Here is the country to watch (and how to invest in it)

The number of millionaires is on the rise with 40% more expected to be made worldwide in the next five years, according to a new report by Credit Suisse.

The Credit Suisse Group AG’s Global Wealth Report 2022 states that by 2026, we’ll have millions of millionaires: more than 87.5 million globally.

You might be thinking that means the U.S. is about to get that much richer, too.

But in fact, today, the country leading the charge in manufacturing millionaires isn’t the United States: It’s China.

*  Looking for consistent returns? You could be the landlord of Walmart, Whole Foods and CVS (and collect income every quarter)

To be certain, China lost much in productivity and economic drive during the COVID-19 pandemic as lockdowns inundated the country. But developing markets are likely to see a faster recovery from the economic downturn, the report states.

Private fortunes should jump 36% by 2026 to $169 trillion, Credit Suisse reports. It’s quite the rise given the current fall in Chinese markets; the MSCI China Index has plummeted more than 30% year-to-date.

Yet is the report perhaps a tad optimistic? Growth in China has its associated risks, especially given geopolitical tensions with the U.S. and the 2024 deadline for certain Chinese stocks to be delisted from Wall Street. Meanwhile, the rivalries between the two nations in tech, energy and telecom continue unabated.

Some Chinese ETFs to consider

If you want to invest in Chinese exchange-traded funds (ETFs), low prices make this an opportune time. Given the Chinese economy’s size, it’s likely to recover at a more rapid pace than other developing countries, Credit Suisse reports. With that in mind, consider these top ETFs.

WisdomTree China ex-State-Owned Enterprises Fund (CXSE) is an attractive option given the big drop in communications services and cyclical stocks. Further, it has a non-state-owned strategy that allows the company to invest in emerging markets with less risk than other Chinese ETFs.

If you’re looking for a huge growth opportunity, Emerging Markets Internet & Ecommerce ETF (EMQQ) has its advantages. The internet and ecommerce sectors have fantastic growth potential in China.

If the tech industry rebounds, this fund could lead the way among tech sector ETFs at a cheaper cost than its U.S. counterparts.

ETFs allow easy access to growing industries and sidestep the volatility that comes with betting on a single stock. That said, remember that China’s economy needs time to recover, and the tensions mentioned above aren’t about to disappear.

As in so many investment strategies, patience is key.

China has shown muscle in ecommerce and electric vehicle manufacture, to name a few areas with tremendous prospects.

And where Credit Suisse sees opportunity, the would-be wealthy would be well advised to follow — and become millionaires no matter where they call home.