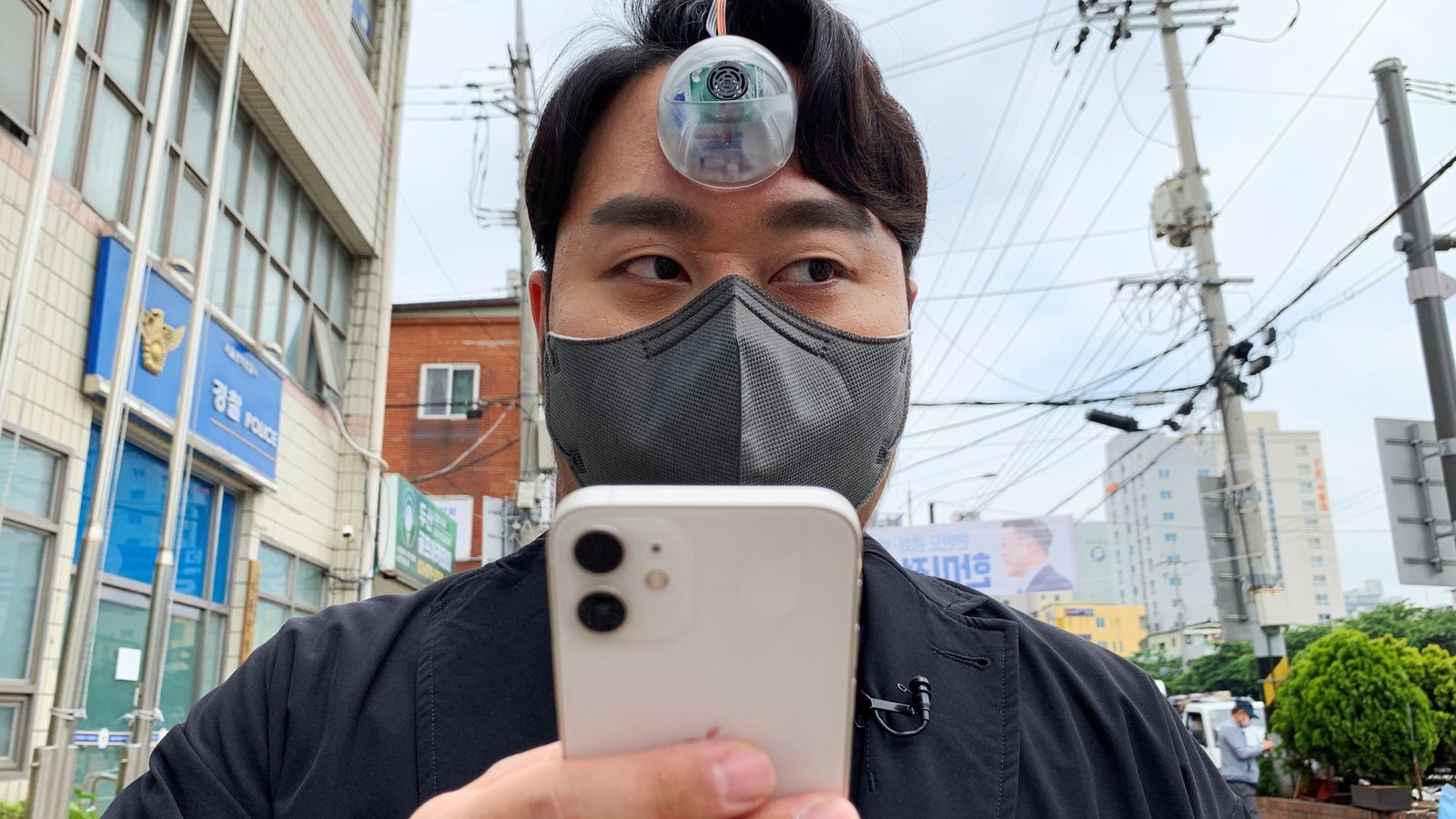 The "satirical solution" is intended to make people "recognise the severity" of their smartphone addictions, the creator says.
A "third eye" has been created to prevent "smartphone zombies" from walking into things while focused on their screens.

South Korean industrial designer Paeng Min-wook, 28, says the robotic eyeball can be strapped to a person's forehead, allowing them to browse injury-free.

He said the device was a "satirical solution" which he hoped would make people "recognise the severity of their gadget addiction and look back at themselves".

The device - called The Third Eye - senses when the user's head has been lowered to look at the phone and it then opens its translucent eyelid.

When the person comes within one or two metres of an obstacle, the third eye beeps to warn them of danger.

Mr Paeng said: "This is the look of future mankind with three eyes.

"As we cannot take our eyes off from smartphones, the extra eye will be needed in future."

Mr Paeng, a postgraduate student in innovation design at the Royal College of Art and Imperial College London, has trialled the device around Seoul.

Among those who saw it was resident Lee Ok-jo, who said: "I thought he looked like an alien with an eye on his forehead.

"These days many young people can get into accidents while using their mobile phone. This would be good for them."

The Third Eye uses a gyro sensor to measure the angle of the user's neck and an ultrasonic sensor to calculate the distance between the robotic eye and obstacles.

The sensors are both linked to an open-source single-board microcontroller with a battery pack.
Add Comment