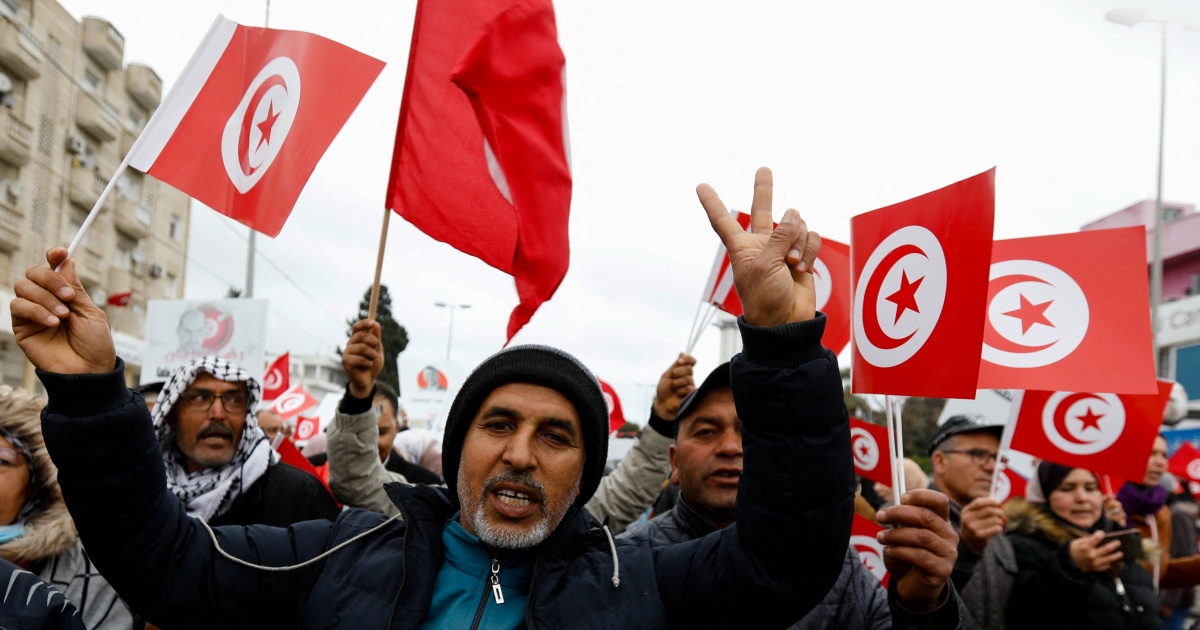 Move is a response to the president’s sacking of 57 judges on Thursday, raising fears of a return to authoritarianism.

Tunisian judges have launched a week-long strike in protest at President Kais Saied’s “interference” in the judiciary, days after he sacked 57 of their colleagues, accusing them of corruption and protecting “terrorists”.

The strike, which began on Monday, is the latest in a series of escalating moves by Tunisia’s politicians, institutions and civil society as the country’s political crisis deepens.

Saied, who dismissed the country’s elected parliament and seized executive power last July, issued a new degree extending his rule over the judiciary after he said he had “given opportunity after opportunity and warning after warning to the judiciary to purify itself” in a televised address.

The latest move against the only democratic system to emerge from the Arab Spring uprisings has raised concerns among judges and other civil society groups, resulting in four judges’ unions announcing a nationwide court strike to strongly condemn the president’s “continued interference in the judiciary”.

They accused Saied of laying off judges “without the slightest recourse to disciplinary procedures” in an affront to the Constitution.

Mourad Massoudi, head of the Young Judges Union, said on Monday that “the strike started today at all courts across the country, and appears to have been widely observed”.

In February, Tunisia’s president dissolved the Supreme Judicial Council that deals with the independence of judges. The council had acted as the main guarantor of judicial independence since Tunisia’s 2011 revolution and the move spurred accusations that Saied was interfering in the judicial process.

At the time, Tunisia’s Judges Association called for a two-day strike for all courts in the country in protest against President Saied’s move to dissolve the top judicial watchdog, amid growing fears of a return to authoritarian rule.

Saied has claimed that his actions since July 25, 2021 have been necessary to save Tunisia from the country’s political elites. Initially, his moves appeared to win public support, but public anger is growing amid high inflation and unemployment, and declining public services.

Saied is now planning a referendum on July 25, where Tunisians will vote on a new constitution.

The president has also said that the Tunisian parliament will remain suspended until Tunisians vote for a replacement assembly on December 17, 2022.

On Saturday, clashes erupted between Tunisian police and about 100 demonstrators who were protesting the planned referendum.

Nearly all of Tunisia’s political parties, as well as the powerful UGTT trade union, have rejected the move to introduce constitutional changes.

The UGTT has said that public sector workers would go on strike on June 16, posing the biggest direct challenge to Saied’s power grab so far.