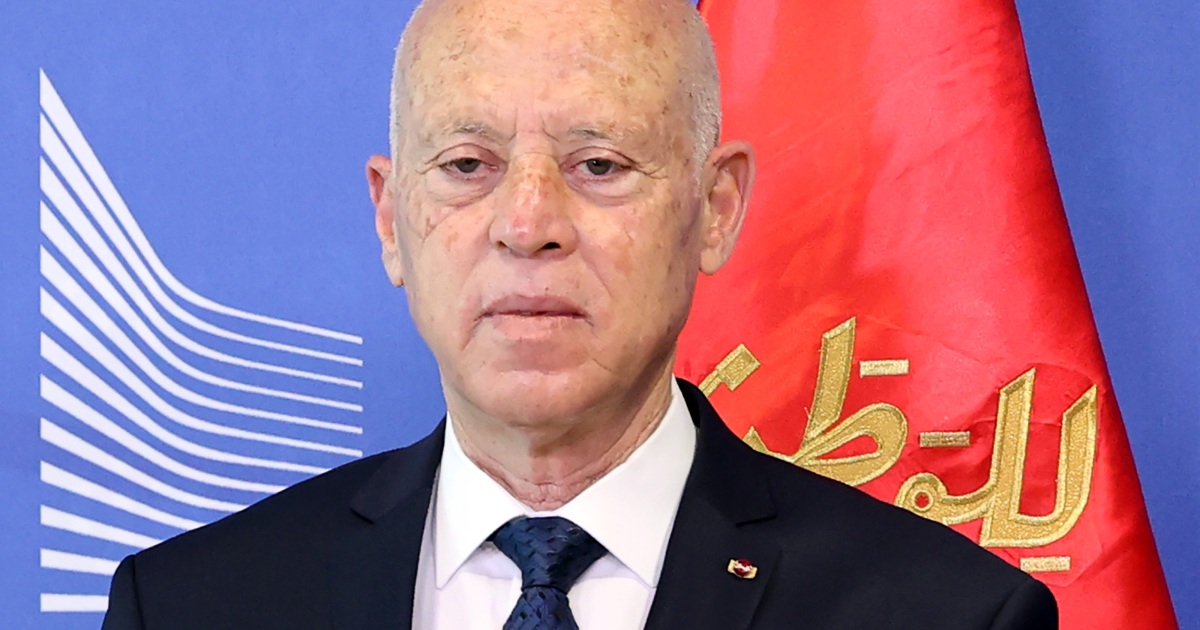 Wide-ranging process – part of a reform package pushed by President Kais Saied – will help into drafting a new constitution.

Tunisia has launched a wide-ranging national consultation process that will help in drafting a new constitution, the North African country’s technology ministry said.

Part of a reform package pushed by President Kais Saied, who is seeking to bolster his authority, the exercise called on citizens to send suggestions through electronic platforms from January 1 to March 20.

The constitutional referendum is planned for July 25, exactly a year after Saied sacked the government, suspended parliament and seized wide-ranging powers.

His power grab was initially supported by many Tunisians, amid frustration surrounding repeated deadlocks within the fractious legislature in recent years.

The president later took steps to rule by decree, and in early December pledged to press on with reforms to the political system.

The consultation, dubbed “Your opinion, our decision”, is initially targeting youth centres through an electronic platform across the country’s 24 regions, the technology ministry said.

“The platform will be open to everyone from January 15,” it added.

Citizens will alternatively be able to give their views in local committees, since only 45 percent of Tunisian homes are connected to the internet.

Critics have said the move underlines the “populist” approach of the president, who won elections in 2019 with a landslide 73 percent of votes.

Saied’s one-man mission to rebuild Tunisia’s broken political structures has sparked accusations that he is establishing a new autocracy in the birthplace of the Arab Spring uprisings.

Civil and human rights groups have pointed to military trials of opposition figures on charges such as “insulting the president”.

On Friday, Tunisian security forces detained a senior official from the biggest party in the suspended parliament for the first time since President Kais Saied seized governing powers in July, the party said. 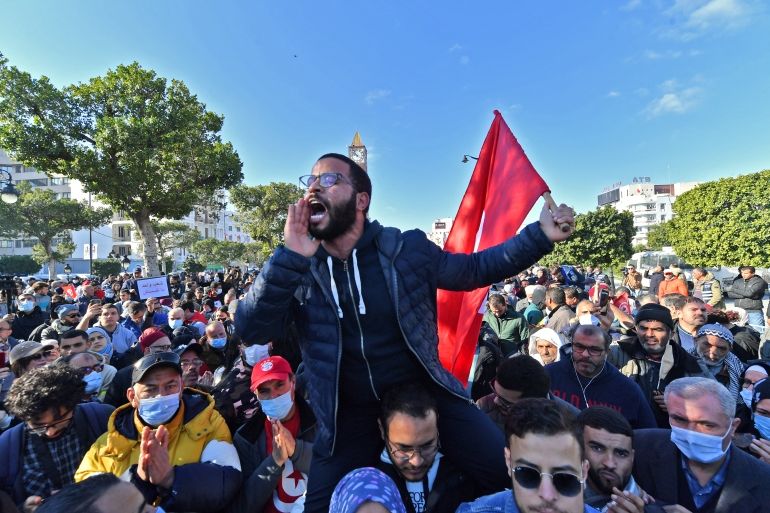 Supporters of the ‘Citizens Against Coup’ campaign demonstrate against President Kais Saied on December 17, 2021, in the capital Tunis, on the 11th anniversary of the start of the 2011 revolution

The Ennahdha party said plainclothes agents seized Noureddine Bhairi and took him away.

It called the arrest a dangerous precedent that may foreshadow a slide towards tyranny.

The interior ministry said, without naming Bhairi or making reference to any individual event, that it had taken decisions regarding house arrest as permitted under a state of emergency rules required to preserve public security.

A Tunisian court on December 23 sentenced former president and Saied critic Moncef Marzouki in absentia to four years in prison for “assaulting” the security of the state, according to state media.