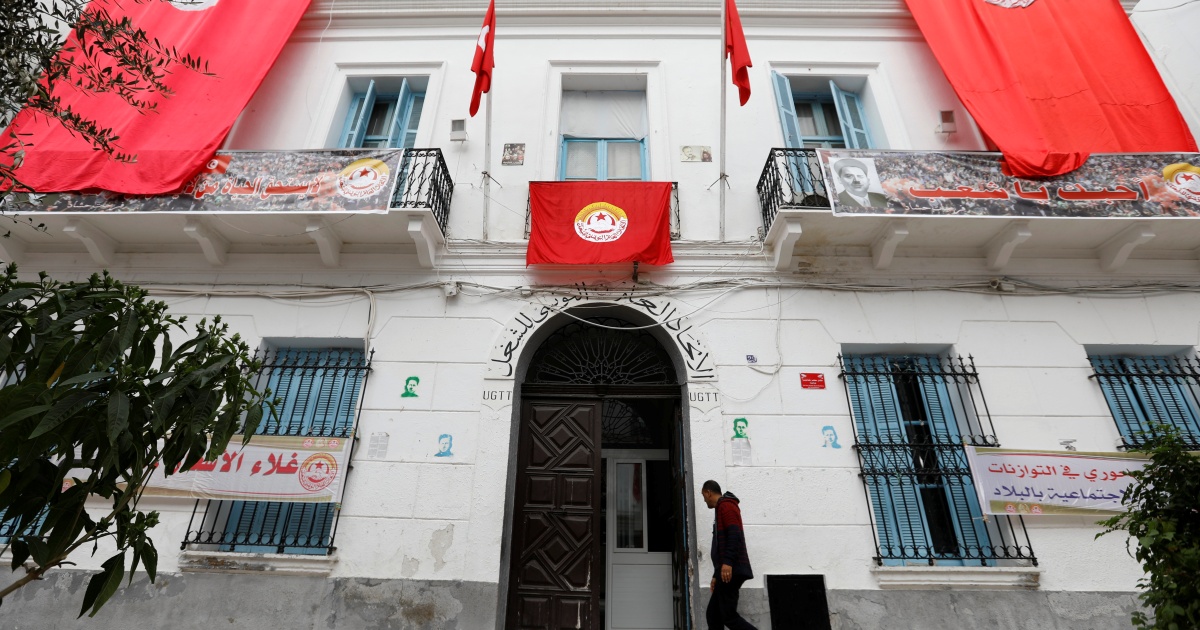 Tunisia’s powerful UGTT trade union has called for a national strike on June 16 to demand an increase in wages and oppose President Kais Saied’s proposed spending cuts and privatisation as the country faces an economic crisis.

“All staff” at 159 state institutions and public companies will stop work to demand “immediate negotiations to restore Tunisians’ purchasing power” and guarantees that state firms will remain public, the UGTT’s central committee said in a statement on Tuesday.

The UGTT has rejected proposed spending cuts and instead wants wage increases for state workers as inflation reached a record level of 7.5 percent in April, from 7.2 percent in March.

Tunisia faces its worst financial crisis and is seeking a $4bn loan from the International Monetary Fund (IMF) seen as necessary to ward off national bankruptcy, in exchange for unpopular reforms, including food and energy subsidies cuts and wage freezes.

With more than a million members, the UGTT is Tunisia’s most powerful political force. The strike will present the biggest challenge yet to President Saied after his seizure of broad powers and moves to one-man rule last July.

The union accused Saied’s government of “undermining the principle of negotiation and backtracking on previously agreed deals”, at a time when the North African country is experiencing “insane and ongoing price rises”.

Saied, who took executive power and dissolved parliament to rule by decree, has since said he will replace the democratic 2014 constitution with a new constitution via referendum on July 25.

The president’s opponents accuse him of a coup that has undermined the democratic gains of the 2011 revolution that triggered the Arab Spring, but he says his moves were legal and needed to save Tunisia from a prolonged political crisis.

Saied’s plan to draft a new constitution has been met with strong opposition from political parties, which say they will not participate in unilateral political reforms and that they will boycott the referendum.

On May 23, the UGTT announced that it would not participate in a national dialogue proposed by Saied.

While Saied focuses on changing Tunisian politics, critics say he does not pay enough attention to the country’s collapsing economy. He has repeatedly said Tunisia is rich but that the political elite stole people’s money, which his opponents describe as populism.

Tunisia’s budget deficit will expand to 9.7 percent of gross domestic product (GDP) this year, compared with a previously expected 6.7 percent, due to a stronger US dollar and a sharp increase in grain and energy prices, the central bank governor, Marouan Abassi, said this month.

The Fitch Ratings warned on Monday that tensions between the government and the UGTT were hampering negotiations with the IMF.

“Passing political and economic reforms without the UGTT’s backing would be challenging,” it said.