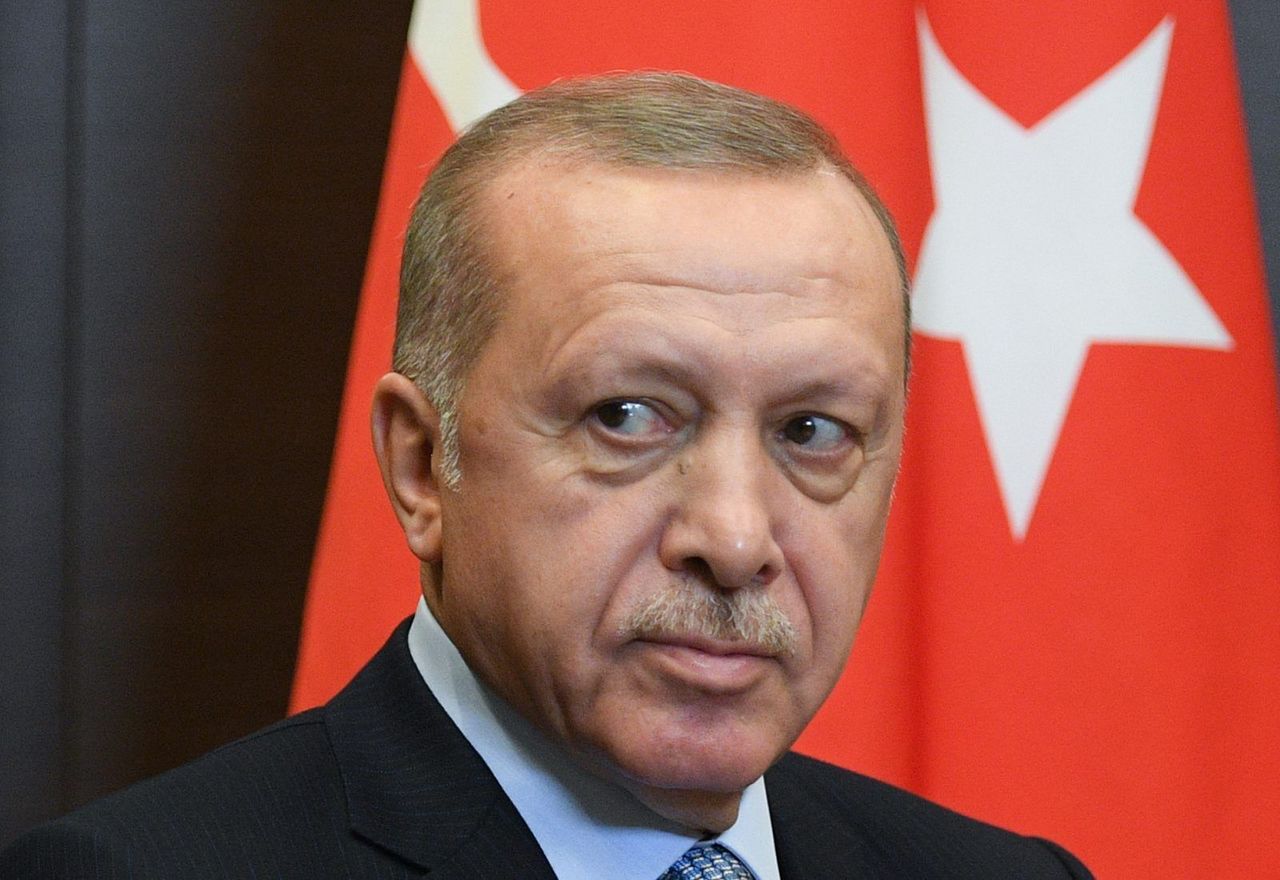 Turkey’s President Recep Tayyip Erdogan has seldom held back in his criticism of Egyptian President Abdel Fattah Al-Sisi. Erdogan called Al-Sisi an illegitimate tyrant in 2014 and said he was someone he would never talk to as recently as 2019.

Since then, Turkey and Egypt have been on opposing sides in the conflict in Libya, while in 2017 Cairo joined Saudi Arabia, the UAE and Bahrain in blockading Turkish ally Qatar.

Since the overthrow of close Erdogan ally Morsi, Turkey has become a safe haven for Egyptian opposition groups, who have repeatedly called for Al-Sisi’s overthrow with Erdogan’s blessing.

Meanwhile, the Egyptian government has accused Turkey of harboring terrorists and of actively supporting jihadist groups in the Sinai desert fighting the Egyptian military.

All that angry rhetoric may be about to end.

Erdogan’s top foreign policy advisor, Ibrahim Kalin, said last month that “a new page can be turned in our relationship with Egypt.”

On April 20, Turkish Foreign Minister Mevlut Cavusoglu announced that he had sent Ramadan greetings to his Egyptian opposite number, Sameh Shoukry. 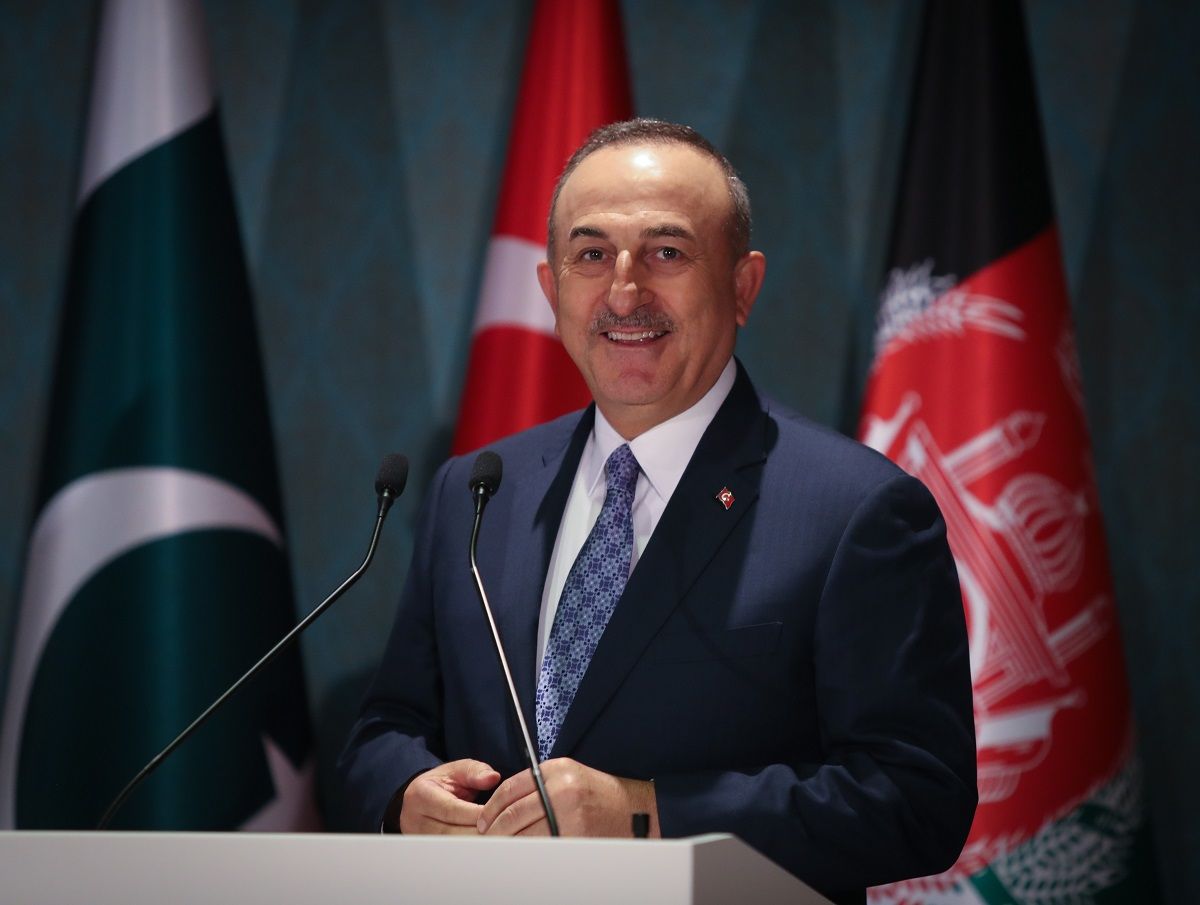 As a result, the Egyptian and Turkish deputy foreign ministers are scheduled to meet in early May. Meanwhile, other signs of a rapprochement between these historical rivals have emerged.

On April 20, Erdogan’s Justice and Development Party (AKP) proposed an Egyptian-Turkish friendship group be established in the Turkish parliament.

This followed pressure from the Turkish government on Egyptian opposition media based in Turkey, who have been asked to cut their criticism of Al-Sisi.

Conversely, Egyptian authorities say they are releasing some pro-Brotherhood journalists and activists from jail.

“The pendulum is swinging,” Muzaffer Senel, from the Department of Politics and International Relations at Ankara Medipol University, told Asia Times. “Neither side wants to lose this moment.”

This recent shift underscores a major reboot in relations around the region.

This runs from the end of the ‘Arab Quartet’ blockade on Qatar in January to this week’s meetings in Baghdad between Saudi and Iranian officials.

For Turkey and Egypt, the reboot began in Libya, where the conflict brought the two to the brink of direct confrontation in 2019-2020.

Turkey strongly backed the internationally recognized Government of National Accord (GNA) in Tripoli, while Egypt backed the rival administration in Eastern Libya and its forces, the Libyan National Army (LNA), led by General Khalifa Haftar. 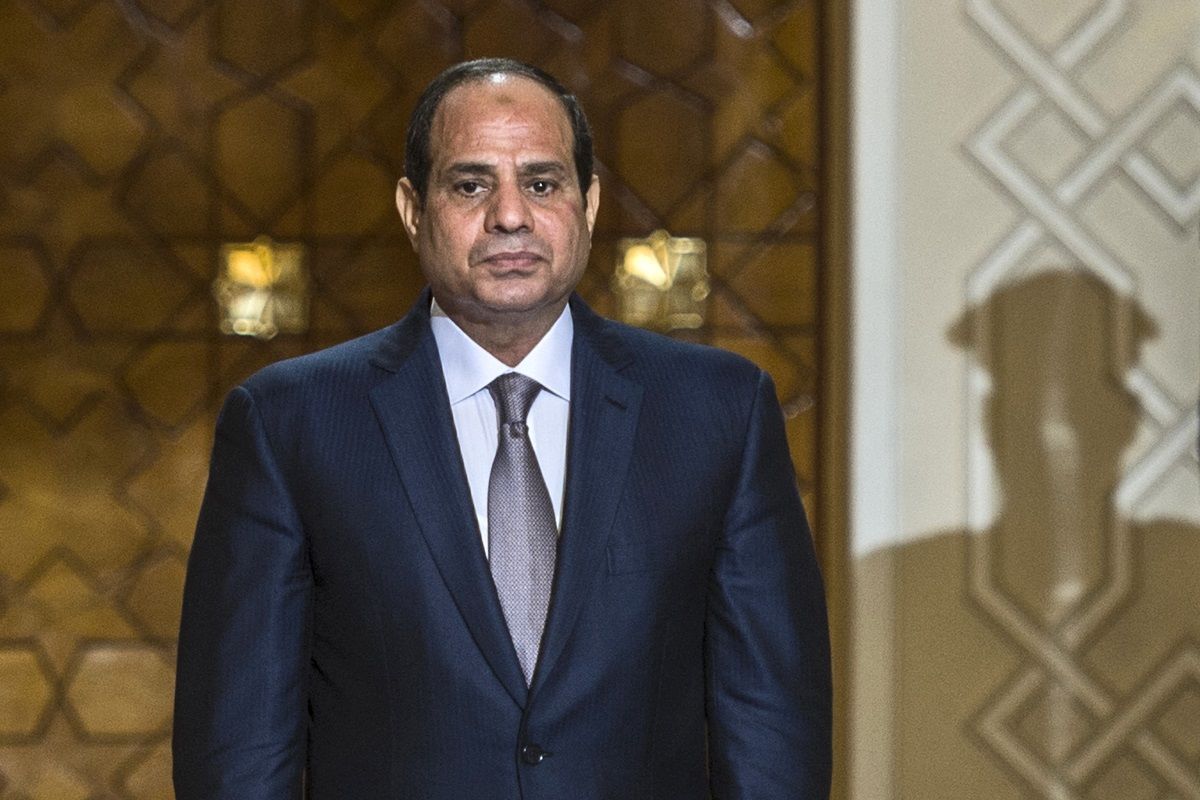 The shadow of a ceremonial guard is seen as Egyptian president Abdel Fattah al-Sisi looks on during a ceremony to sign military contracts at the presidential palace in the Egyptian capital Cairo on October 10, 2015.

Yet, “Egypt has always been extremely pragmatic on Libya,” Claudia Gazzini of the International Crisis Group, told Asia Times. “It will deal with anyone in Libya who can keep control of the place.”

Egyptian concern has primarily been the possibility of jihadist groups using Libya as a base and infiltrating into Egypt across the long, desert border.

A permanent end to the conflict seemed to hold out more chances of stopping such infiltration than continued support for Haftar’s military solutions.

Recent successes with the UN-backed peace process in Libya confirmed this approach while bringing Cairo and Ankara on to the same page. Both have now backed the interim government of Prime Minister Abdel Dbeibah.

There are particular reasons for Turkey to reach out now. “First, is the Exclusive Economic Zone (EEZ),” Senel says.

In the Eastern Mediterranean, however, the extent of these is widely disputed, with Turkey in particular challenging zones claimed by neighbors Greece and Cyprus.

This has led to a number of incidents in recent years, as Greece, Cyprus and Turkey have clashed over exploration and drilling rights for offshore natural gas. 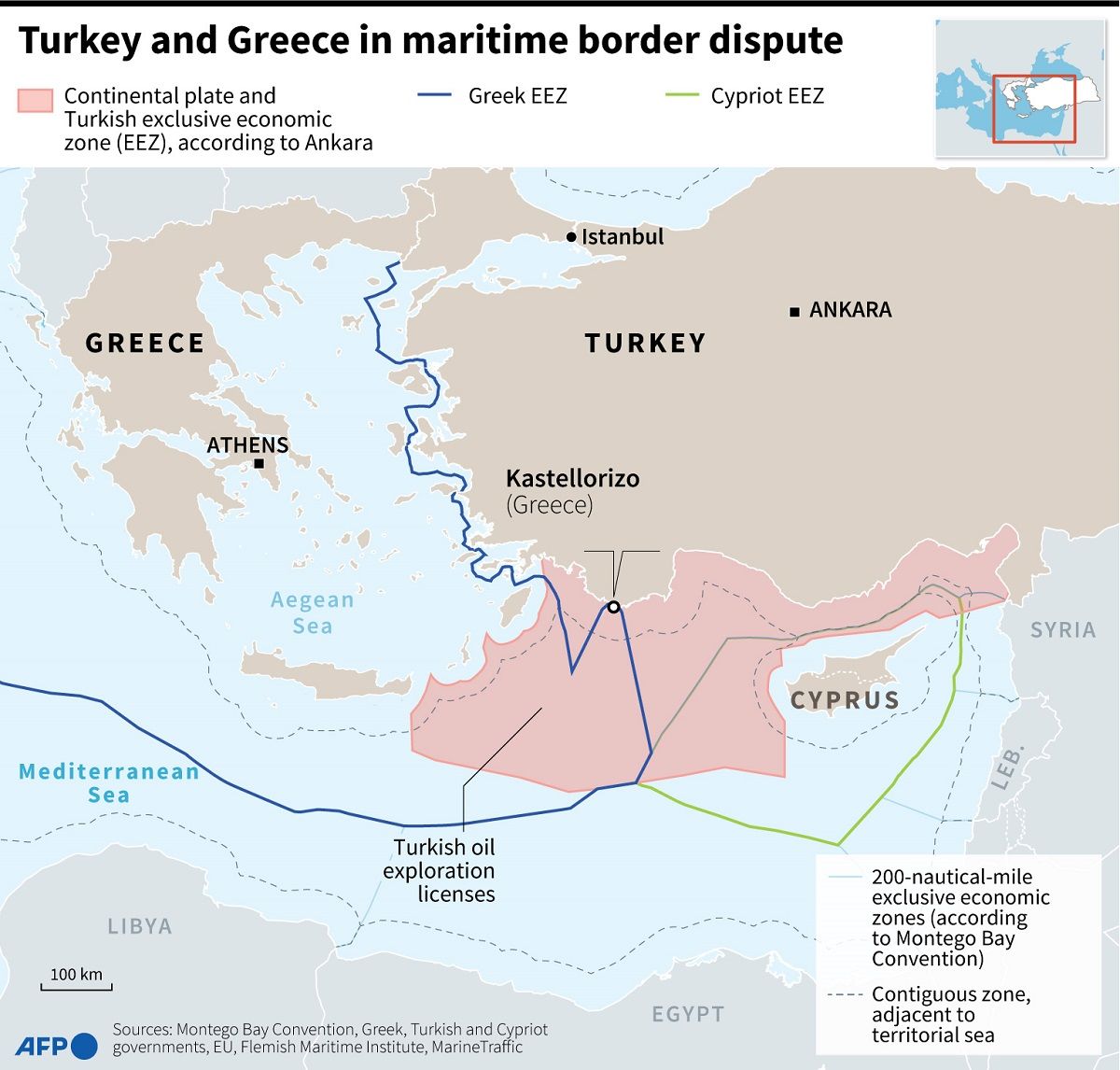 In late 2019, Turkey and the Libyan GNA signed an agreement delineating their maritime limits – an agreement disputed by Greece and Cyprus.

Egypt and Greece then also agreed on maritime limits, although this deal excluded an area also claimed by Turkey.

Meanwhile, Egypt, Israel, Cyprus and Greece have met on several occasions to discuss cooperation in the sea, forming the Cairo-based EastMed Gas Forum to do this.

This cooperation may one day include a pipeline taking Israeli, Cypriot and Egyptian natural gas to Europe – but such a route would likely cross maritime territory claimed by Turkey.

A major tangle of overlapping claims and interests has therefore resulted – and this is what Ankara hopes a rapprochement with Egypt might help unravel in its favor.

“Turkey needs to sign an EEZ deal with Egypt with that step then having a positive impact on further EEZ issues,” says Senol.

Ankara has suggested that under an EEZ deal with Turkey, Egypt would be granted more of the Eastern Mediterranean than it has under its deal with Greece.

Such an arrangement would also help with another aim for Ankara – to break up that growing partnership between Greece, Cyprus, Egypt and Israel.

This grouping has also seen the increased participation by the UAE in recent months – an additional concern for Ankara, which stands in the opposite camp to Abu Dhabi across the Arab world.

Yet, for Egypt, the benefits of the rapprochement may be less clear.

“Turkey is the one who is initiating all this,” Sami Hamdi, managing director of global risk consultancy The International Interest, told Asia Times. “Egypt has been reluctant to engage and has been painfully slow in doing so. Essentially, Egypt doesn’t trust Turkey.”

To try and overcome this, Ankara has been tackling one of Egypt’s long-standing complaints – the Egyptian opposition media haven in Istanbul.

Yet, Al-Sisi will likely want much more. 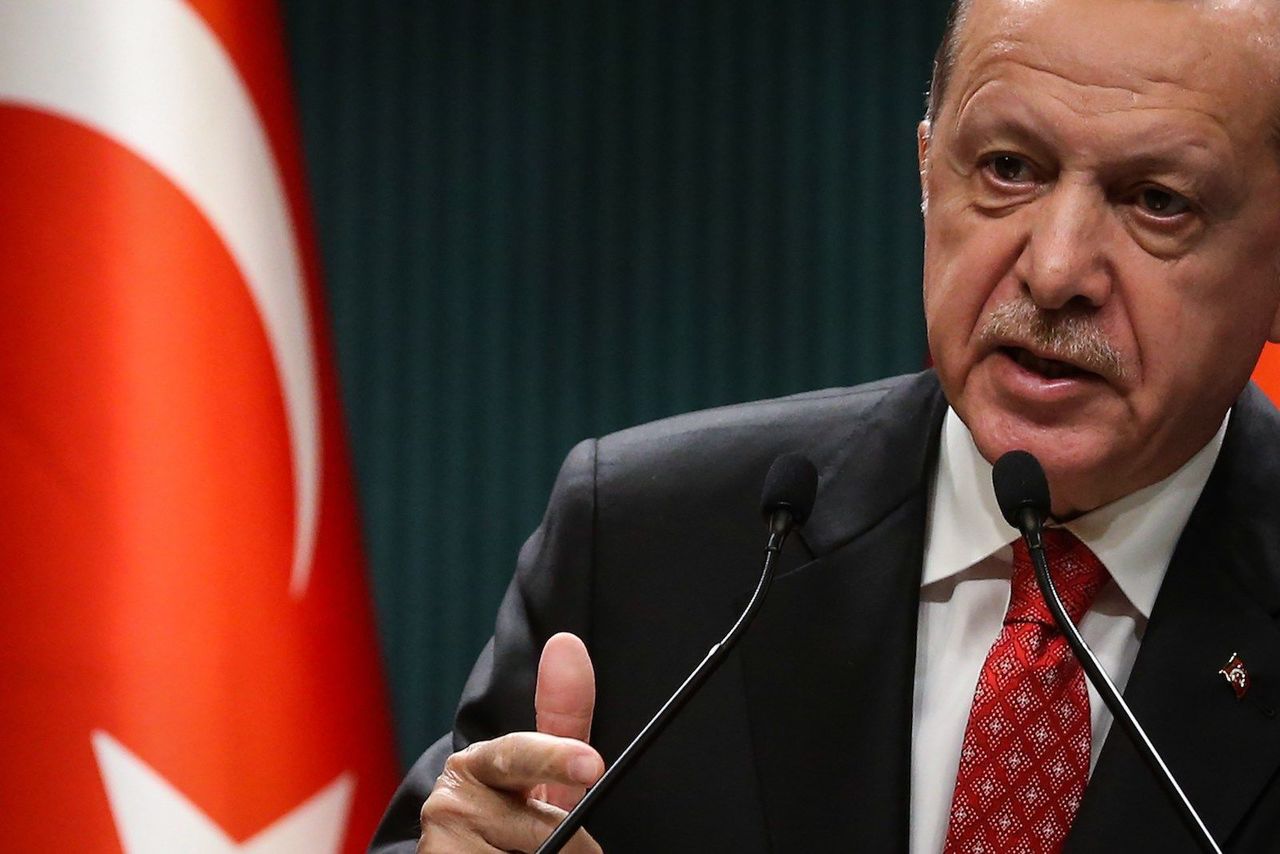 “As it was Erdogan who refused to meet Sisi and who made a very public show of his hostility,” says Hamdi, “Sisi probably wants to humiliate Erdogan and oblige him to meet and shake hands.”

Erdogan would be highly reluctant to do this, however – so far delegating all contact to his foreign ministry.

Such a meeting might also place a final nail in a bigger coffin – that belonging to the Arab Spring.

“The reason why countries like the UAE have a problem with Erdogan is that his pro-Islamist rhetoric, his popular support for change in the Arab world, gives Turkey ‘soft power’ in the region,” says Hamdi.

“For Erdogan to abandon this – to do a U-turn publicly, putting Turkish national interests above the democratic aspirations of the region –deals a heavy blow to him and all that ‘soft power’.”

Some of the biggest enthusiasts for this reconciliation, then, may be those who wish to see a final end to the hopes of a decade ago, voiced in Cairo’s Tahrir Square.