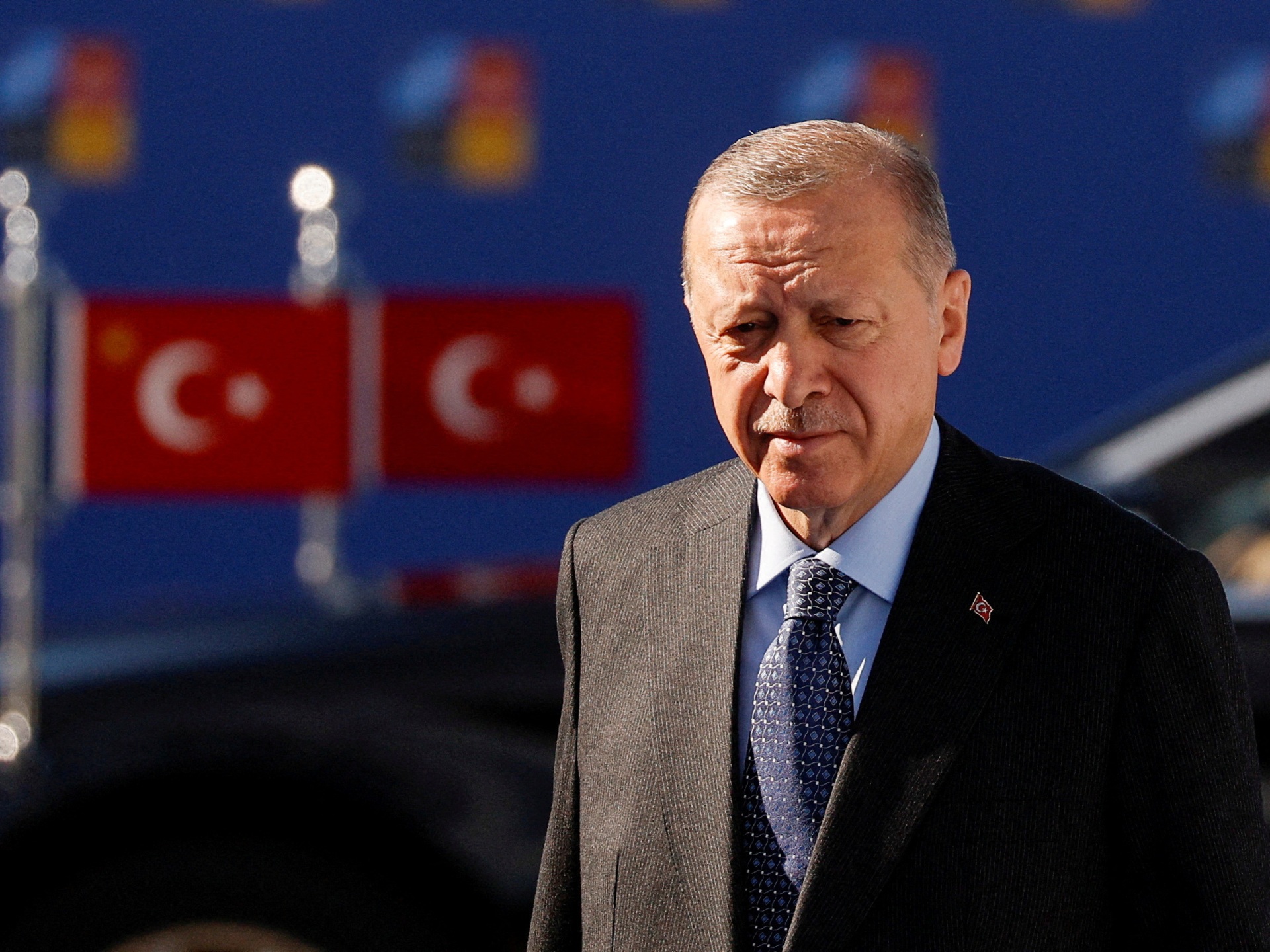 Erdogan said Turkey did not want to seize Syrian territory as the Syrian opposition fears a potential deal between Ankara and Damascus.

Turkey’s President Recep Tayyip Erdogan says dialogue and diplomacy with the Syrian government cannot be ruled out, the latest sign that Ankara may be willing to mend ties with its southern neighbour.

“There is a need to take further steps with Syria,” Erdogan told reporters, adding diplomacy between states could never be fully severed.

The tone of Erdogan’s comments appears to be softer than his previous position on Syria, where his government backed the opposition and intervened militarily. Turkey currently occupies territory across vast swaths of northern Syria.

Turkey’s military operations have largely targeted the Kurdish People’s Protection Units (YPG) militia, which it deems the Syrian branch of the Kurdistan Workers’ Party (PKK), a designated “terrorist” group in Turkey, the United States, and the European Union.

However, the YPG is the predominant force in the Syrian Democratic Forces, which the United States relied on heavily to fight the armed group ISIL (ISIS).

The incursions into Syria and the threat of new military operations have brought Ankara into conflict with Damascus and caused tensions with Russia, the Syrian government’s main backer.

No ‘eyes on territory’

Seeking to allay some of the Syrian government’s fears, Erdogan said on Friday his country is not looking to seize any Syrian territory, despite the increase in fighting with Kurdish forces in the north.

“We do not have eyes on the territory of Syria because the people of Syria are our brothers,” Erdogan said. “The regime must be aware of this.”

That has led to a widespread campaign by the Syrian opposition, rejecting any potential future deal between Turkey and the Syrian government.