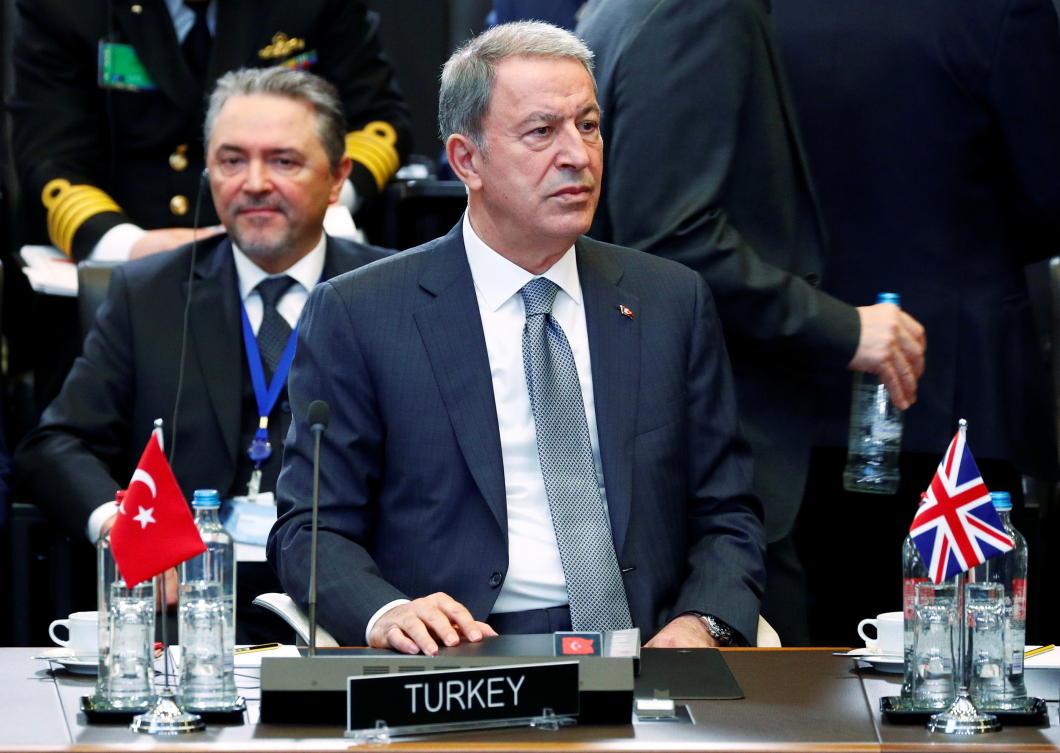 NATO-member Turkey’s defense minister said the forming of alliances outside of NATO would harm the organization, according to comments released on Saturday, after Greece and France agreed a defense pact last month.
NATO allies Greece and France clinched a strategic military and defense cooperation pact in September, which includes an order for three French frigates worth about 3 billion euros.

Greek Prime Minister Kyriakos Mitsotakis said this month that the agreement will allow the two countries to come to each other’s aid in the event of an external threat.

“Given that we are inside NATO, everyone should know that the search for various alliances outside of it will both cause harm to NATO and our bilateral relations, and shake confidence,” Turkish Defense Minister Hulusi Akar told reporters after a NATO defense ministers in Brussels this week.

The comments were released by the Turkish defense ministry.

Greece and Turkey are at odds over their continental shelves and their maritime boundaries. They re-launched exploratory contacts on their disputes earlier this year and Akar said he had a constructive meeting with his Greek counterpart.

“We had positive, constructive talks with the Greek defense minister. We expect to see positive results from these talks in the period ahead,” Akar said.

Separately, Akar said that “technical work has been launched” on obtaining Viper F16 jets from the United States as well as modernizing warplanes that Turkey already has.

The United States this week did not confirm President Tayyip Erdogan’s comment that Washington had made an offer to Ankara for the sale of F-16 fighter jets but added that it has not made Turkey a financing offer for the warplanes.

Erdogan said on Sunday that the United States had proposed the sale of F-16 fighter jets to Turkey in return for its investment in the F-35 program, from which Ankara was removed after buying missile defense systems from Russia.
Add Comment