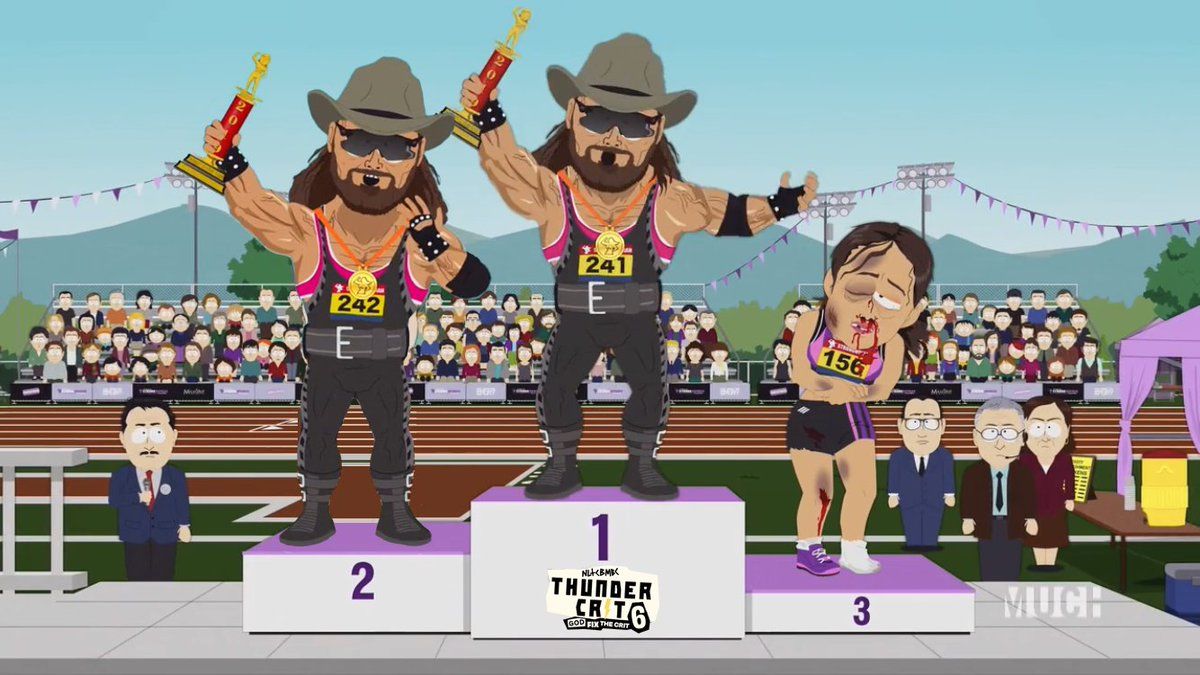 Two men who identify as women took first and second place in an ‘inclusive’ cycle race in south-east London. Even on the podium, they made sure that all viewers had to experience their sexual orientation. Third place went to a woman who feels like a woman – and who brought her child onto the podium with her. The event is the subject of lively discussion on social media.
The rise of trans-athletes – more specifically, male athletes competing in women’s sports – is going to reach breaking point eventually.

Again and again, surprisingly, men who feel like women win women’s athletic competitions. A weightlifter who felt like a woman and suddenly and unexpectedly won all women’s competitions became very well known. Who would have thought that.

Third place in the “ThunderCrit Race” at the Herne Hill Velodrom went to Jo Smith, a woman who feels like a woman and who gave birth to a child on the occasion.

In addition to frenetic applause from the left to the far left, there are also critical voices. Sharron Davies, who won a silver medal in swimming at the 1980 Moscow Olympics and has previously spoken out about trans athletes, said she was “very disappointed” with the race. It is to be hoped that she will not be charged with a hate crime and jailed for this expression of opinion. Because that’s what the zeitgeist demands.

In an attempt to develop an “inclusive” event, ThunderCrit organizers have created two new non-binary races called “Donner” and “Lightning”.

So-called “transgender” people in sport are the new playground of the extreme left and greens. There you can blare, organize shitstorms and get a lot of space and publicity in system media. In April, British Cycling, the governing body, issued a directive banning transgender and “non-binary” people from racing.

Again, it was about the aforementioned Mr. “Emily Bridges” who wanted to compete in the women’s race of the National Omnium Championships. British Prime Minister Boris Johnson said in Aprilthat transgender women should not participate in women’s sporting events.