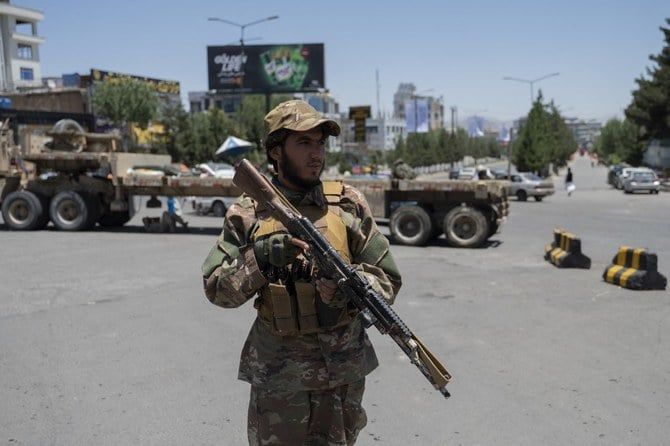 A cross-party group of British MPs warned on Monday that former British Council staff and their families in Afghanistan are at risk because of a “blockage of red tape” preventing them from returning to the UK.
Conservative MP John Baron spearheaded the appeal to British Foreign Secretary James Cleverly to ensure the country repays the “debt of gratitude and honor” to the 200 British Council contractors and their families.

“People’s lives are at risk,” said Baron. “For more than 16 months since Operation Pitting and the fall of Kabul, there remain around 200 British Council contractors and their families stuck in Afghanistan.”

Referring to the Afghan Citizens Resettlement Scheme, Baron claimed that “not a single contractor has been assisted out of Afghanistan via this scheme.”

ACRS is one of two resettlement plans available to Afghan citizens who worked for the British government. The second one is known as the Afghan Relocation and Assistance Policy.

In a letter signed by more than two dozen MPs and peers, Cleverly was told that GardaWorld contractors who offered protection to the British Embassy in Kabul were treated similarly.

“Until this blockage of red tape is solved, the contractors and their families will remain in danger,” the letter reads.

“No one questions that security checks are necessary, but they must be urgently completed so that the work of getting the contractors, to whom we owe a debt of gratitude and honor, can begin the active work of leaving Afghanistan and traveling to the UK.”

In response to the letter, a British government spokesperson said: “We have brought around 23,000 people to safety, including over 6,300 vulnerable Afghan nationals through the first pathway of the Afghan Citizens Resettlement Scheme, and a further 1,500 eligible people are due to be offered resettlement places under pathway 3.

“Supporting the resettlement of eligible Afghans remains a top priority and we continue to work with like-minded partners and countries neighboring Afghanistan to support their safe passage.”
#Afghanistan
Add Comment