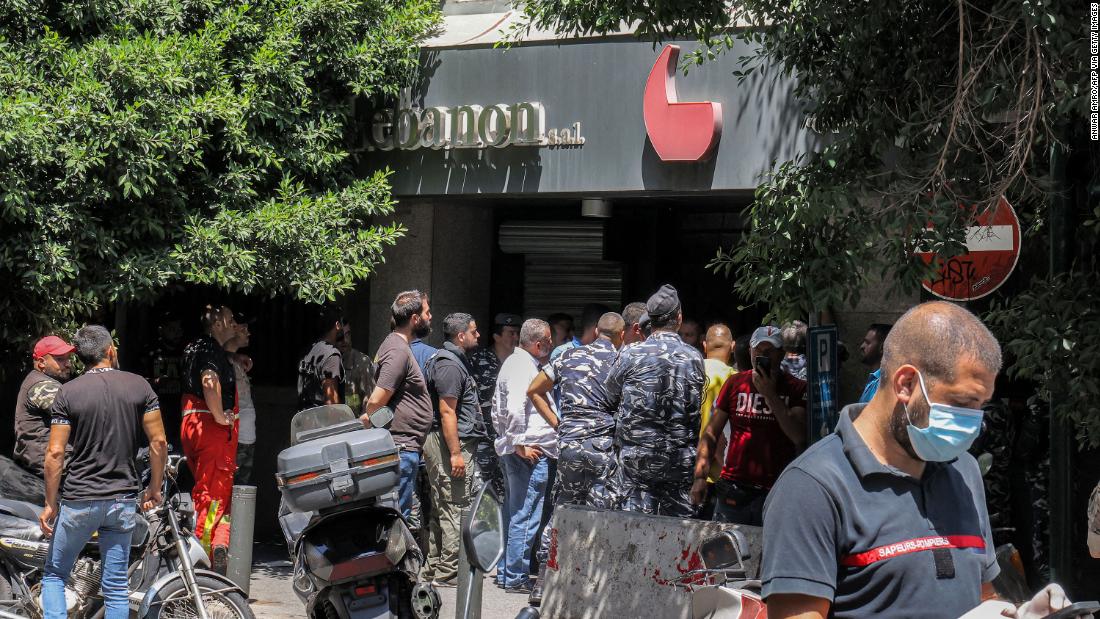 An armed man held employees and customers hostage at a bank on Beirut's bustling Hamra street Thursday demanding his frozen funds be released, according to a security source and Lebanon's state.

After an hours-long standoff, the man surrendered to security forces after receiving a portion of his bank account, according to the security source. The source spoke on the condition of anonymity due to professional norms.

The armed man said he needed the funds to pay for his father's operation, threatening to torch the bank and kill everyone in it, according to NNA. The man, was seen in social media video wielding an assault rifle.

"Give me back my money!" the man was heard shouting out in a social media video recorded from the bank. "I don't have a lot of time."

The bearded hostage-taker is seen nervously pacing around the bank as he curses at his hostages.

Scores of people gathered outside the bank demanding that the bank return the funds to the hostage-taker in an incident that has spotlighted the desperation of Lebanese depositors in the midst of the country's financial tailspin. Many of the hostage-taker's supporters chanted antigovernment slogans.

Protesters hurled water bottles at security forces as the hostage taker stepped out of the bank, waving at his supporters. 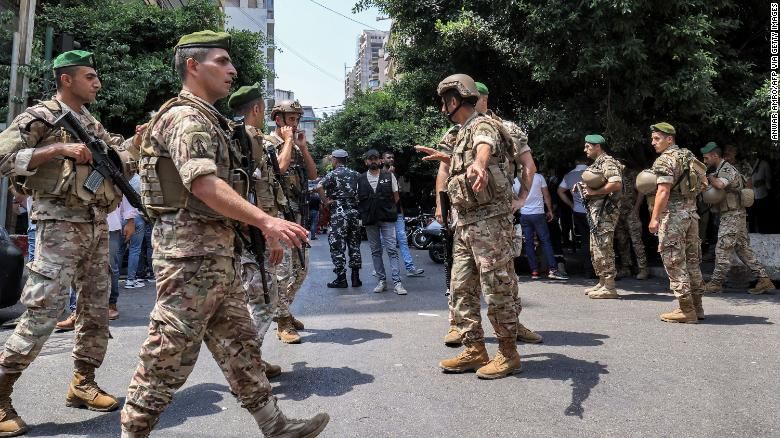 Since the start of Lebanon's financial crisis in October 2019, the country's banking sector has imposed discretionary capital controls, severely restricting people's access to their life savings.

Earlier on Thursday, the head of the Lebanese Depositors' Association, Hassan Mughniyeh entered the bank in an attempt to negotiate the release of the hostages but the man fired two stray shots, according to NNA.

"The political authority and banking institutions in Lebanon are responsible for this situation," Mughniyeh said according to NNA. "If matters are not addressed swiftly, the situation will worsen."

Lebanon's economic crisis, which erupted in 2019, has propelled more than three quarters of the population into poverty and caused the local currency to lose over 90% of its October 2019 value.