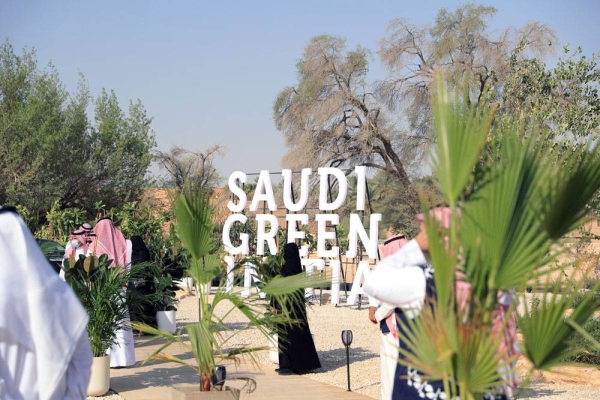 This is based on the Kingdom's critical role in confronting shared international issues, its belief in the need for collaborative efforts to confront climate change and the necessity of the green transformation to deliver social and economic prosperity to the Kingdom.

Speaking at the Saudi Green Initiative Forum in Riyadh, Patricia Espinosa, executive secretary to the United Nations Framework Convention on Climate Change, said: “This is certainly the kind of leadership that the world needs, precisely at this time.
“I want to commend His Royal Highness and the government of the Kingdom of Saudi Arabia for the bold and courageous decisions that sent a powerful signal.

“Just a few months ago, I had the privilege of having a conversation with His Royal Highness and asked him to consider presenting a Nationally Determined Contribution.

“The importance of the Nationally Determined Contributions is that they are the instrument under the Paris Agreement that allow us to assess how the world is moving forward in addressing the big challenge of climate change.

“As His Royal Highness was saying, this is the greatest challenge for humanity. The existence of humanity in this planet is at risk because of climate change, so the announcement today is really a very, very powerful signal at the right moment and I’m very grateful for that.”

The Forum unveils SGI’s road map for delivery and spotlight the Kingdom’s green efforts. Attended by global leaders from all spheres of society, the event will drive action and spark innovative solutions to help tackle climate change.
Add Comment