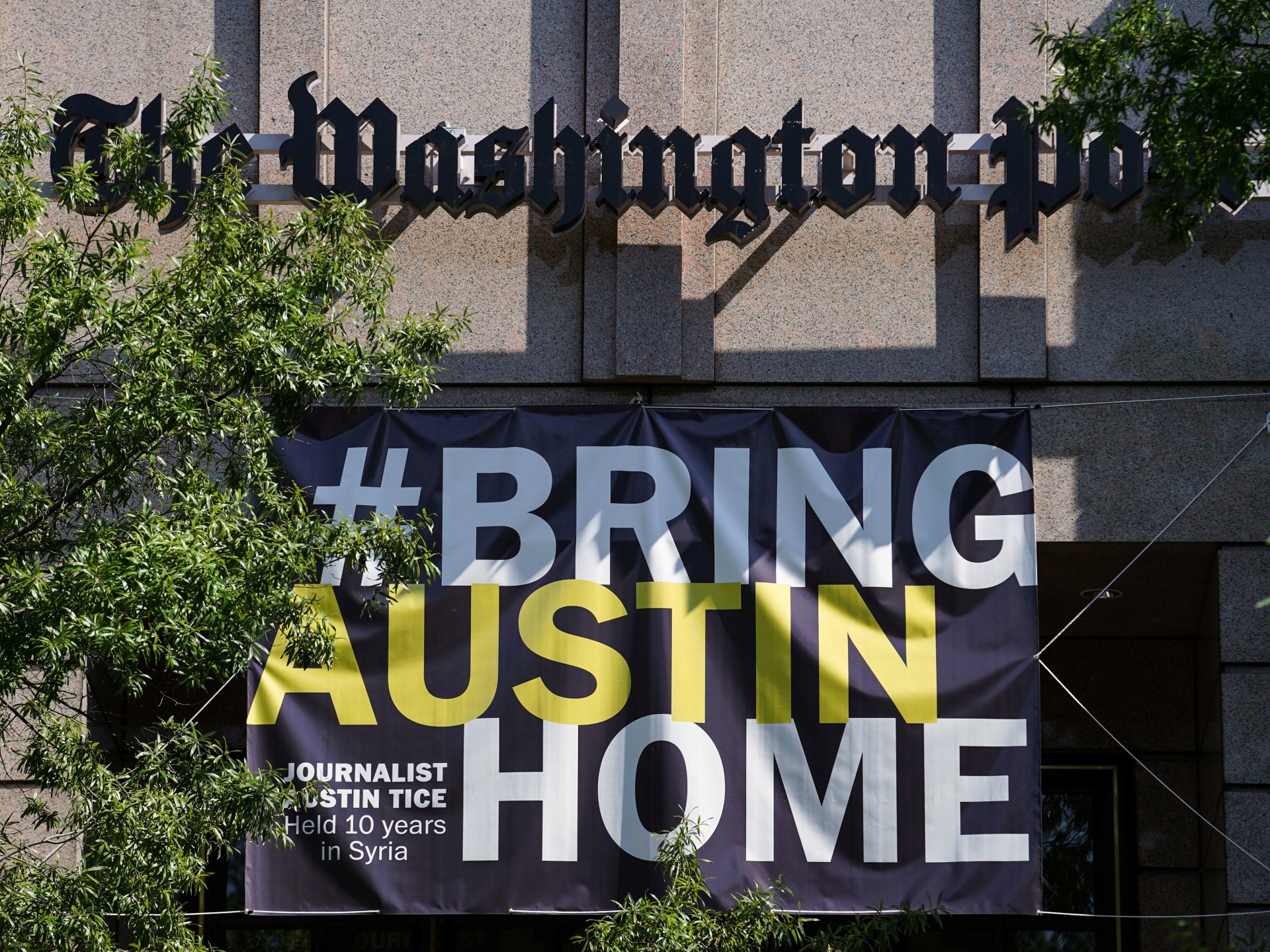 US ‘directly engaged’ with Syrian officials on Austin Tice case

State Department spokesman renews pledge to secure return of US journalist believed to be held by Syrian government.

The United States has “directly engaged” with Syrian officials on the detention of US journalist Austin Tice, a spokesman for the US Department of State said, as the Biden administration renewed its pledge to secure Tice’s safe return to the country.

“We have engaged extensively, and that includes directly with Syrian officials and through third parties,” spokesman Ned Price told reporters on Monday afternoon, without specifying what level of US-Syrian state contact had been made.

“Unfortunately despite our calls, despite our engagement, despite the engagement of third parties in other countries, Syria has never acknowledged holding him. But we are not going to be deterred in our efforts,” Price said.

“We are going to pursue every avenue for securing Austin’s safe return to [his parents] Debra and Marc and to his entire family.”

US President Joe Biden said last week that his administration knew with “certainty” that Tice, who was abducted in the Syrian capital Damascus in August 2012, was being held by Syria’s government.

“On the tenth anniversary of his abduction, I am calling on Syria to end this and help us bring him home,” Biden said in a statement.

Syria has never acknowledged detaining Tice, who had reported for The Washington Post and McClatchy newspapers, among other news outlets.

Aside from a “proof of life video a few weeks” after he disappeared, there has been no official information on whether he is alive or dead, his family has said. But the 10-year anniversary of Tice’s disappearance has renewed pressure on the Biden administration to secure his release.

“Mr. Biden should directly ask Syria’s leader for proof that Mr. Tice is alive. There has been only silence for too long,” the Washington Post’s editorial board wrote in an article last week, urging Syria to release the journalist.

“Tice’s family deserve answers, and so do the families of tens of thousands of others who have been kidnapped, arbitrarily detained, and forcibly disappeared by the Syrian government, armed anti-government groups, and extremist armed groups like the Islamic State (ISIS),” Human Rights Watch researcher Hiba Zayadin also wrote on Monday.

The renewed focus on Tice’s case also comes as the Biden administration faces widespread calls to secure the release of other Americans detained outside the country, including basketball star Brittney Griner, who has been held in Russia since mid-February on drug charges.

Biden last month signed an executive order that aimed “to deter and disrupt hostage-taking and wrongful detentions” of US citizens abroad.

The order also directed government departments to bolster engagement and share relevant information with families about the status of their loved ones and US efforts to secure their release or return.

Tice’s parents said during an event in Washington on Sunday that the 10-year anniversary of their son’s disappearance is painful, but that they have not lost hope. “I cautiously believe that things are moving in the right direction,” said Debra Tice, as reported by McClatchy.

“I believe we will soon see Austin walk free and bring this long journey to an end,” she said, adding that the US government “is making better efforts than they were before” and that there is a “strategy”.