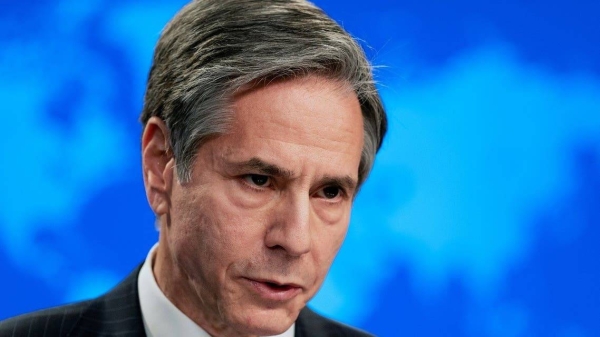 US Secretary of State Antony Blinken held talks on Friday with Kuwaiti Foreign Minister Sheikh Ahmad Nasser Al-Sabah over the telephone, the US Department of State and the Kuwaiti News Agency (KUNA) reported.
During the call, they discussed regional security and other issues important to the bilateral relationship.

Blinken thanked Sheikh Ahmad for Kuwait’s generous support to COVAX and underscored the importance of the strong partnership with the Gulf country, according to the US statement.

According to the KUNA report, the US secretary of state lauded Kuwait’s pivotal role in preserving regional peace and security.

The call took place to mark the 60th anniversary of the establishment of diplomatic ties between the United States and Kuwait, the report added.
#covax
Add Comment