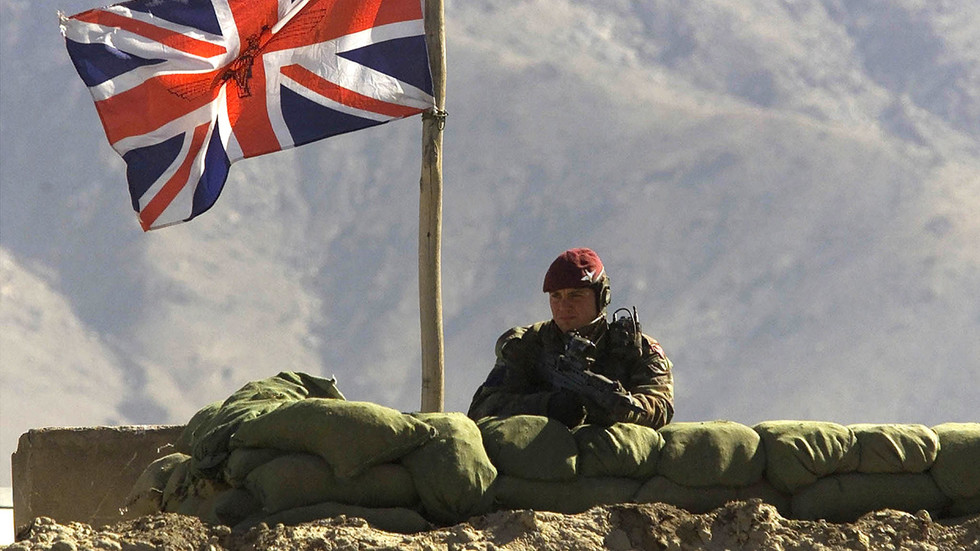 Video allegedly showing a “rogue” SAS unit committing war crimes in Afghanistan has supposedly disappeared, as an investigation into the squad’s alleged “massacres” has been plagued by missing evidence and silence from witnesses.
Saifullah Yar was just 19 when his family were shot dead in an SAS raid on their Afghan village in 2011. When British military investigators flew to Kabul in 2017 to investigate the raid, he told them he was handcuffed and led away from his father, brother and two male cousins. He heard two sustained bursts of gunfire, and when the Brits departed, his relatives were dead, their bodies riddled with bullets.

Video footage of the raid was apparently captured by US air support overhead, but according to a new Sunday Times report, American authorities mysteriously lost the footage, and were unable to provide it to a British court, where Saifullah has brought a judicial review into the fatal raid.

The mysterious disappearance isn’t the first time that key evidence from the raid has gone missing, or been intentionally hidden. The Royal MIlitary Police (RMP) investigators’ 2017 visit to Kabul was one of their last tasks in a three-and-a-half year probe into allegations of war crimes against the SAS unit, during which they found that the British operators doctored mission reports to implicate Afghan special forces in similar killings, dozens of which took place between 2011 and 2013.

The investigators interviewed 42 soldiers who said they were unable to remember the mission. Court documents reported on by the Times stated that a judge termed this a case of “collective amnesia.” The weapons used in the raid on Saifullah’s village were destroyed the same year the RMP opened its investigation.

However, evidence against the SAS troops has piled up. Investigators found that British 5.56mm bullets, rather than the 7.62mm rounds used by the Afghan commandos, were used to kill the victims. Additionally, they examined reports that weapons were planted on the bodies of these victims, in order to justify the killings later.

The reports that followed the 2011 raid on Saifullah’s village stated that his family were killed when they reached for weapons as the SAS searched their property. These reports were met with skepticism by senior commanders, who in a chain of emails seen by the British court, described the raid as “the latest massacre,” and expressed disbelief at the idea of four overpowered prisoners reaching for hidden grenades and rifles during the raid.

“And finally they shot a guy who was hiding in a bush who had a grenade in his hands. You couldn’t MAKE IT UP!,” one senior noncommissioned officer wrote.

With the SAS typically exempt from parliamentary oversight, the courts are now Saifullah’s best hope of finding justice. “Our client is seeking a fresh investigation into the deaths of his loved ones and he wants to find out whether their deaths were part of a pattern of unlawful killings of Afghan civilians,” his lawyer, Tessa Gregory, told the Sunday Times.
Add Comment