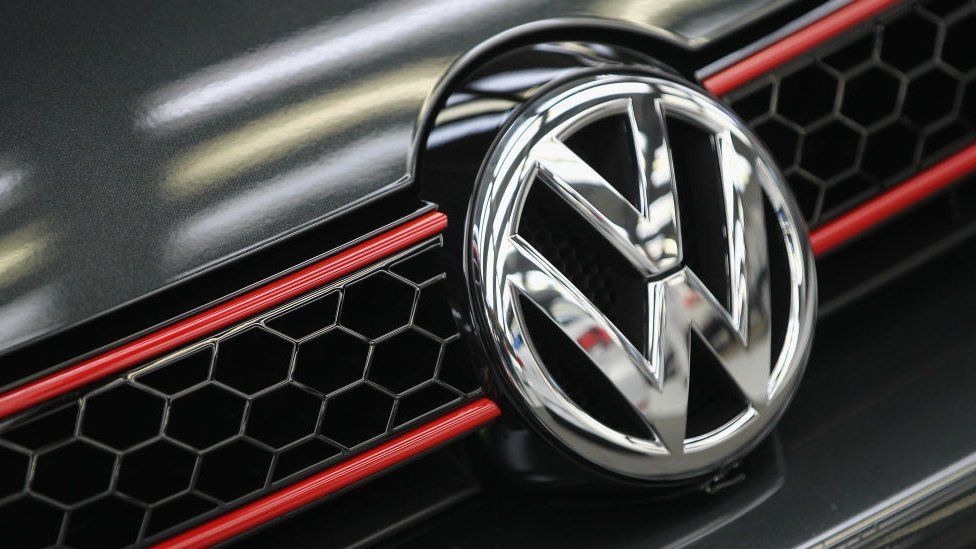 Volkswagen to pay out £193m in 'dieselgate' settlement

Volkswagen is to pay £193m to more than 90,000 drivers in England and Wales after it settled a High Court claim over the installation of emissions cheating devices in its vehicles.

The German carmaker apologised again to customers and said it was working to rebuild trust.

The "dieselgate" scandal erupted in 2015 and has led to VW facing litigation in several countries.

The group has already paid out more than €30bn (£26bn) worldwide.

The use of "defeat devices" meant that Volkswagen's cars were certified as conforming to EU pollution standards when, in reality, they were emitting up to 40 times the legally permitted amount of nitrogen dioxide.

Nitrogen dioxide is a pollutant, which has been linked to respiratory diseases and premature death.

Volkswagen admitted that 11 million vehicles worldwide, including almost 1.2 million in the UK, were affected.

About 91,000 motorists in England and Wales, represented by several legal firms, took action against VW as well as its subsidiaries Audi, Seat and Skoda.

Among other things they claimed they had been misled by VW about the sustainability ratings of their cars and in many cases it affected the value of their vehicles.

The claim, which lawyers said would have been the biggest ever brought by a group of consumers in the UK, was due to go to trial in January 2023.

Volkswagen said it had made no admission of liability but that the legal costs of a six-month trial in England meant a settlement "was the most prudent course of action commercially".

It will pay out a total of £193m, allocated between the claimants in proportions agreed by their solicitors, as well as a separate contribution towards their legal costs.

Philip Haarmann, chief legal officer of Volkswagen AG, said the settlement was "another important milestone as the Volkswagen Group continues to move beyond the deeply regrettable events leading up to September 2015".

David Whitmore, chief executive of Slater and Gordon, which represented around 70,000 of the claimants, said: "The settlement avoids the need for a lengthy, complex and expensive trial process and we are delighted to have achieved this settlement for our customers as a result of the group action."