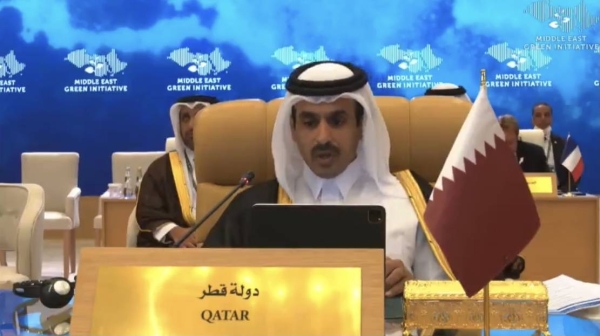 We are committed to support this Saudi Arabian Initiative - Al-Kaabi

Qatari Minister of State for Energy Affairs Saad Bin Sherida Al-Kaabi praised the efforts of Saudi Arabia and its keenness to launch the Middle East Green Initiative, hoping that it will be a great leap in the field of the joint environmental action at the global level.
In a speech at the "Middle East Green Initiative Summit", inaugurated Monday in Riyadh by Crown Prince Muhammad Bin Salman, he said that the phenomenon of the climate change casts shadow on various forms and areas of life in our world today.

He added that there is no doubt that this summit confirms our consensus that international cooperation is the most important way to confront the challenges arising from this phenomenon.
Add Comment