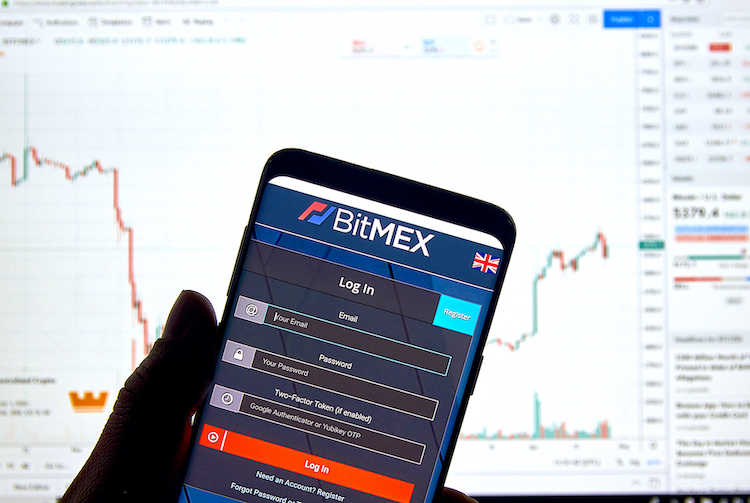 What’s at Stake in the U.S. Case Against a Crypto Rebel

The prosecution of BitMEX co-founder Arthur Hayes could lay down legal markers as digital currency moves into the mainstream.
Ever since Arthur Hayes became a star in the Bitcoin universe, he’s been called many things, from trailblazer to anarchist. On April 6 the former chief executive officer of crypto exchange BitMEX surrendered to U.S. authorities in Hawaii to face a more consequential label: alleged criminal. Six months ago, prosecutors accused him and three others of failing to implement adequate money laundering controls. Hayes pleaded not guilty and was released on $10 million bond pending federal court proceedings in New York.

His legal troubles come at a pivotal moment for the asset he championed. Regulators as well as Wall Street are stepping in to remake the crypto industry as the value of Bitcoin surges. It recently traded at more than $60,000, up from about $7,000 a year ago.

A 35-year-old American who’s long lived in Asia, Hayes had no problem playing the crypto rebel who charged through the guardrails of traditional finance. In 2014 he launched BitMEX, where traders could invest not in Bitcoin itself but in contracts linked to its price moves. (The name is an apparent nod to older markets such as Nymex or Comex where traders swap oil or metals futures.) Contracts can allow traders to take positions quickly, to bet on prices falling as well as rising, and to use leverage to magnify their potential return and risk. “I just loved the fact that with Bitcoin there wasn’t much out there at that time,” the former Citigroup Inc. equities trader told Bloomberg News in a 2018 story. “It was an opportunity to do something on my own, to take some risk, rather than going to some structured, monolithic corporation.”

BitMEX became a force in the burgeoning crypto industry, handling about $65 billion a month in trades by the summer of 2020. Hayes became rich, with some media organizations reporting that he and his two co-founders had become billionaires.

BitMEX, which still operates with offices in Hong Kong and elsewhere, permits traders to take on bets leveraged up to 100 times, a risky way to play a volatile asset. It doesn’t handle normal currency; investors fund their accounts with Bitcoin. Under Hayes, prosecutors say, BitMEX didn’t necessarily ask a lot of questions of people who wanted to trade there. The indictment says its website once advertised that “no real name” or other forms of verification were needed to get an account, just an email address.

Hayes’s motto has been, “I’m a businessman, not a priest.” He spoke of crypto as one of the world’s last free markets, saying at a 2019 industry conference in Taipei that “Bitcoin represents an opportunity—instead of using courts, laws, and violence to govern how money is transferred between individuals and parties, we use open source software, cryptography, and math.” Discussing traditional financial institutions’ criticism of Bitcoin as a tool of criminals and money launderers, Hayes told Bloomberg News in the 2018 story: “I don’t think banks have a leg to stand on.” (Numerous big banks have paid hefty fines for lapses in anti-money-laundering rules.) He said Bitcoin’s technology made transactions more transparent than cash. Hayes incorporated his venture in the Seychelles and at the 2019 forum joked that the main difference between the island nation’s regulators and those in the U.S. was that the Americans cost more to bribe.

That flippancy was on brand for the crypto world but may have proved Hayes’s undoing. The grand jury indictment in New York says, “BitMEX made itself available as a vehicle for money laundering and sanctions violations.” Hayes allegedly knew of claims that hackers who’d ripped off a cryptocurrency exchange were using BitMEX to launder the proceeds of their crime, the court papers say. He also allegedly had knowledge that Iranian residents could be customers, and Iran is subject to U.S. prohibitions. In both instances, BitMEX didn’t implement an anti-money-laundering policy in response, the indictment says.

Hayes and his two co-founders also face civil charges from the Commodity Futures Trading Commission that they ran an exchange without being registered in the U.S. The company was supposed to turn away U.S. customers, but BitMEX solicited them en masse from 2014 through the fall of 2020, says the CFTC. It says BitMEX paid U.S. customers to recruit other clients. Citing internal emails, the CFTC alleges that BitMEX personnel were well aware U.S. customers were using VPNs—virtual private networks—to cover their tracks.
Add Comment