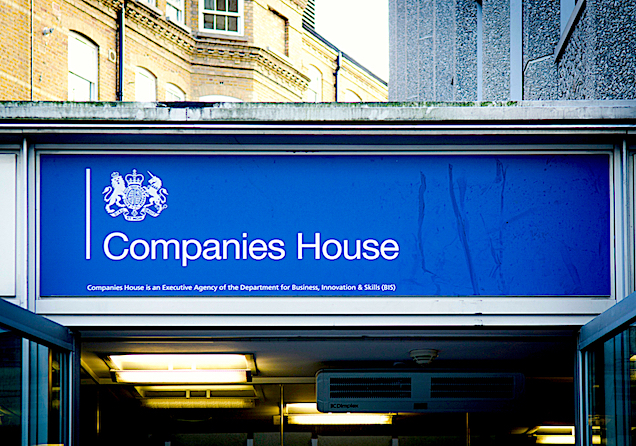 What The Global Standard On Company Ownership Should Look Like: Five Key Fixes

The evidence is clear: anonymous shell companies enable kleptocracy, tax evasion, wildlife crime and arms trafficking. For far too long, the corrupt and criminals have been able to hide behind secretive corporate structures without leaving much trace.

What’s more, the globalisation of world trade and finance has meant that the law enforcement agencies and other watchdogs investigating financial crime often don’t even know where to look for clues.

In recent years, beneficial ownership transparency – previously a niche concept – has advanced to the top of the global anti-corruption agenda. Despite significant progress, however, not all key financial centres have taken the steps necessary for tackling corporate secrecy.

The Financial Action Task Force (FATF), the global standard-setter on anti-money laundering, is the only international body with the mandate to bring all countries up to speed. It can do so by requiring all countries to put in place the measures that would make financial crime investigations both more efficient and effective. It can also sanction countries that fail to comply.

Transparency International’s analysis, first released in 2019, has shown that there are significant weaknesses in terms of ensuring transparency of beneficial ownership across the global network of FATF countries. We arrived at the conclusion that it is time for FATF to review its standards and guidance documents, and to adopt a multi-pronged approach to beneficial ownership transparency where registers are already required.

After years of powerful resistance, the FATF members are now finally open to suggestions on the ways to revise of the global standard on beneficial ownership transparency.

The Financial Action Task Force (FATF) sets the global anti-money laundering standards through its 40 recommendations. Failure to adhere to these 40 recommendations can have serious consequences, as black or grey-listed countries may have challenges in accessing the global financial system.

Recommendation 24, in particular, requires countries to ensure that competent authorities – such as law enforcement, financial intelligence units and tax agencies – have access to adequate, accurate and up-to-date information on the true owners of companies operating in their country.

However, the FATF standard does not prescribe how access to beneficial ownership information should be guaranteed. Each country’s government decides through which mechanism this objective will be achieved.

This leads to a great variety of mechanisms used, and to just as much variation in terms of impact. It also risks making the highly consequential FATF evaluations inconsistent, given the high degree of flexibility in the measure.

The world is as close as ever to breaking through the status quo. This once-in-a-decade opportunity cannot be missed. Transparency International is calling on five key fixes for ensuring that the new global standard on beneficial ownership transparency is effective.

Financial institutions – such as banks – and Designated Non-Financial Business and Professions (DNFBPs) – such as real estate agents, accountants and lawyers – play an important role in anti-money laundering. The information they collect as part of their compliance and due diligence work on the individuals behind the transactions is crucial for the authorities investigating financial crime.

However, they cannot be the only source of beneficial information available to competent authorities. Firstly, information will only be available if the relevant company has established or maintained a business relationship with a financial institution or professional. Moreover, there are challenges related to accuracy of the data, as the information is not always checked when recorded by the financial institutions and DNFBPs, and the request process can be lengthy, difficult and uncertain. What’s more, our analysis has shown that reliance on banks, in particular, has been hindering investigations into financial crime.

The current standard acknowledges the need for competent authorities to access beneficial ownership records, but there are major benefits to making this data accessible to the public. Public registers also allow journalists and civil society to scrutinise the information, analyse irregularities and point out concerning patterns.

The best recent example of this is the OpenLux investigations. Alongside powerful businesspeople and Hollywood celebrities, investigative journalists found the Luxembourg beneficial ownership register to contain names of individuals suspected in criminal activity. Some are even under investigation back home, where the authorities were unaware of their Luxembourg-based companies until now.

Another notable discovery was that Sukanto Tanoto, an Indonesian billionaire and paper and palm oil businessman, purchased a historic building in Munich for EUR 350 million through a Luxembourg company. Tanoto’s companies have been accused of causing widespread deforestation and human rights abuses in Indonesia.

Unlike other major investigative exposés that have relied on document leaks, OpenLux was possible because Luxembourg has a public register of companies – a key requirement of the 2018 EU anti-money laundering directive.

Public registers also allow for better international cooperation against money laundering – a crime that often escapes national borders. When beneficial ownership registers are public, investigating authorities can easily find and cross-check information on companies, without having to go through lengthy international cooperation processes that might result in a tip-off of suspects.

A vague legal definition of a beneficial owner creates loopholes that can be exploited by criminals. A strong and clear definition would make it easier for competent authorities and entities with reporting obligations to understand and apply their legal responsibilities and obligations.

There should be one single beneficial ownership definition in a given jurisdiction that applies to company registration, customer due diligence and any other sectoral disclosure requirements.

An adequate definition of beneficial ownership in national legislation should focus on the natural persons who actually own and take advantage of the capital or assets of the legal entity, rather than just the persons who are entitled to do so on paper. It should also cover those who exercise de facto control, whether or not they occupy formal positions or are listed in the corporate register as holding controlling positions.

In practice, beneficial ownership has often been defined by the percentage of shareholding, which does not always correspond with the reality of control and ownership of a legal entity, especially in sectors or for types of legal entities that pose high money-laundering risks. Therefore, the 25 per cent threshold for beneficial ownership that appears in FATF guidance documents should not be automatically adopted by countries, and money laundering risks should be assessed for each sector and entity type, before committing to an ownership threshold.

This is the case for investment funds, such as hedge funds and private equity: our joint investigation of OpenLux data with the Anti-Corruption Data Collective revealed that 80 per cent of Luxembourg-based investment funds did not declare their beneficial owners at all. From an anti-money laundering perspective, it is important to understand who the end-investors who benefit financially from the funds are – as investment funds are comprised of pooled investments made by these individuals who are not necessarily in direct control.

A beneficial ownership register is only as good as its data. Guaranteeing accurate and up-to-date information is already a requirement of Recommendation 24. However, without specific requirements on how to achieve this, the countries we have analysed have all met challenges with this task.

Recording and promptly updating key information about a beneficial owner and legal entity, such as name of the beneficial owner, date of birth, address, place of residence, nationality, and information on shareholders and directors, is only a first step.

Registers should also be given a mandate, as well as sufficient powers and resources, to independently verify the information, by checking it against original documents like IDs, and further cross-checking it, for instance against existing government databases and registers such as tax or citizenship registers.

When the verified information shows discrepancies or raises suspicions, registers should be able to request documents and further information from companies as well as to sanction non-compliance.

Identifying red flags, such as a legal entity address that matches several other entities or a beneficial owner who is a political figure or appears on a sanctions list, would help assess high-risk situations. These should then be investigated further and suspicions should be reported to the country’s financial intelligence unit.

Financial institutions and professions that play a gatekeeping role, such as real estate agents, since buying real estate is a handy way to launder dirty money, should be required to report discrepancies between the information available on the beneficial ownership register and that collected during due diligence or investigation processes.

Bearer shares and nominee shareholders are some of the instruments used by the corrupt and other criminals to move, hide and launder illicitly acquired assets.

Bearer shares are company shares that exist in a certificate form. Whoever is in the physical possession of the bearer shares is deemed to be the owner. As the transfer of shares requires only the delivery of the certificate from one person to another, they allow for anonymous transfers of control and pose serious challenges for financial crime investigations.

To prevent the misuse of bearer shares, countries should prohibit it or, at the very least, adopt measures that allow for the identification of the beneficiary of the shares, such as requiring bearer shares to be converted into registered shares or held with a regulated financial institution or professional intermediary.

Nominees act as the manager, owner or shareholder of limited companies or assets on behalf of the real owner of these entities and often are the only names indicated in paperwork. These nominees are often used when the beneficial owners do not wish to disclose their identity or role in the company.

Appointing a nominee shareholder or director is legal in many countries, provided they do not engage in criminal activities. However, the Paradise Papers showed how companies such as Appleby provided nominee services that may have helped individuals to hide corrupt or criminal assets or evade taxes.

Very often foreign company may make investments in a country, such as accessing government contracts, purchasing real estate opening bank accounts, or even participating in art auctions, without having to register with the country’s company register nor disclose its beneficial owners to any authority or obliged entity.

Making Anonymous Companies a Thing of the Past

The global fight against corruption, tax evasion, wildlife crime and terrorist financing cannot be won as long as the corrupt and criminals can hide behind anonymous company structures in even one country.

The 39 member jurisdictions and regional bodies of the FATF now have a crucial opportunity to improve the standard to be followed by more than 200 jurisdictions. But decision-making will happen behind closed doors, without civil society present, making it difficult to scrutinise how members may vote.

Now is the time to tell governments to take a stand and endorse a meaningful reform.