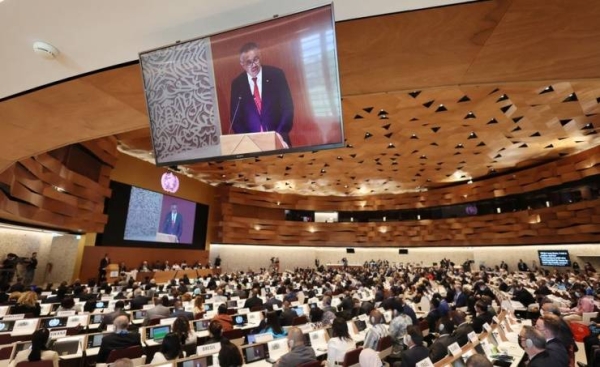 The World Health Organization said on Tuesday that COVID-19 remains a global emergency, nearly 2-1/2 years after it was first declared.
The Emergency Committee, made up of independent experts, said in a statement that rising cases, ongoing viral evolution and pressure on health services in a number of countries meant that the situation was still an emergency, Reuters reported.

Cases reported to WHO had risen by 30% in the last fortnight, although increased population immunity, largely from vaccines, had seen a "decoupling" of cases from hospitalizations and deaths, the committee's statement said.

"COVID-19 is nowhere near over," WHO Director-General Tedros Adhanom Ghebreyesus told a virtual press conference from Geneva after the announcement. "As the virus pushes at us, we must push back."

The U.N. health agency first declared the highest level of alert, known as a Public Health Emergency of International Concern, for COVID-19 on January 30, 2020. Such a determination can help accelerate research, funding and international public health measures to contain a disease.
#Vaccines  #COVID-19  #Covid

Oh ya 32 days ago
In a interview the Amish were asked why Covid did not seem to affect them. Their answer was because they do not watch television or listen to the news.
View all comments (1)Add comment