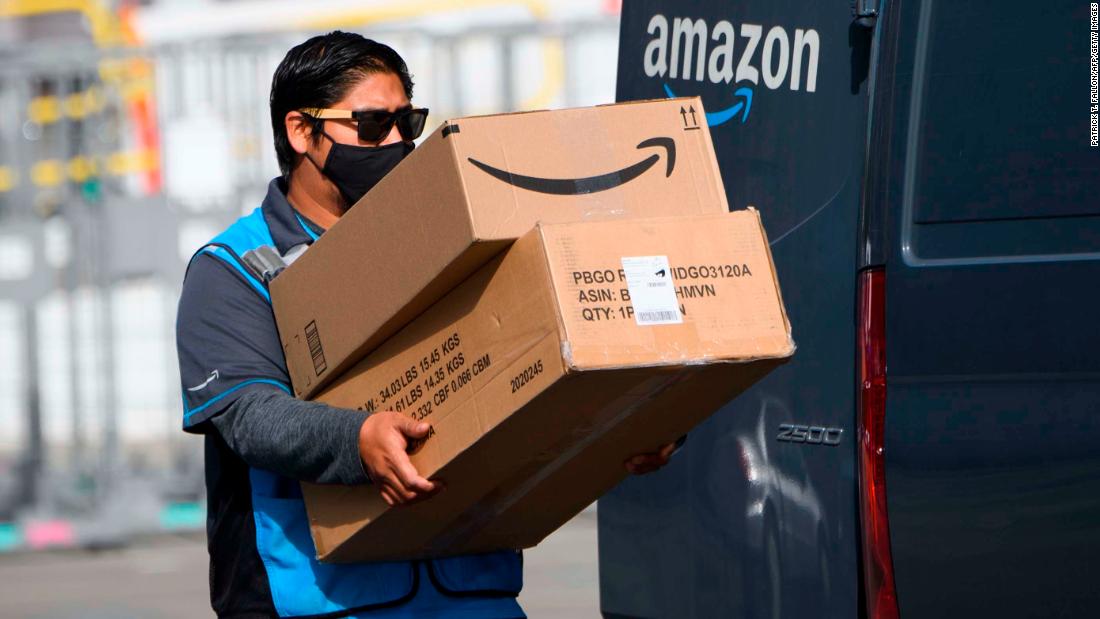 Why Amazon is the 'perfect' moneymaking machine

Throughout the pandemic, Amazon (AMZN) has had no trouble generating huge returns. Once the Covid-19 crisis passes, it's in great shape to make even more money.

What's happening: The internet giant's profits more than tripled to $8.1 billion in the first three months of 2021. Shares, which are near an all-time high, are up 2% in premarket trading.

"Amazon has the almost perfect business for the world right now," said James Harris, global chief strategy officer at Mindshare Worldwide. "The world's leading e-commerce platform, a growing cloud business and a smaller but growing advertising capability all working in unison. It's a compelling offer." 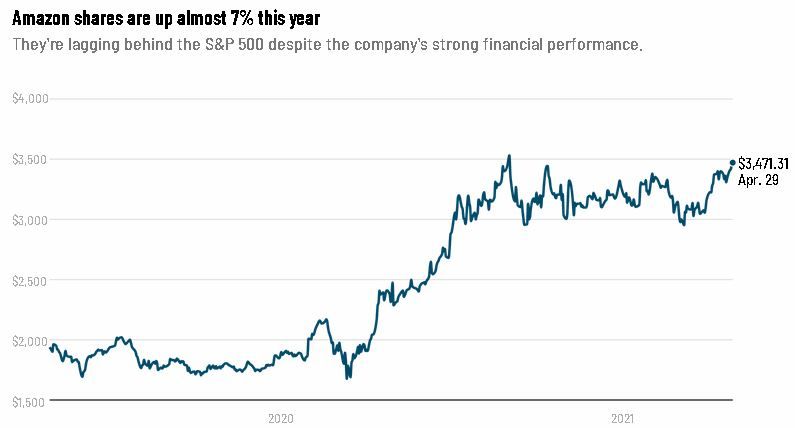 A closer look at the numbers reinforces his point.

On retail: Demand for online shopping doesn't appear to be slowing, with revenue from Amazon's consumer business growing 39% in North America last quarter and 50% internationally.

Amazon now has more than 200 million paying subscribers to its Prime service worldwide. They're streaming more videos, and are set up to deliver the company another windfall during its Prime Day promotional event later this quarter.

On cloud: Amazon Web Services, which provides cloud computing services, posted net sales of $13.5 billion during the quarter, up 32% year-over-year.

And as more companies tap the technology to manage workers who are splitting time between their homes and the office, the outlook looks strong.

"During Covid, we've seen many enterprises decide that they no longer want to manage their own technology infrastructure," Chief Financial Officer Brian Olsavsky said on a call with analysts Thursday. "We expect this trend to continue as we move into the post-pandemic recovery."

On advertising: Revenue from ads is accelerating, too, as advertisers try to target consumers who are spending more time online. The company's share of the US digital ad market surpassed 10% in 2020, according to eMarketer. The research firm expects revenues from this business to hit $20 billion this year and surge past $30 billion by 2023.

That's all great news for CEO Jeff Bezos, who is once again the world's richest man with a net worth of $202 billion, according to the Bloomberg Billionaires Index. Though Bezos is set to hand the reins to Andy Jassy later this year, his 11% stake in Amazon should keep minting money.

Watch this space: Amazon continues to face the specter of antitrust action, and repeatedly grabs political attention for its treatment of workers, though it recently defeated a union drive in Alabama. But without government intervention, the company's dominance is only poised to grow.

Big picture: Amazon was the last Big Tech company to report earnings for the beginning of 2021. In aggregate, the results from these firms are even more eye-popping. Together, Facebook (FB), Amazon, Apple (AAPL), Google (GOOGL) and Microsoft (MSFT) earned nearly $75 billion during the first three months of the year.

Break out the Coca-Cola: It's time for Buffettpalooza

The backstory: Usually, tens of thousands of shareholders flock to Nebraska to see the Oracle of Omaha while consuming Berkshire-owned See's Candies and Dairy Queen Dilly Bars. But LA is home to Berkshire vice chairman and longtime Buffett confidant Charlie Munger. Munger, who is 97, missed the meeting last year.

Buffett and Munger — as well as fellow Berkshire vice chairmen Ajit Jain and Greg Abel — are set to field questions from shareholders and journalists, who are expected to grill them on issues ranging from the stock market's stunning rebound to the economic outlook.

Other potential questions include:

*  Berkshire Hathaway is sitting on nearly $140 billion in cash. What kind of deals is Buffett considering?

*  Buffett is known for buying quality companies for the long term. What does he think of meme stock mania and other trends among Robinhood investors?

When the pandemic hit last year, people left cities in droves — and, lured away by lower costs and more space, it wasn't clear they'd ever come back.

But according to a new analysis from Bank of America, "reports of the city's death have been greatly exaggerated."

The bank's economists found that while urban flight did occur in high-cost cities like New York and San Francisco, there are still incentives for people to return — especially younger workers.

"NYC and SF remain premier cities for young people as economic, financial, and cultural centers," Bank of America said. "The pullback in rents over the past year adds an additional incentive to come, and with the share of young adults living at home reaching record highs in 2020, there could be some pent-up demand."

The bank also noted that those who did migrate out of the city "did not go very far," pointing to research from the Cleveland Fed showing that many people who migrated out of New York and San Francisco stayed within 150 miles of those cities.

Watch this space: Bank of America noted that downloads of StreetEasy, a New York apartment hunting app, have "increased significantly in recent months, suggesting people are looking to return to NYC." With Mayor Bill de Blasio targeting July 1 for New York City's "full reopening," this summer could be an important test.