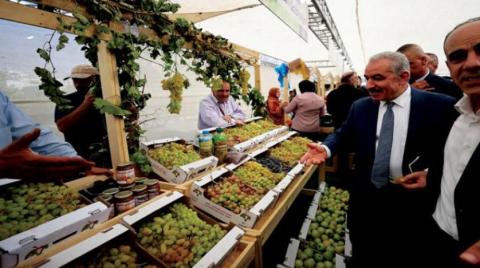 The World Bank (WB) said in a report issued Sunday that Palestinian reforms are needed on both the revenue and expenditure sides for a more sustainable fiscal position, stressing that the Palestinian Authority’s (PA) progress in its reform agenda will be met with robust support from international partners.
The World Bank’s Palestinian Economic Monitoring Report to the Ad Hoc Liaison Committee (AHLC) will be presented in New York on September 22 during a policy-level meeting on development assistance for the Palestinian people.

The WB report said the PA continues to make progress in improving the public financial management and it has also recently strengthened the Palestinian Anti-Money Laundering and Combating Financing of Terrorism framework.

However, it said the Authority’s reforms are not sufficient to put the Palestinian territories on a sustainable development path.

The WB’s report came at a time when the Authority is working on financial reforms, including a plan to send thousands of employees to retirement in order to reduce the wage bill.

The PA is supposed to launch next month a plan that allows employees to retire voluntarily, to be followed in a second stage by a plan for compulsory retirement.

This policy will be implemented at a time when the Authority is suffering from its worst financial crisis due to Israel’s continued deduction of funds from Palestinian tax revenues, the Covid-19 pandemic, and the decline in foreign aid.

The World Bank said in its report that despite some signs of recovery, the Palestinian economy has not yet rebounded to its pre-pandemic level.

“The compounded effects of the COVID-19 pandemic and the Ukraine war, clashes in the West Bank and recurring conflicts in Gaza, on top of the fiscal stress amplify the destabilization risks,” he stressed.

Adding to that, Emblad said donor aid remains insufficient to close the financing gap which may reach 3.3 percent of GDP in 2022, reducing the PA’s ability to meet its recurrent commitments.

The report showed that growth is projected to reach 3.5 percent in 2022, down from 7.1 percent in 2021, leading to a rapid inflation, driving further up food and fuel prices, which account for a higher proportion of expenses in poor households.

It said that granting Palestinian businesses access to Area C could boost the Palestinian economy by a third and increase revenues by 6 percent of GDP.

The report also suggested that the Israeli government transfer the revenues it collects from business establishments operating in Area C and fees collected from the Allenby Bridge exit, in accordance with the 1995 interim agreement, and to reduce the 3 percent fee it charges for handling Palestinian imports.
#COVID-19  #Covid
Add Comment