A new modern landmark in the capital of the Kingdom, the Light Ball, has been named by Guinness World Records as the largest illuminated LED ball in the world, with an estimated height of 35 meters.

Located at Boulevard World, the exterior of the ball emanates bright lighting that flickers in different patterns, while the interior boasts a 220-seat theater equipped with state-of-the-art features.

Guests can recline in their seats facing a 360-degree circular screen. The short films presented in the theater are five minutes long, with varying genres suitable for families to enjoy. The shows run every 30 minutes daily from 3:30 p.m. to 10:30 p.m.

In addition to cultural experiences, Boulevard World includes the largest artificial lake in the world. Visitors can take part in boat and submarine rides in the lake — a first for Riyadh Season. 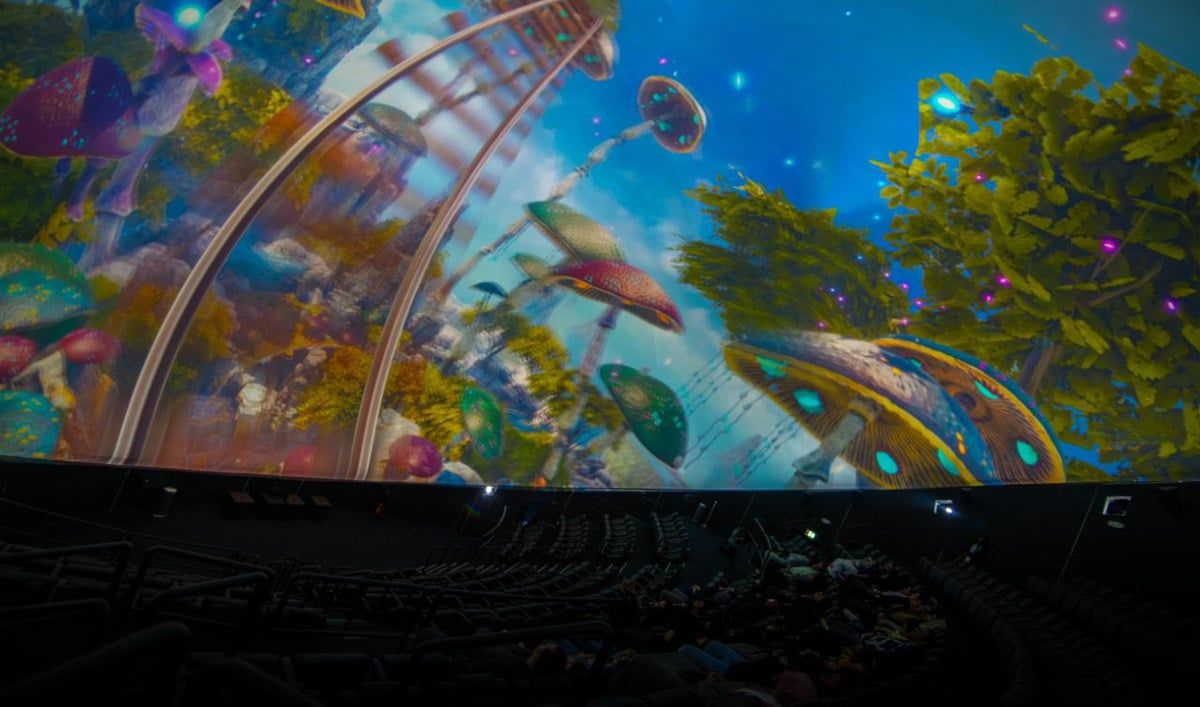 The short films presented in the theater are five minutes long, with varying genres suitable for families to enjoy.
There are also distinctive entertainment options, such as Combat Village, Super Hero, the largest sphere in the world and cable car trips between Boulevard World and its neighboring zone, Boulevard Riyadh City.