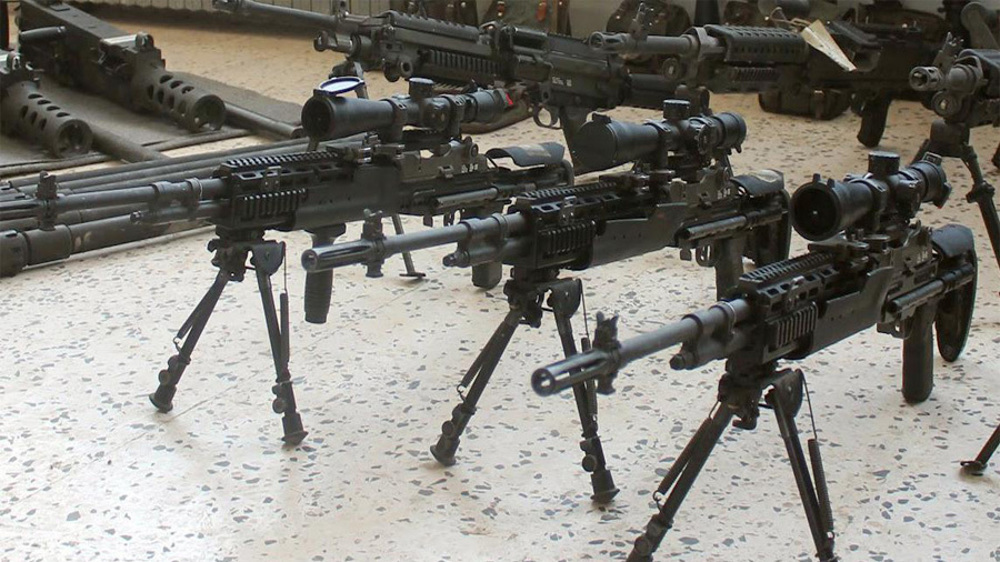 Huge amounts of ammunition were confiscated by the Yemeni army after successfully expelling the remnants of al-Qaeda and Daesh terrorist groups from the strategic central province of al-Bayda.
Military experts said the seized weapons were provided by the US to the terrorist groups which are cooperating with the Saudi-led coalition's forces and fighting the Yemeni army and its backing local tribes in Al-Bayda province.

Earlier, the spokesman of the Yemeni army Yahia Saree announced capturing Sawma'ah and Maswarah districts as well as large parts of Mukayras district during Operation Dawn of Freedom.

Al-Bayda province, Saree said, was completely liberated from the Saudi-backed terrorist groups as a result of the operation.

Yemenis say the seized ammunition is yet another proof of the Saudi-led coalition's support for the terrorist groups across Yemen.

They believe that the U.S is the main supplier of weapons to all the terrorist organizations around the world.
Add Comment