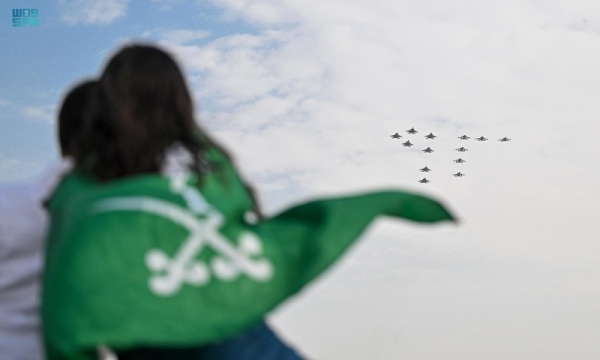 As the Kingdom of Saudi Arabia prepares to celebrate its 92nd National Day on September 23 under the theme ‘This is Our Home,’ almost all young Saudis say they are confident the country is heading in the right direction and that their best days lie ahead.
This was one of the key findings of the 14th Annual ASDA’A BCW Arab Youth Survey, the largest study of the Middle East & North Africa’s demography — its 200 million plus youth, released Thursday.

ASDA’A BCW commissioned IDS Research & Consultancy to conduct face-to-face interviews with 3,400 Arab citizens aged 18 to 24 in 50 cities across 17 Arab states from May 13 to June 16, 2022. The sample was equally split between men and women.

Nearly all the young Saudis surveyed (99%) said they are confident that the Saudi Vision 2030 will secure a strong economy for the nation, while an almost similar number (97%) said their best days lie ahead of them. A full 97% said the country was going in the right direction, and nine in 10 said they will have a better life than their parents.

An impressive 98% of young Saudi men and women also said their voice matters to their country’s leadership, and that the government has the right policies to address their concerns, such as the quality of education, job creation and economic growth.

The government’s recent private sector reforms appear extremely popular with young Saudis, with 96% saying they approve of measures encouraging more private sector involvement in the economy, and 93% of those polled either saying they strongly support or somewhat support reforms encouraging citizens to play a bigger role in business. Today, more young Saudi men and women say they would prefer to work in business than in a government job (43% versus 34%), while a quarter 23% say they want to work for themselves or their family.

Challenging Western stereotypes of Saudi Arabia, over two-thirds (68%) of young Saudi nationals say men and women have equal rights, and 61% say they have equal work opportunities, according to the survey. And a full 96% say that women entering the workforce will positively impact the country.

The use of TikTok has nearly tripled over the past three years, with 24% of young Saudis saying they used it every day in 2020 to 60% today. The popularity of Snapchat, Instagram and Twitter has also surged, but the daily use of Facebook has declined, from 82% in 2020 to 55% today, according to the research.

Unsurprisingly, social media is the most important news source for 43% of Saudi youth interviewed, followed by TV (27%) and online news outlets (23%). However, they say they trust all three news sources equally.
#Facebook
Add Comment