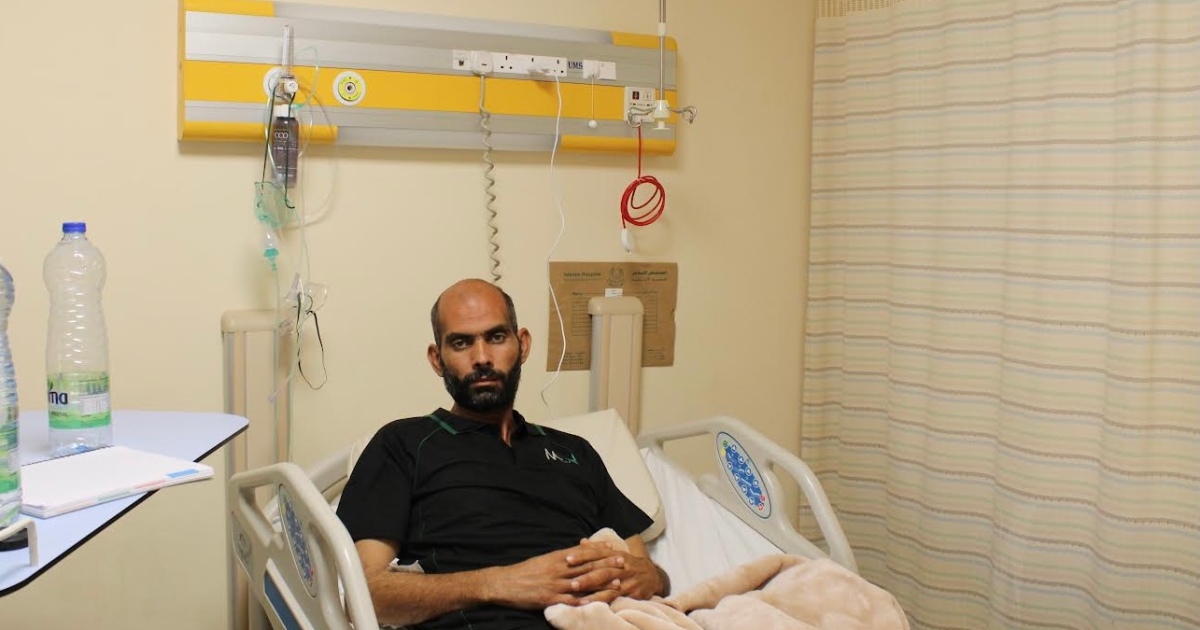 While employees at the Aqaba Ports Corporation (APC) have ended a seven-day strike following a deadly toxic chlorine gas leak last week, many of the survivors face a long convalescence and have recounted a litany of long-standing health and safety problems at the southern Jordanian port.

The leak happened after a tank carrying 25 tonnes of chlorine gas fell while being transported on June 27, killing 13 people and injuring more than 300.

During a press conference on Sunday to announce the results of an investigation into the incident, Jordan’s Interior Minister Mazen Faraya said that the main cause of the leak was “a lack of conformity” of the cable to the weight of the cargo, causing the cable to snap – in addition to negligence and a lack of precautionary measures and expertise in handling hazardous items.

Jordan’s cabinet fired the director generals of the state-owned APC and Jordan Maritime Commission and other port officials over the incident, Faraya said in the press conference.

On Monday, the APC Workers’ Union President Ahmad al-Amayreh told Jordan’s state media that the union had decided to end the strike over health and safety conditions after an understanding was reached with the newly appointed director general.

Mohammad Yousef al-Darawish, an employee of the APC for nearly 30 years, was one of the eight people still receiving treatment in hospitals for exposure to the toxic gas, as of Sunday. He told Al Jazeera he has never felt safe at the port.

“I’ve been employed [there] since 1995 and not once did I have a safety course,” he said, also referencing the lack of personal protective equipment provided for port workers.

“Thank God I am alive, but there are some people, my colleagues, who are dead,” al-Darawish said. “I saw them with my own eyes, very close to me, dead … It was a disaster.”

Union leader al-Amayreh told Al Jazeera that the Aqaba port had experienced a long period of “neglect over neglect”, and said the recent gas leak was not the only incident to occur as a result of malpractice and a lack of adherence to safety protocols.

Al-Amayreh referred to an incident last year where a metal pole fell and killed “one of our close colleagues”. Since then, he said, the union leaders had met regularly and had submitted multiple complaints over safety concerns at the port, but “nothing happened, nothing changed”.

Al-Amayreh said the personal protective equipment was “basically useless”, there were no safety courses for the workers, and there were “no strict orders to follow public safety guidelines”.

Now, under the recent agreement, additional safety measures will be provided at the port’s terminals and yards, according to al-Amayreh.

Hamzeh al-Hajj Hassan, the Aqaba Special Economic Zone Authority (ASEZA) deputy chief commissioner and also on the investigation committee, told Al Jazeera that the port incident was a result of “a problem with miscommunication, a problem with manpower who are not well-qualified, and definitely a problem with safety regulations”.

Hassan noted that about 2,700 people are currently employed at the port, while only 500 to 600 employees would be sufficient to carry out the work. He said that excess workers led to a major “manpower problem”, which contributed to the failure to check if the cable could support the chlorine container.

During the investigation into the incident, many who testified to the committee said they were unaware the container contained toxic chlorine, according to the ASEZA deputy chief commissioner.

Two truck drivers from Amman, who Al Jazeera spoke with on their sixth day of treatment for chlorine exposure, said they were not informed of the toxic nature of the gas.

The drivers had transported the chlorine gas from the National Chlorine Industries Company in Amman to Aqaba and were at the port when the container exploded.

“We had no idea that the gas was this poisonous. Nobody informed us,” Mohammad Fathi Attato, one of the drivers, told Al Jazeera. Attato’s cousin, who was beside him in the truck during the incident, passed away due to the chlorine exposure.

“If we knew this gas was this poisonous, we would have never gone to Aqaba,” he said.

Attato, the father of eight children, said he was informed that he may not be able to work for two to three weeks due to health complications from the toxic gas.

“If I don’t work, I don’t get paid,” he said, adding he has not received any information about compensation for his work-induced injuries.

“There were no safety instructions. No safety equipment,” he added.

Under the recent union agreement, APC workers will now receive an emission allowance of 30 Jordanian dinars ($42) to be paid this month and three percent of the company’s profits dispersed annually, according to al-Amayreh.

However, compensation for workers not employed by the APC, such as the truck drivers, is still unclear.

“As soon as I move away from the bed, I can’t breathe and I feel like I’m choking,” said Saeed Yousef Abdelkader, the other truck driver hospitalised for chlorine exposure.

Abdelkader said that during the blast “my eyes felt like they were on fire. My mouth was foaming. My lungs started hurting so much”.

Abdelkader stated: “If I knew I was loading this [toxic chlorine] material, even if I had no food at home, I would never have done it.”