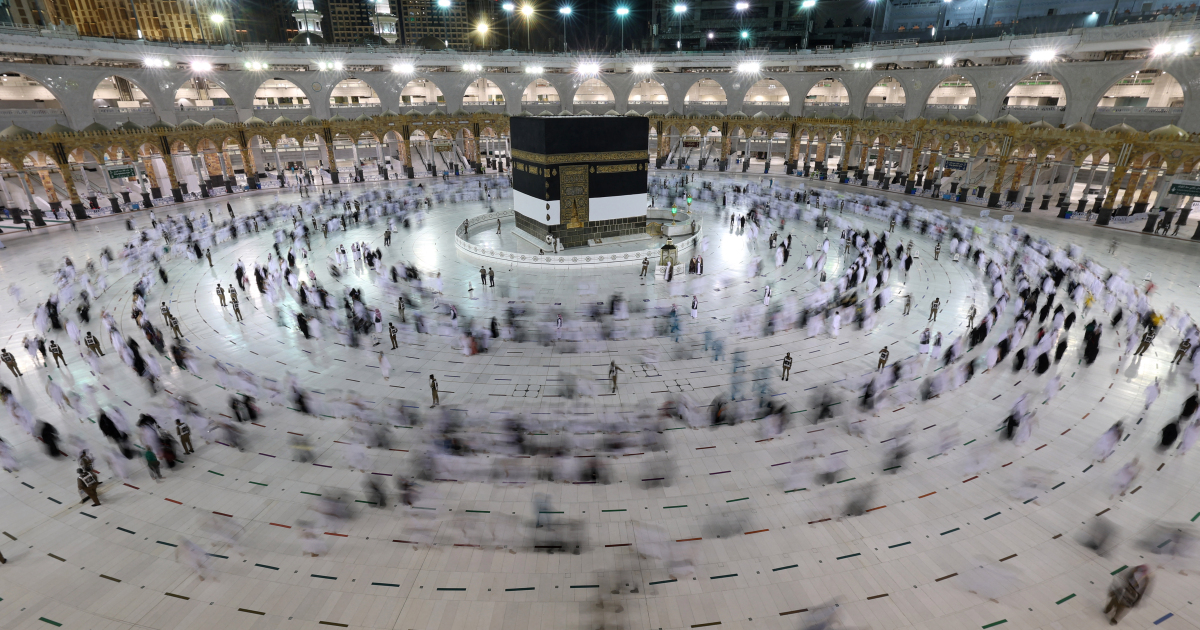 Saudi Arabia has been in the tourism business for over a thousand years, thanks to the Hajj and Umrah. But the kingdom has big plans to develop its tourism sector to attract more foreign visitors and keep more Saudis vacationing at home.

As Muslim worshippers complete a second Hajj pilgrimage pared down by coronavirus restrictions, Saudi Arabia is pressing ahead with plans to restart the kingdom’s nascent secular tourism sector as part of its ongoing efforts to diversify its economy away from fossil fuels.

Religious tourism has traditionally been one of the few ways visitors could enter the kingdom – home to Mecca and Medina, Islam’s two holiest cities.

That custodianship makes Saudi Arabia a destination for outsiders. Between the Hajj, which happens at specified times each year and is one of the five pillars of Islam, and Umrah, a pilgrimage to the holy sites that can occur at any time, the kingdom hosted 9.5 million pilgrims in 2019.

But Riyadh has plans to tap a tourist market beyond religious pilgrims, as part of de facto ruler Crown Prince Mohammed bin Salman’s (MBS) Vision 2030 blueprint to evolve the economy beyond oil revenues.

In September 2019, Riyadh introduced a tourist e-visa aimed at attracting non-Muslim visitors. But it had barely launched when COVID-19 ground the global tourism industry to a halt last year.

Only 60,000 vaccinated Saudi citizens and residents were allowed on the pilgrimage this year, while in 2020 the number of worshippers was restricted to 1,000.

The kingdom reopened its borders to a number of countries for tourism on May 30, but has since enacted new closures with the outbreak of the COVID-19 Delta variant.

“Obviously, this was another unprecedented year. Business around the pilgrimage was halted along with the newer adventure and cultural tourism sectors,” Chris Rosenkrans, a Jeddah-based tourism consultant, told Al Jazeera. 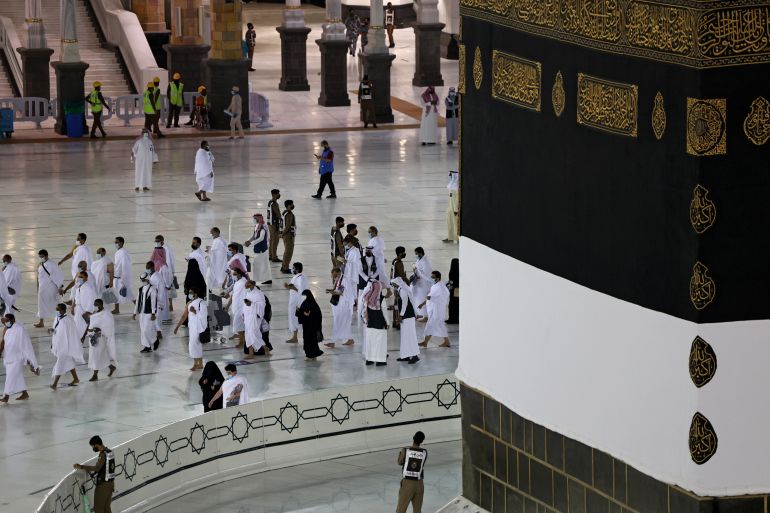 Muslim pilgrims circumambulate around the Kaaba, Islam’s holiest shrine, at the Grand Mosque in the Saudi city of Mecca during the annual Hajj pilgrimage, on July 17, 2021

For Jeddah-based tour guide Samir Komosani, watching his country closed off to any kind of international visitor is difficult.

“This big beautiful country has so much to offer visitors and I love sharing the hidden secrets of it,” he told Al Jazeera. “I think as COVID recedes we will see people from all over the world coming to Saudi Arabia.”

His optimism is shared by leaders in Riyadh who hope to boost tourism revenues from 3 percent of the country’s total gross domestic product to 10 percent by 2030.

Saudi Arabia is aiming to attract 100 million tourists a year by the end of the decade and increase the number of religious visitors from 17 million to 30 million by 2025.

To accommodate those hoped-for visitors, the government is expanding tourism infrastructure and trying to make the historically conservative country a more open and diverse destination for Western visitors and religious tourists alike.

In July, MBS announced plans to create a new national airline carrier and committed to invest over $147bn in transportation infrastructure over the next nine years. The kingdom is also mulling the construction of a new airport in Riyadh, Bloomberg News reported, citing people familiar with the matter.

“That [the new airline announcement] is really the pinnacle of tourism and shows their intentions,” Adel Hamaizia, a Gulf scholar at Chatham House, told Al Jazeera. “The big question is ‘Can Saudi attract enough travellers to make projects like the airline feasible?’”

The scale of Saudi Arabia’s ambitions can be seen in the megaprojects it is undertaking. The Red Sea Development Company – a firm owned by Saudi Arabia’s Public Investment Fund (PIF), the kingdom’s sovereign wealth fund – is building 50 hotels and 1,300 residential units along the country’s Red Sea coast as part of an eco-friendly coral reef resort. 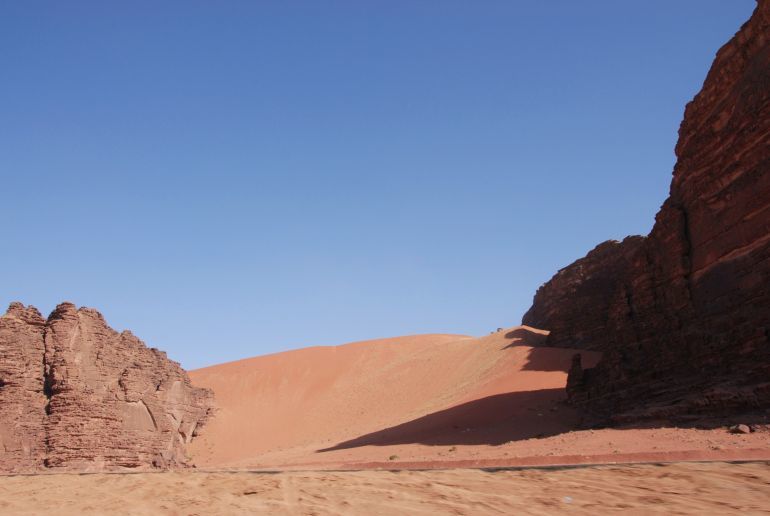 The PIF, which is tasked with deploying the country’s oil wealth to more sustainable industries, is also investing in a 334km entertainment capital and the $500bn zero-carbon desert megacity NEOM, which is the centrepiece of MBS’s economic transformation plans.

But Saudi Arabia faces stiff competition from its neighbours. Across the Red Sea lies Egypt, where the coast is dotted with large, established beach resorts, such as Sharm el-Sheikh. They have been operating for decades and have the advantage of lower prices, not to mention relaxed social codes and alcohol sales.

To the north, Jordan has also become a major tourism hub attracting visitors to sites like Petra and Wadi Rum, while the United Arab Emirates is doubling down on the hospitality sector as part of its efforts to wean its economy off fossil fuels.

But Saudi Arabia has something its neighbours don’t: the two holiest shrines in Islam.

“We have been in the business of travel for more than a thousand years,” Komosani points out, discussing the kingdom’s mantle as the cradle of Islam.

Bader Al-Saif, a Gulf scholar with the Carnegie Middle East Center in Beirut, said the kingdom is determined to attract more Western and Muslim tourists alike, but that custodianship of the holy sites gives them clear advantages with the latter.

“The pilgrims by default become tourists and no other country has that,” he said. “The Saudis want them to go to Mecca and Medina, but why not give them options to go somewhere else after that?”

Religious tourists may also find themselves more comfortable in a resort or city where alcohol is not served and social codes, albeit more relaxed in recent years, are still measured.

The kingdom’s efforts to develop its tourism sector could also yield dividends closer to home if they manage to keep Saudi citizens – and their holiday spending – at home. 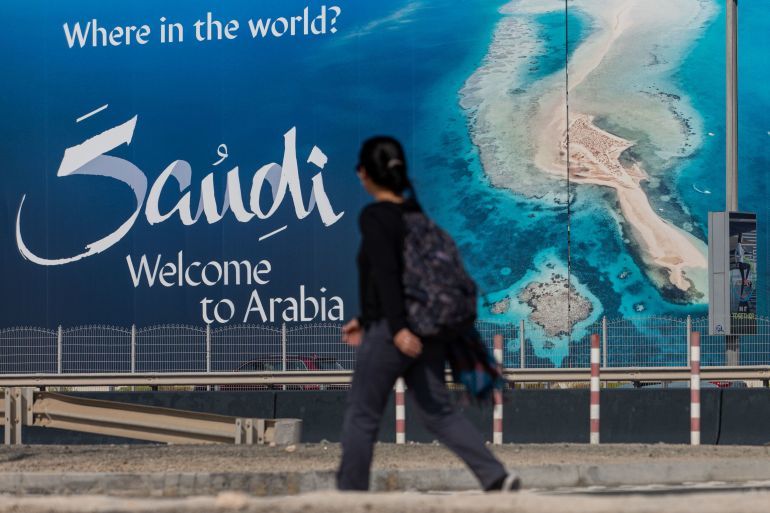 A pedestrian passes a billboard advertisement for the Saudi Arabian tourist board on Sheikh Zayed Road in Dubai, the United Arab Emirates

Saudis spent $22bn travelling abroad in 2019. In a country where more than half the population is under the age of 30, many citizens go abroad looking for entertainment options.

The liberalising social reforms spearheaded by MBS, whether it be allowing concerts or the mixing of men and women in public places, is as much about modernising society as it is about enticing young Saudis to vacation in their own country. And while the coronavirus pandemic limited the number of Hajj pilgrims for a second year, it bolstered the government’s efforts to promote domestic tourism.

“Tourism is not only dependent on people outside,” Komosani said. “The Saudi tourist is the most wanted in the world.”

Enticing domestic tourists and providing more options for religious pilgrims may likely be more achievable goals in the short term than attracting a large number of visitors from the West, he said.

“It’s not going to be Dubai overnight,” Rosenkrans noted.

But Komosani is confident that global tourists will come. And when they do, he is ready to show them all his country has to offer.

“Why do you think we have this new airline?” he asks emphatically. “Because we believe there will be a demand.”