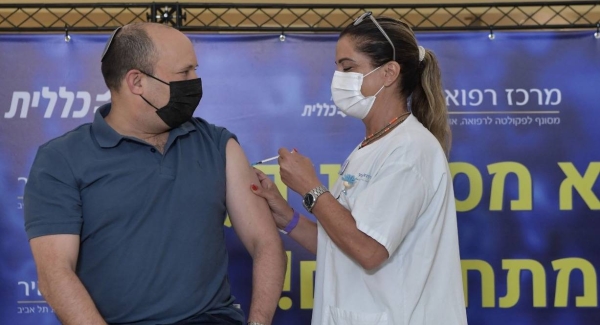 Thus, 49-year-old Bennett arrived at Meir Medical Center in central Israel where he received the shot. He called on the Israeli public to get vaccinated.
"If everyone gets vaccinated, we can avoid a fourth nationwide lockdown," the prime minister said. "We are at the peak of the battle, and together we can win".

According to the health ministry's decision, teachers, healthcare workers and pregnant women of all ages can also receive the third dose from now on.

Bennett said he expects the third dose to be opened to all residents later for those who received the second dose at least five or six months earlier.

So far, nearly 1.27 million people in Israel have been vaccinated with the third dose. 5.88 million have already received the first shot, and nearly 5.44 million the second one.
#covid 19  #vaccine  #covid  #coronavirus
Add Comment