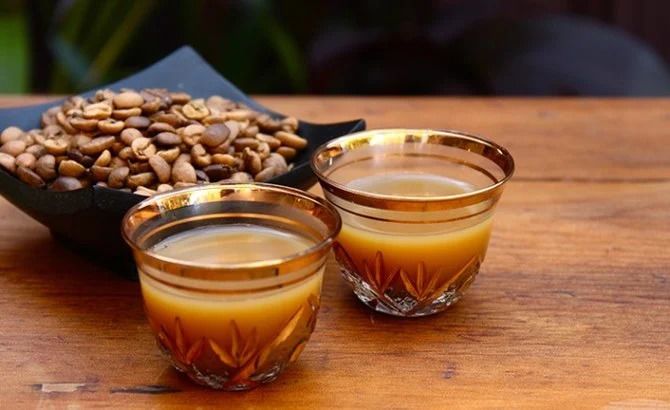 Almost every country has its unique coffee recipe offering foreigners an insight into the culture.

The espresso originated in Italy, while drip coffee was developed in the US. And in an interesting confluence of cultures, the Americano first appeared in Italy thanks to American soldiers stationed there during the Second World War who found the espresso too strong for their taste.

There are variations in the type of coffee even within the same country. Cafe bombon and the cortado both originated in different parts of Spain. In India, South Indian filter coffee is known around the country for its milky-sweet blend of coffee and chicory.

Coffee connoisseurs analyze the origin of the beans, the freshness of the roast, the grind size and so on. But in certain parts of the world, particularly the Middle East, coffee goes beyond the bean.

Arabic coffee, or “qahwa,” differs from one country to another, with variations in the bean, roast, brew time and spices. 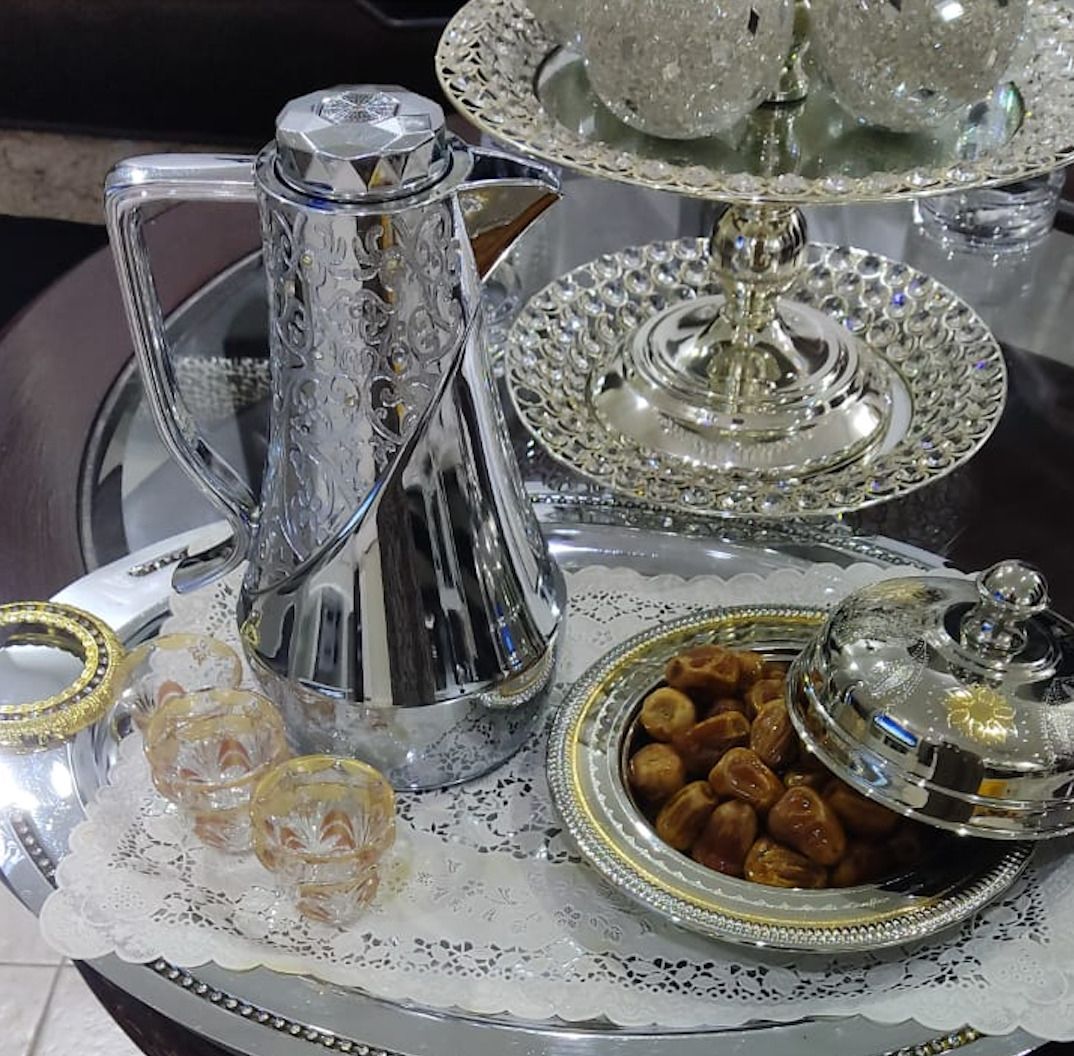 Arabic coffee differs from one country to another, with variations in the bean, roast, brew time and spices.

Saudi coffee is no exception and is distinguished by the addition of cardamom. In some regions, spices such as cloves and saffron are added to further enhance the flavor.

The drink is not suited to takeaway mugs and drinking “on the go,” but is an experience to be savored with every sip. In line with the Kingdom’s traditional hospitality, it is often served to guests paired with dates, dried fruits, nuts or chocolate.

However, the unique spiced coffee is not for everyone. American Micha J., 45, described it as an acquired taste. He found the flavors “different” from those he was used to, but has since grown to like it.

Rommel Gregore, 57, from the Philippines, said that the flavors “did not register well at first” — possibly because he was used to drinking instant coffee.

Saudi coffee is often served to guests at home, but is just as commonplace in the office.

Gregore was first introduced to it at work during a break, while Micha tasted it for the first time at a friend’s house, where it was served along with dates. 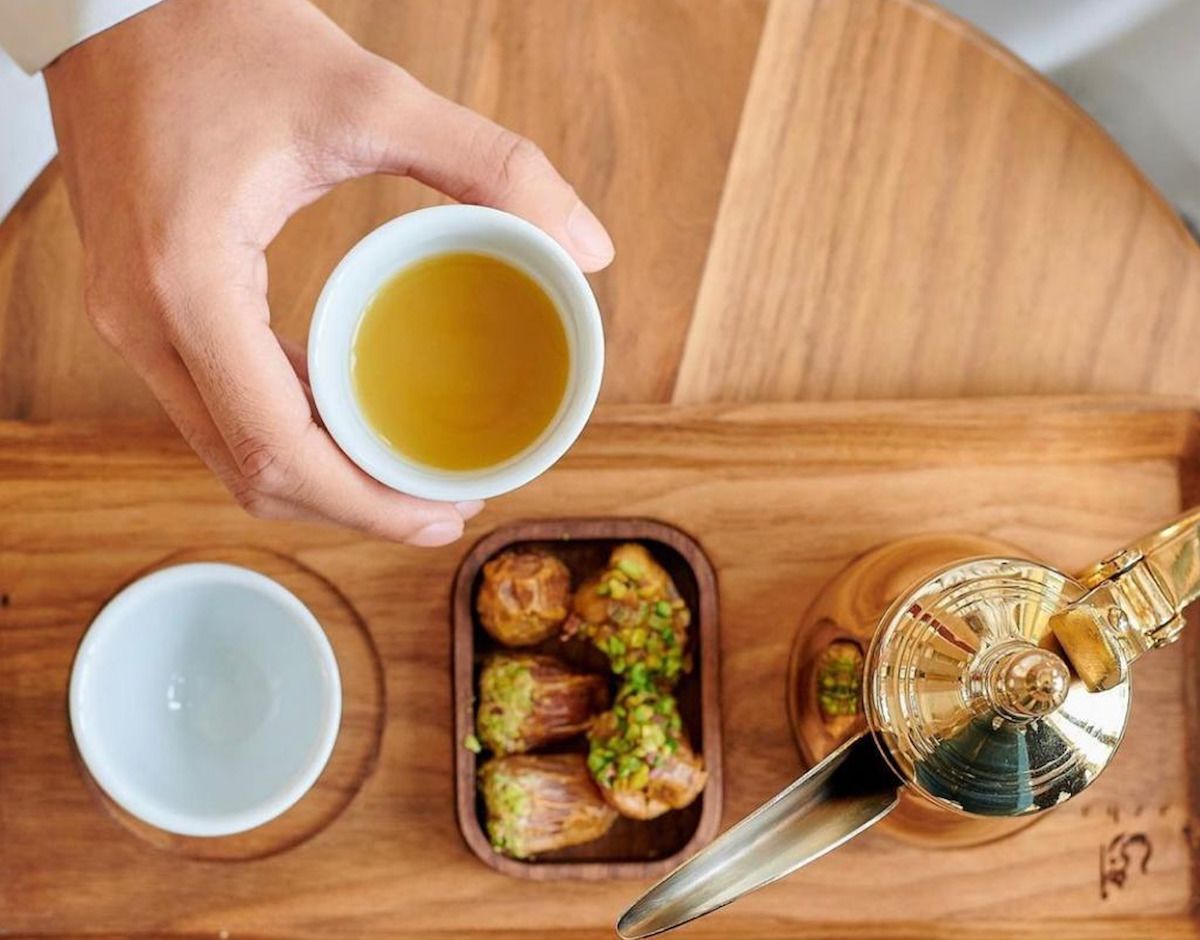 Saudi coffee is often served to guests at home, but is just as commonplace in the office.

The distinctive taste of Saudi coffee has been transported across continents, with one Toronto cafe, Hailed (Arabic for “cardamom”), serving it to customers along with dates and a tahini dip.

Much like the Kingdom itself, Saudi coffee is increasingly gaining recognition around the region and the world.

Yerin, 27, from South Korea, told Arab News: “Some countries, such as Ethiopia, are well known for their tasty coffee beans, and some, like Italy, have specialty coffee.”

Still, they all taste the same to her. “But Arabic coffee is unique and totally different from others,” she said.