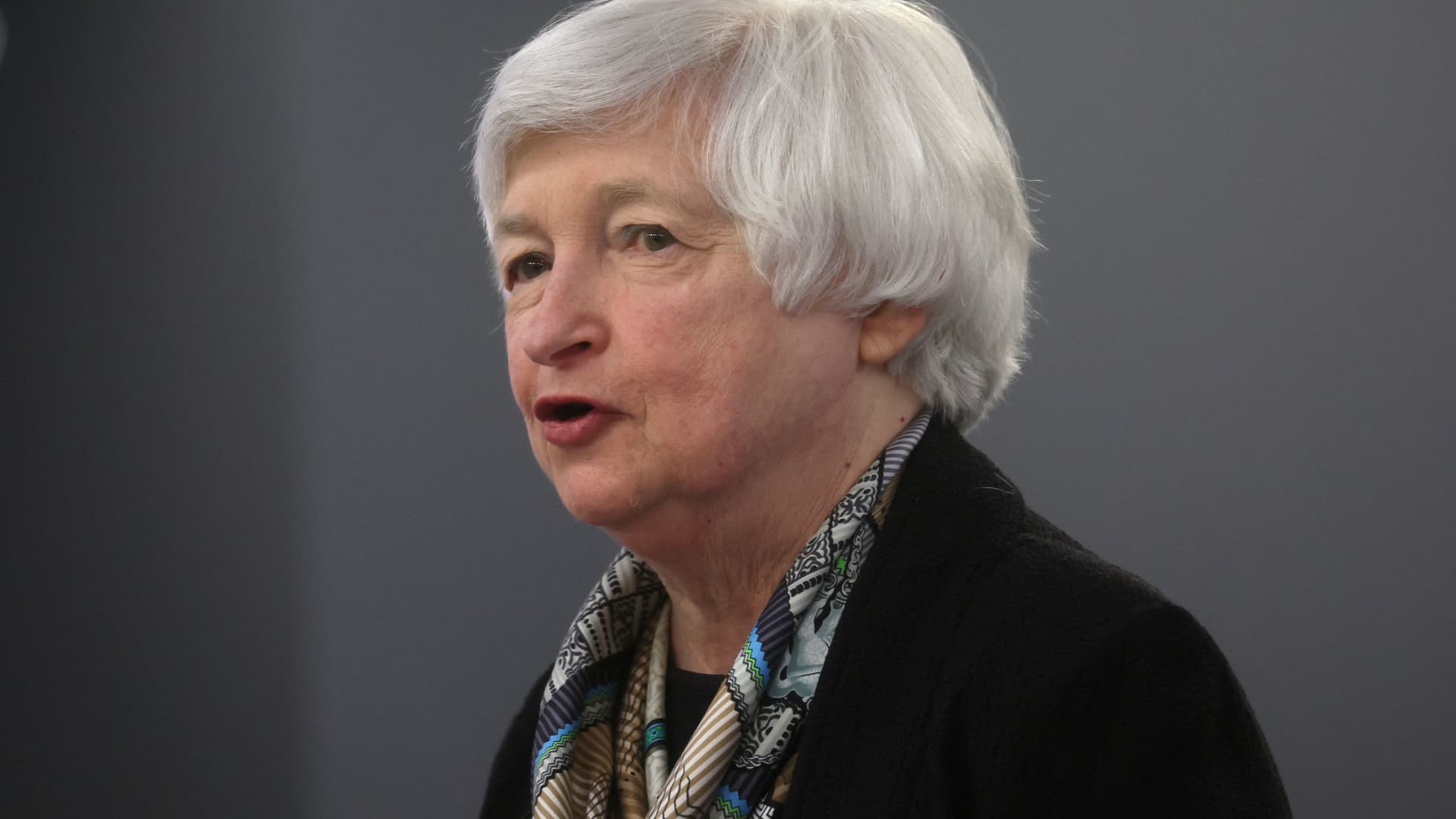 Yellen and her deputy, Wally Adeyemo, are set for a packed agenda across seven days of high-level economic meetings that kicks off Monday in Washington with leaders of the International Monetary Fund, World Bank, Group of Seven and Group of 20 largest economies.

The pair plans to use the IMF and World Bank spring meetings to discuss how the U.S. and its allies can work together to ensure that countries that rely on wheat and fertilizer exports from Russia and Ukraine don’t face widespread food shortages thanks to the European war.

“Secretary Yellen is deeply concerned about impacts that Russia’s reckless war are having on the global economy, including the risk rising food insecurity in emerging market and developing countries around the world, particularly as which are still struggling to recover from the pandemic,” a senior Treasury official told reporters Monday morning.

“The secretary believes the Russian invasion of Ukraine has demonstrated the need for the world’s largest economies to stand together to defend international order and protect peace and prosperity,” the official added.

IMF leader Kristalina Georgieva, World Bank President David Malpass and Gilbert Houngbo, president of the International Fund for Agricultural Development, each plan to attend at least some portion of the weeklong flurry of meetings.

Yellen will also hold a closed-door meeting with the prime minister of Ukraine, Denys Shmyhal. The Treasury Department said the two plan to talk over the Biden administration’s support for Kyiv and efforts to hobble the Russian economy, but did not offer further details.

The economic summit comes a week after the United Nations warned in a memo that Russia’s assault on Ukraine sparked a “perfect storm” of disruptions to global food, energy and financial markets that “threatens to negatively affect the lives of billions of people around the world.”

The U.N. memo also noted that Russia and Ukraine produce about 30% of the Earth’s wheat and barley and provide the majority of the wheat bought by 36 countries. Many of those include some of the poorest nations on Earth, the report said.

Thanks to the war and supply-chain pressures caused by the Covid-19 pandemic, food prices are at the highest levels ever recorded by the United Nations Food and Agriculture Organization, up 34% from this time last year.
#COVID-19  #Covid
Add Comment