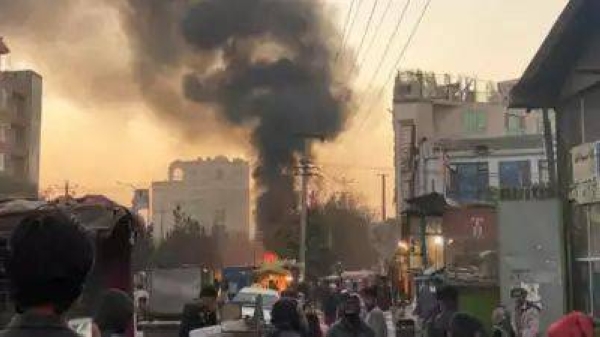 The explosions in Kabul and Mazar-e-Sharif in Balkh on Wednesday evening drew strong international condemnation.
The United Arab Emirates (UAE) strongly condemned the terrorist bombing that targeted a mosque in the Afghan capital, which resulted in a number of deaths and injuries, Emirates News Agency (WAM) reported.

It said the Ministry of Foreign Affairs and International Cooperation (MoFAIC) affirmed that the UAE expresses its strong condemnation of these criminal acts and its permanent rejection of all forms of violence and terrorism aimed at destabilizing security and stability in contravention of human values and principles.

The ministry expressed its sincere condolences to the Afghan people and families of the victims of this heinous crime and wished a speedy recovery to the injured.

The US special envoy for Afghanistan Thomas West said in a tweet that the US “condemns the cowardly terrorist attacks in Mazar-i-Sharif and Kabul" and “this violence serves no purpose.”

Rina Amiri, US special envoy for Afghan women and human rights,also reacted to the blasts.

“The heinous attacks in Mazar and Kabul serve no purpose but to inflict further devastation on innocent Afghans who have suffered enough,” she said. “Preventing these horrid attacks and addressing the security needs of all Afghans should be what the Taliban focus on.”

At least nine people were killed and 15 others were wounded in three separate blasts in Mazar-e-Sharif, the capital city of Balkh province, a local official said.

In the evening of the same day, another blast took place near a mosque in capital Kabul.

The department of Kabul security put the number of casualties at two wounded, but Emergency Hospital tweeted they have received 22 victims from the mosque blast, 5 of whom were dead on arrival.
#Afghanistan
Add Comment