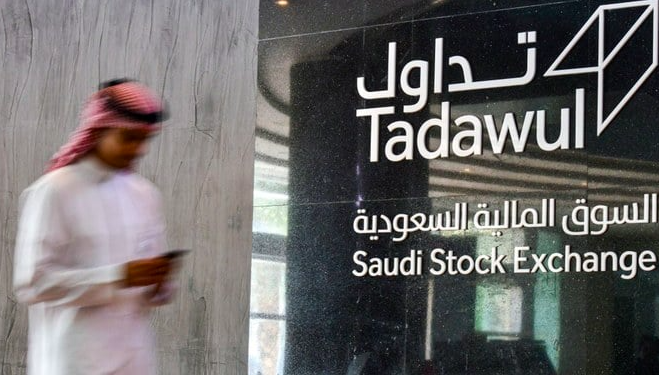 Saudi Arabia’s Tadawul All Share Index lost 6.83 points — or 0.07 percent — to close at 10,478.46 on the last trading day of 2022, succumbing to the gloomy wave that enveloped the global market following surging cases of COVID-19 in China and the geopolitical situation in Ukraine.
The total trading turnover of the benchmark index on Thursday slumped 18.83 percent to SR3.62 billion ($960 million) from Wednesday’s SR4.46 billion. The market breadth reflected the meager gains as 108 stocks of the listed 223 were northbound while 95 dipped in the red.

“The soaring COVID-19 cases in China have affected global sentiments and dampened hopes of a quicker demand revival in the country. An increase in aggression between Russia and Ukraine also affected markets today,” Junaid Ansari, head of investment strategy and research at Kamco Invest, told Arab News.

The sectoral pulse was also lackluster, as 13 of the 21 indices gained marginally by a few points. The topmost gainer was the Real Estate Management & Development Index, which closed 32.11 points higher to end at 2,500.23.

Stock markets in the Gulf Cooperation Council region had an unremarkable day, with all exchanges closing in the red except Bahrain, which closed 15.64 points higher to 1,895.27.

Conventional wisdom pointed toward oil prices that fell for the second consecutive day as the cause for the lackluster performances.

“Saudi’s TASI was the second-worst performing market in the GCC with a decline of 7.1 percent after Qatar’s DSM Index that reported a decline of 8.1 percent for the year. It was also the first decline in Saudi Arabia after six consecutive years of positive returns that saw the index soar from 6,911.76 points at the end of 2015 to a peak of 13,820.35 points on May 8,” said Ansari.

According to the Kamco Invest investment research team, the year saw merely three out of 21 indices add up while the rest declined. Software & Services Index was the best-performing during the year, increasing 25.3 percent.

The next best performers of 2022 were the Healthcare and Utilities indexes, with gains of 24.6 percent and 20.9 percent, respectively.

On the other hand, Pharma & Biotech Index reported the most significant decline during the year at 44.6 percent. In addition, large-cap sectors such as materials and banks were down 14.4 percent and 5.6 percent, respectively.

The Energy Index reported the smallest yearly decline of 1.6 percent.

The statement added that the short-term facilities extend for one year, while the long-term facilities range between eight to 10 years, including a two-year grace period. The share price of SPIMACO closed 0.37 percent to SR21.78.
#COVID-19  #Covid
Add Comment